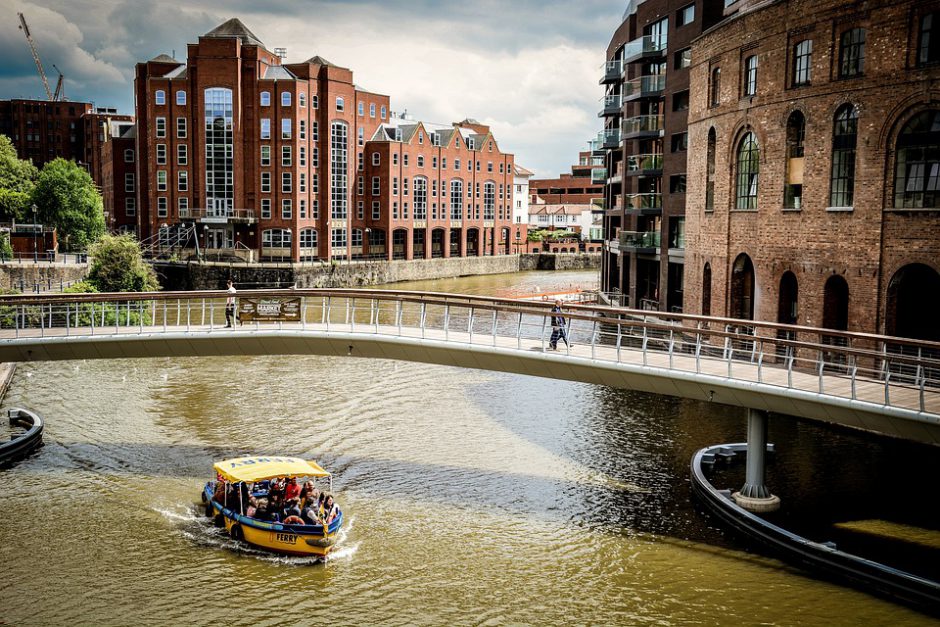 We spoke to Tim Bailey, a concert promoter based in Bristol. He very kindly answered some questions about the Bristol music scene for us.

Have you always lived in Bristol?

No, but I've been here for over 10 years now and lived in the BS3 postcode for 8 of them now so it really feels like home.

How did you get into music promotion?

I first started at University, starting a club night called Lofi Hifi (which we passed on to the next set of students and it ended up running for 10 years) as we just couldn't find a place that suited our eclectic tastes. We played everything from techno to krautrock to dance floor indie to The Darkness! I then ventured into putting on shows, we memorably put on one of Art Brut's first shows, and I had 20 people stay in my tiny two up two down cottage.

What was the first gig you saw in Bristol?

It was hip hop darling Princess Superstar at the Fleece back in 2001 I think, my friend bought me a ticket for my 21st birthday. We travelled all the way up from Exeter, it was an amazing show and heady night, ending up wide-eyed on the tour bus and ending the night doing a rap version of Livin' La Vida Loca in a dodgy spot called Benny's Nightclub. We ended up following her on tour for 3 shows after that and became personal friends with her and her tour manager who I was a bit in love with.

Most memorable gig you've been to?

The National in Oxford Zodiac without doubt, about 2002 I think, supporting Chris T-T. There were about 12 people at the show, Cherry Tree had just come out and I fell in love with the record. They played like their lives depended on it, and I left in floods of tears after the show - it still is the most moving show I've ever seen. I muttered some teary words of thanks at their guitarist then left to drive all the way home to Exeter.

A new band or artist from Bristol you’re excited about?

They've been under the radar for the last twelve months since their last single but it definitely has to be Seasfire. After my last band split up I wanted to do this downbeat electronic-pop record but I heard them and instantly gave up, their songs are swooping and melancholic, and Josh their singer is one of the most naturally talented vocalists I've ever seen.

Is there anything exciting happening within the city's music scene?

Yeah, loads. A new live space the Marble Factory launches next week at 550 cap- it's part of the Motion club complex, which will also start having loads of live shows soon at 1300 cap. It's been years since a new live space has popped up in Bristol, and everyone city wide has been talking about it. I've already starting putting shows in there myself, like King Creosote and Kate Tempest (that's my one and only plug!). Label wise, Howling Owl are doing great things putting out cools records, and the Young Echo Collective are really pushing boundaries in electronic music. There's loads of cool new bands too - Elder Island, The St Pierre Snake and Moon Club are all doing great stuff right now.

What's the biggest misconception about bands from Bristol that you'd like to challenge?

Ah man, that Bristol is all about 'The Bristol Sound', whether that is d&b, trip hop or more recently dubstep. Bristol is such a verdant city, full of exciting music and artists alike, not to mention the huge numbers of music fans too who like such an eclectic mix. There really is something for everyone.

Too hard! I worked at the Louisiana (120 cap) for a number of years and it really has a piece of my heart. I'm like part of the extended family now, and occasionally even get a free Sunday Roast! I've been at The Fleece for 4 years (well until today when I'm moving to pastures new), and it's been a real joy to help transform the venue from tribute band hell to the best rock venue in the city. Writing this I'm all a bit emo!

Is there a venue that's been and gone that you particularly miss?

Definitely got to be the Croft. It had sticky floors, a strange potent smell of fags, josticks and sweaty punks. Saw and promoted loads of cool stuff in there, the first trash talk show was absolutely insane. And possibly the best bill ever -Rolo Tomassi, Grammatics & Pulled Apart By Horses.

What's the best place to go to for a drink before a gig?

I've got to that age where I'm one of those craft beer snobs, so The Beer Emporium is definitely a favourite. I'm a sucker for metal pubs like The Hatchet, the Crown & The Gryphn too, they're like the places that time forgot, and sometimes I just want to listen to Faith No more and Machine Head of a Friday night.

Best thing about living in Bristol?

The pace of life and the friendly folks. It's the opposite of that London. It's a real creative hub, you just have to make sure you're not too settled else it can feel like the graveyard of ambition!