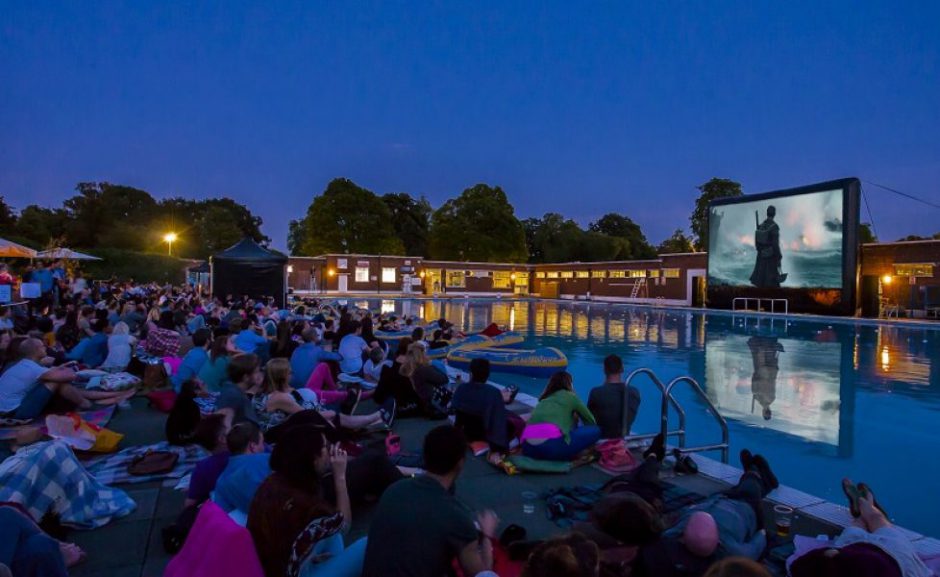 It gives us great pleasure to announce that another summer of The Luna Cinema has now begun!

Screenings of new and classic films in some of the most beautiful outdoor sites in the UK has proven to be a killer combination. We talk to George Wood at The Luna Cinema as the 2015 series of events kicks off.

What’s your role with The Luna Cinema and what does it involve?

My official title is managing director. Generally it involves steering the ship! I programme the season, find the venues we want to take the cinema to, and programme the events with them (deciding the dates, films, prices etc).

I sit between our marketing team who have the responsibility to generate the ticket sales and our technical team who deliver the events on the ground. What’s the criteria for selecting a Luna Cinema film? How many people are involved in making the selections?

We choose films that we think people will want to see in the open air/on a big screen and that will suit the location we are in.  We work closely with our venues to programme the films. Sometimes it's as easy as choosing Jaws for an open air swimming pool (an obvious choice!). At other times we agonise for days over what title will work best!

Do you think people are excited about the prospect of a mass Frozen sing-along?

Yes, they certainly are - Frozen is one of those rare phenomenons where everyone in the country from the age of 3 to 73 knew the lead song.  It captured the public's imagination in a way we've not seen in recent memory.

It meant that when we first screened the sing-along version the atmosphere was amazing - people of all ages, not just the core audience you would imagine of young children, absolutely loved it.  There was no need for us to have the words on the screen - everyone knew them all already!

Where would be the most iconic location to host a Luna Cinema event if you could choose anywhere in the world?

Anywhere in the world... I'd probably go for Gladiator in a Roman amphitheatre.  So if anyone owns a spare amphitheatre let us know.  In the UK, we already play many of the most iconic locations but there are a few we're working on for next year that I'm excited about.

What’s your favourite film and why?

My personal favourite is probably Back To The Future. It's one of those films that never gets tired - the audience still cheer when Biff gets punched at the end! For unforgettable experiences at open air cinema, I like anything that creates an effect on the audience - to hear the huge laugh in the last scene of Some Like It Hot each time we screen it, or even just the score from Gladiator and how epic that looks on the big screen, make me absolutely love those two as well.

What do you think sitting under the stars in a picturesque venue adds to the overall film watching experience?

The surroundings (sunset in a beautiful venue) are central to the experience we offer our audiences.

Often these are films that people have seen many times before but there's always a feeling that they are experiencing them in a way they never have before - the atmosphere at open air cinema is such a social one, with people engaging with the film in a way they never would dream of in a regular cinema. We ensure the sound and visuals are top quality and the venue / setting we are in does the rest - it makes for a unique cinematic experience, whether you are seeing the film for the very first time or know every word!

Are we likely to see The Luna Cinema pop-up in more UK locations next year?

Definitely - we already have five new venues in place and more are set to come on board for 2016.  Watch this space!

Buy tickets for The Luna Cinema taking place at venues across the UK with See Tickets. Events run until 27 September.