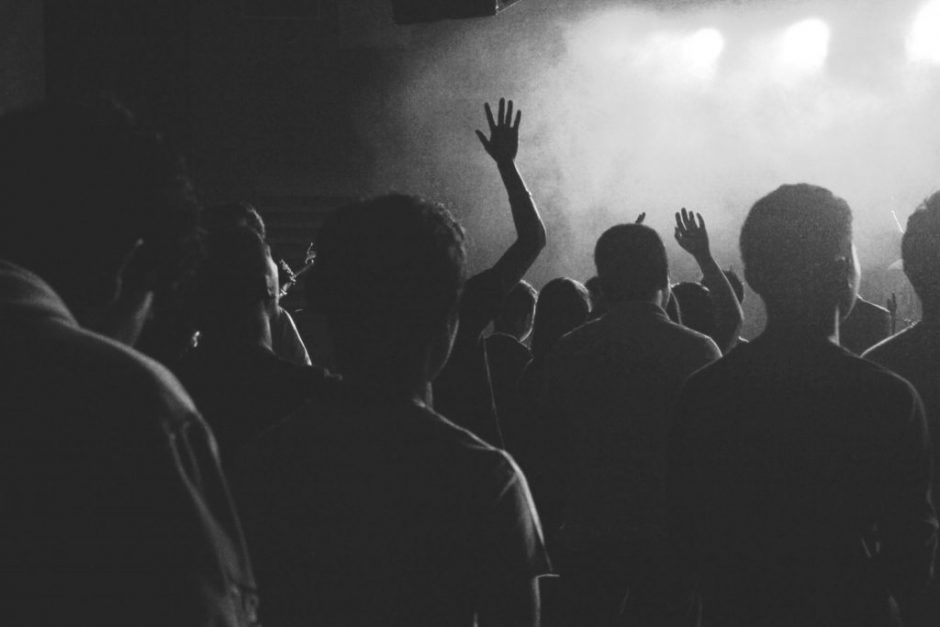 It's official. Summer is gone.

It's awful, I know. The days are getting darker, the rain is getting more frequent and unforgiving, and before you know it another year will be done.

But never fear! What better way to enjoy the Autumn/Winter period than with a whole bunch of amazing shows happening up and down the country in the next few months. Don't shut yourself indoors waiting for the cold to pass, get out and rekindle your love with music!

Get on your dancing shoes, and see what amazing tours we've got in store for you! Credit.

I have serious hair envy with Rae Morris. Credit.

Who: Rae Morris, English singer-songwriter
When: 1 - 15 October 2015
Why: She released her debut studio album 'Unguarded' earlier this year and describes touring as her "absolute comfort zone". She's performed at 28 festivals this summer, so you know she's going to be on top form for her UK tour!

Who: Swim Deep, indie-poppers from Birmingham, England
When: 10 - 22 October 2015
Why: Their second album is due for release later this month and they have recently revealed a 'band's eye view' documentary of playing at Reading & Leeds. If that doesn't get you in the mood, what will?

Searched for a gif of the band, but this seems like a pretty accurate representation. Credit.

Who: Blossoms, Manchester psych rock band
When: 2 - 23 October 2015
Why: They're in the process of recording their debut, so seeing them live might lead to a few sneak peaks of new material. Maybe, maybe not. You'll have to see them to find out?

ELIZA AND THE BEAR

I saw Eliza & The Bear once. Someone caught this clip of me there. So embarrassing. Credit.

Who: Eliza and the Bear, London based rock band.
When: 1 - 10 October 2015
Why: Their latest single 'Lion's Heart' was just BBC Radio 1's track of the day and got a 4* review from The Sun. They're being supported by The LaFontaines and Viola Beach. Sounds amazing.

See Tickets does not recommend trying to rip the arms off of any band member. Credit.

Who: Coasts, rock band from Bristol
When: 15 October - 1 November 2015
Why:  In December 2014 the band performed the songs, ‘A Rush of Blood’, ‘Oceans’ and ‘Let Go’ live on TV show Made in Chelsea. They've also just been on a tour of North America and are ready to tear up the UK.

Gengahr, I choose you! (If you're too young/old to get the reference, I'm sorry). Credit.

Who: Gengahr
When: 6 - 21 October 2015
Why: Their debut album was critically acclaimed by the likes of The Guardian and Line of Best Fit. The band say they are "still building towards recognition", so make sure you see them before they're massive!

Look how sad Foxes will be if you don't go to her shows? Want that on your conscience?! Credit.

Who: Foxes, English singer-songwriter
When: 22 - 29 October 2015
Why: With only a week's worth of tour dates (two of which are already sold out!) you need to catch Foxes live. Saying that she "finds greater inspiration in film visuals than music", you need to check her out.

Get moody and weird with a Sundara Karma show. Good karma guaranteed. Credit.

Who: Sundara Karma, Reading based indie band
When: 24 October - 7 November 2015
Why: Sundara Karma are spending most of the rest of the year supporting some massive artists such as The Wombats and Circa Waves, so they'll be thoroughly warmed up by the time they get to you.

100 points if you squirt the band with a water bottle (we definitely don't recommend that...) Credit.

Who: The Bohicas, Essex four-piece rock band
When: 3 - 19 October 2015
Why: Having released their debut album this year 'The Making Of', The Bohicas have been described as 'sparky indie rock'n'roll' by The Guardian. Sound good? Well then get yourself a ticket!

Bound to be a whole lotta love at a Shura show. Credit.

Who: Shura, British singer-songwriter and producer
When: 29 November - 8 December 2015
Why: Shura took a gap year after her university studies and developed her songwriting skills while working in the Amazon rainforest. Yep. You heard me. If that's not enough to tell you that her music needs to be heard, then I don't know what else to say. Get yourself a ticket.

If you don't do this on the way to Palace, you're doing it wrong. Credit.

Who: Palace, London Alt-Rockers
When: 15 - 29 October 2015
Why: They've recently been supported by Burberry, featuring Palace in their 'Emerging British Artists' playlist on Apple Music. They're also playing Liverpool Music Week on 23rd October with The Amazons and the aforementioned Shura. Convinced?

A moment of realisation when you discover Summer Camp... Credit.

Who: Summer Camp, English indie pop duo
When: 25 October - 4 November 2015
Why: Married couple Elizabeth Sankey and Jeremy Warmsley make up Summer Camp, who released their fourth studio album 'Mad Love' this May. They draw heavily from American culture from the 1960s–1980s. Love that, make sure you're there!

You vibe so hard... and you love Peace forever? Credit.

Who: Peace, indie rock quartet from Worcester, England
When: 24 October - 10 November 2015
Why: Their second album, Happy People, was released on 9 February 2015 and the band recently claimed "I think the [artists] who get bored with touring are the ones who have another option, who don’t need to tour to exist". On that note, you ought to go see them on tour really. Let Peace exist!

If we catch any of you dancing like this at Surfer Blood shows, high fives all round. Credit.

Who: Surfer Blood, alternative rock band from Florida
When: 24 September - 5 October 2015
Why: In April 2015, the song 'Swim' was featured in an episode of the Netflix series "Daredevil". Daredevil is awesome, and so are Surfer Blood so get out and see them in support of their latest album '1000 Palms'.

This guy seems to know the way to the show...? Credit.

Who: Josef Salvat, Australian singer-songwriter
When: 12 - 20 October 2015
Why: Finding international success after Sony used his cover of Rihanna's 'Diamonds' on one of their TV adverts, Josef Salvat performed at Lovebox Festival in 2013 and released his debut EP 'In Your Prime' in 2014 and is ready to show us Brits what he's got to offer!

All these gigs... I'm giddy with excitement. Credit.

Who: Rhodes, singer-songwriter from Hertfordshire, England
When: 28 September - 11 October 2015
Why: Rhodes debut album 'Wishes' came out today. TODAY. Make sure you check that out, and if you're digging it catch him on tour. Rhodes recently said about music that he "loves the escapism. The freedom in listening, creating and recording. It's a release and a way to express."

Seriously. Take it all. Just get me there. Credit.

Who: My Baby, Amsterdam indie funk band
When: 27 October - 6 November 2015
Why: They've been playing a few European festivals this month and recently toured Italy. I think, if anything, us Brits need to go show them why we're the best music lovers in the continent! They're all geared up and ready to rock the UK.

Get yourself tickets before it's too late. You don't wanna miss this one... Credit.

Who: Eaves, Leeds based folk singer-songwriter
When: 14 - 29 October 2015
Why: Eaves just played the amazing OnBlackheath, but if you weren't lucky enough to catch him then you need to be at his October tour. The deluxe version of his debut album "What Green Feels Like" will be released on 16th October, with four extra tasty new tracks for you to enjoy.

You've GOT to see Kid Wave. No, not this guy. Credit.

Who: Kid Wave
When: 18 September - 3 October 2015
Why: They're touring in support of their awesome debut album 'Wonderlust', which is out now. Kid Wave recently played a gig in a library of all places, but if you're not keen on feeling like you should be shushed, then see them at one of many amazing venues across the country.

Not just one show. ALL THE SHOWS. Warped Tour is insane. Be there!

Who: A whole bunch of bands on the Vans Warped Tour, alternative rock festival held in London
When: 18 October 2015
Why: I dunno about you, but I was always incredibly jealous of the US for having Warped Tour. But now it's here! The Vans Warped Tour UK has been going for a few years now and its line up just keeps getting better and better. Black Veil Brides and Asking Alexandria are gonna be there, are you?

So have we inspired you at all? Hope so, this Autumn/Winter is going to be literally the best music season ever.

Check out our Spotify playlist of all these amazing upcoming tours: