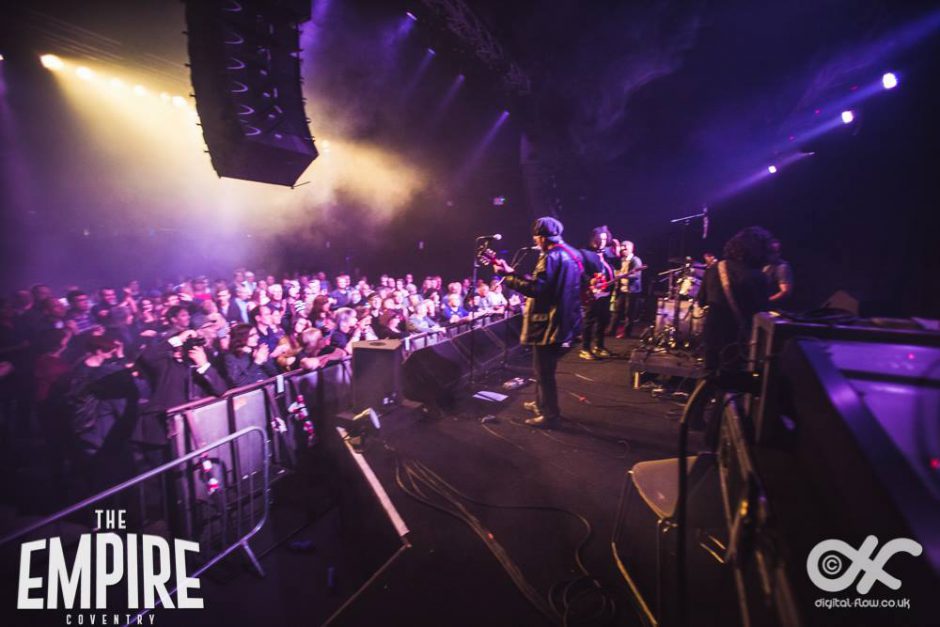 The Empire is a brand new music venue in Coventry, playing host to DJs, bands and musicians. Tickets for events at The Empire are available through See Tickets.

Tom Clarke from The Enemy is one of the venue’s directors. We talk to him to find out more.

Tell us more about The Empire, what's the story and how did you get involved?

My friend Phil (one of the venue’s directors) runs a bar in Coventry and was looking for nightclub premises. I’d heard he was going to visit a former student nightclub and I went along too. I thought I’d actually seen all of the possible music venues available in Coventry but I’d missed this one. As soon as I went in I could see that it had great potential. It seems to me very much like an O2 Academy style venue.

Why do you think the city hasn’t played host to many gigs over the years?

There hasn’t really been anything with the right kind of spec or size to accommodate a touring band. Also, I think there has been a lack of people within the city with the music industry contacts needed to attract bands and their promoters here. That is where I can come in as I have a foot in the door to an extent.

What kind of nights/genres are you hoping to put on and attract?

Literally everything. Already we have hosted Lee ‘Scratch’ Perry. Then 20 minutes later we turned the venue around to accommodate a house night.

I’ll be playing the venue with The Enemy this month and we’ve also got some other similar acts lined up too which are going to be really exciting. We’re now hosting Club NME too. It's the first one outside of London, plus we host ‘throwback’ nights with music from the 80s, 90s and 00s.

Coventry is a diverse and multi-cultural city and we want to make sure that The Empire offers something for everyone. That said, we also want to draw people from outside of the city too. You can do that when you have a venue of the right spec.

There are bands I know that have played Birmingham many times and so rather than continue playing those same venues, we can now offer them a place to play. People will travel when you have the right acts performing.

Do you have any development plans for the venue?

There are already plans to increase capacity as we have a cocktail bar and balcony on the way. We’re also investing in a dressing room complex too for artists playing here.

I’ve been touring for ten years and much of the venue is built around the kinds of things that as an artist you’d want a venue to have. We’ve also looked at it from the customer’s point of view and with that in mind we now have The Empire.

With the number of nightclubs said to be in decline, do you feel now is the right time to open a venue?

The nightclub industry is in decline but the live music industry has actually grown. Whilst it’s important that we don’t substitute one with the other, the two can help each other. It’s important to have a good balance and that’s what we’re aiming for.

I think the most important thing is for investments to be made in venues – your customers can see you invest which encourages them to keep coming back.