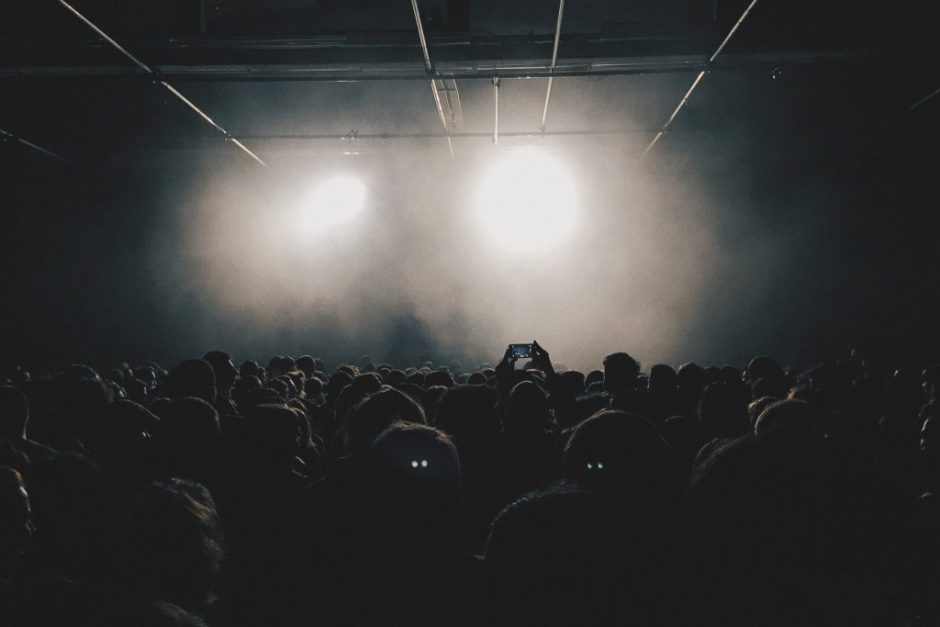 Independent Venue Week is back for its third year this week, celebrating with a week-long series of gigs around the UK.

The 7 day long campaign which runs nationally but with a local grassroots focus has grown again from last year with 120 now venues taking part, from Aberdeen to Exeter and Belfast to Norwich.

Among venues joining this year are The Deaf Institute in Manchester, The Globe in Cardiff, Village Underground in London and The Rainbow Venues in Birmingham.

Here at See Tickets, we caught up with some of the venues participating in this year's IVW. Check out our interviews below:

We spoke to Ade Dovey at The Deaf Institute about Independent Venue Week:

Describe The Deaf Institute in 3 words.

Who is the biggest/most successful act to perform at The Deaf Institute to date?

There has been so many it would be difficult and also mean to pick just one! I would say The xx have bloomed into a huge success story since way back when.

For me the best shows I’ve seen at all 3 venues of ours would be (and I might get tutted at here!) The Deaf Institute: Fuck Buttons, Gorilla: American Football, Albert Hall: Underworld. In all time? I guess when my first gig when I was 5 seeing Michael Jackson on the bad tour or Hall & Oates at Manchester Apollo.

What has been the most memorable show at The Deaf Institute and why?

Even more so. I think that’s been a major element to our success for our venues. You know you’re coming into trusted venues run by music lovers and not being forced products down your throat for a quick bit of cash.

What makes The Deaf Institute unique?

I’d like to think it’s the Dolly Parton wall paper! But it has to be down to the lovely people who come back and back again for the gigs, club nights, beers and scranny food. That and the wallpaper!

What can we expect from The Deaf Institute in 2016?

We’ll we’re looking to put more gigs on, more social events in the bar and basement. Just more more more. I think it’s our 8th year so we’ll do what we do best and if people are coming in from the cold & rain we’ll make it your second home no problem.

For us every week is independent week. Lets celebrate for 52 weeks a year!

We spoke to Nick Stewart at Sneaky Pete's about Independent Venue Week:

Who is the biggest/most successful act to perform at Sneaky Pete’s to date?

Probably Mumford & Sons, whom we've stayed friends with through hosting their Communion nights.

Bob Log III might just have been the most fun, he was crowdsurfing on a rubber dinghy by the third song.

What has been the most memorable show at Sneaky Pete’s and why?

The electric atmosphere when Hudson Mohawke played, not long after announcing that he was working with Kanye West, was unforgettable.

Every part of our business is music-driven. How we feel about music helps inform all of Edinburgh's taste, and we can't compromise that.

For gigs, we've got the best production available for a venue our size, and at just 100 capacity, that's a seriously small size. For clubs, we become the best social club for music fans and there is a great community vibe here.

Increasingly there is a scene around the club, and this year will see the first raft of resident DJs such as Hi & Saberhagen releasing their own records on well known labels... it's an exciting time to follow music from Edinburgh.

A lot of noise is made around Independent Venue Week about smaller venues being springboards to later success for bands, but that's a minor part of our story. Our favourite shows are when we present niche, excellent shows to just the right size of audiences. Being small is an asset, we don't aim to be a miniature of a bigger venue, we've got something special going that bigger rooms can't match.

We spoke to Mike Jones at the MJR Group about Independent Venue Week:

Describe The Globe in 3 words.

Who is the biggest/most successful act to perform at The Globe to date?

There are a lot! Royal Blood / Jess Glynne / Catfish and the Bottlemen have all played for us over the last few years. But equally bands like The Misfits who've toured internationally since the 70s are up there too.. seeing them in a venue our size with all they've given the world was crazy

My favourite concert of all time is a tricky one.. probably The Rolling Stones at Glastonbury a few years back with an honourable mention to Slipknot at Download Festival in 2008-ish..

What has been the most memorable show at The Globe and why?

Again there have been a lot! The most memorable show at The Globe for me was not neccessarily the biggest or most successful band to ever play for us by any  means.. it was a band called Merchandise a few years back who'd been getting a lot of great press but had never really 'clicked' with audiences in the UK. Their sales for both records and shows were always quite low but when they played The Globe they just felt at home straight away. The audience really warmed to them and it was a real turning point for them as far as touring the UK went. The band seemed pretty nervous and on edge when they arrived at the venue but they couldnt stop smiling afterwards.. in the end we had to kick them out as they wanted to stay in the venue all night..

I don't particularly hold the view that having sponsorships is a bad thing for a venue providing they use that financial benefit in the right away. I think if a venue is run with love that shines through... regardless of if there's a silly name on the sign. And ultimately if a sponsorship allows a venue to continue offering unique and interesting performances to the public then good luck to them!

What makes The Globe unique?

Obviously the building itself is a bit odd in that it's a converted cinema.. but as corny as it sounds, what makes The Globe unique is its audience. There's nothing quite like the Welsh humour particularly after a few drinks. Some of the conversations I've heard at the front of the building after a show can't be repeated on record.

You can expect an even more varied programme of shows to suit all tastes... rock / hip hop / reggae / punk / indie / pop / metal /dance and whatever else I can fit in. I'd also like to bring in more family events and events specifically for children too.

We spoke to Danni Brownsill,  Head Promoter/Chief Booker of bands at The Sugarmill about Independent Venues Week:

Describe The Sugarmill in 3 words.

Who is the biggest/most successful act to perform at The Sugarmill to date?

That's a tough question, because a lot of the acts weren't big or successful when they played here (Muse, Coldplay, Daft Punk, Kasabian etc.). In terms of being big at the time of playing, I guess Ian Brown, Johnny Marr, Martha Reeves have got to be up there.

That's a tough question, because different shows move you in different ways. My favourite show I've ever worked on is probably Johnny Marr last year. I grew up listening to The Smiths and have hero-worshipped Johnny Marr since I can remember. He was as incredible as you can imagine, both on-stage and in person. They say never meet your heroes, but if your hero happens to be Johnny Marr then that saying doesn't apply. He's the nicest man you could possibly meet!

What has been the most memorable show at The Sugarmill and why?

I think the most memorable show has got to be Gallows. Frank Carter got injured in the middle of the set, and had blood streaming down his face. He finished the song, and then went off-stage to check the damage. We had to send him to hospital, and his brother finished the set for him. Made for a pretty iconic image, him with blood on his face screaming into the microphone. We're looking forward to Frank returning to the venue next month with his new band - he certainly has unfinished business in Stoke!

Independent venues play a very important part in the UK music industry. We don't have massive budgets to play with, and with small venues, profits are minimal. What this does though, is it ensures that the people who run them are exclusively the kind of people who are in the business for the passion of delivering live music to the masses. Without venues like ours, new bands can't build their audience and practice their craft to become the stadium-fillers of the future. We're the first rung on the ladder, and it's at venues like The Sugarmill that the important "I was there" shows happen.

What makes The Sugarmill unique?

I think what we do well is to look after all the bands who play at our venue. Whether it's a big artist who sells the venue out, or some local kids in their first band playing their first show. By reputation, bands know that when they play at our venue they will be looked after. Let's be honest, no band planning a tour would think that Stoke is a 'must-play', but bands want to play because of our reputation.

What can we expect from The Sugarmill in 2016?

We've got lots of exciting things planned for this year. We have sold out shows in the diary with Lucy Spraggan, Blossoms, John Cooper Clarke, plus shows with The Sherlocks, Therapy?, Eliza and The Bear, The Rifles, Teleman, The Bluetones and much much more. We're also bringing the incredible Wolf Alice back to the city with a show at Keele Uni in March. It's always exciting for us to bring a band back to the city when they are getting bigger!

Independent venues rely on people taking the time to check out new bands. Listening to new bands on Spotify etc certainly is a good thing, but there is no substitute for seeing a band live. Everyone who cares about music should take advantage of having these sorts of venues on their door steps by going out to their shows and keeping them alive.