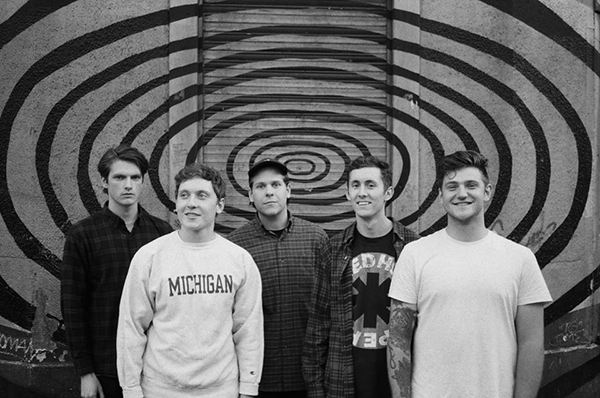 Suffolk quintet Basement head out on a UK headline tour this week. Here's all you need to know about the emo rockers.

After the demise of pop punk band In This For Fun, Basement formed in the Autumn of 2009. They soon gained plenty of attention through their debut EP 'Songs About The Weather.' Over the course of 12 minutes, the EP took the post-hardcore / punk sound of Pennsylvania-based bands such as Title Fight and Daylight and saw Basement put their own raw British spin on it.

2011 saw the band follow up the EP with an exceptional debut album in the form of 'I Wish I Could Stay Here.' With its straightforward melodies and impassioned and emotional lyrical edge, Basement's stature soon grew through touring the UK, American and Australia.

The release of their second album, 'Colourmeinkindness,' in October 2012 was preceded by the announcement that Basement would be going on hiatus the following month. Nevertheless the album proved to be nearly flawless as the quintet embraced indie / grunge elements. Whilst the bands raw emotion remained intact through songs such as 'Covert,' 'Spoiled' and 'Pine.'

In early 2014, the band reunited for a shows in America, Australia and Japan followed by an appearance at Reading and Leeds Festivals. An EP entitled 'Further Sky' saw its release in June of 2014, seeing them pick up where they left off.

2015 saw the band work on their third album, 'Promise Everything'. After much anticipation, it was released last month to plenty of acclaim. Undoubtedly a Basement record at its core, LP#3 shapes up to be a more sonically alternative rock record emphasising sensible melodies along the way.

Where Can I See Them and When?

With 'Promise Everything' now out, Basement are on a UK tour where they've been joined by indie rock/emo duo Tigers Jaw and multi-instrumentalist Alex G. Together they make a triple bill of diverse indie rock. It is sure to make everyone in attendance walk away more than satisfied.