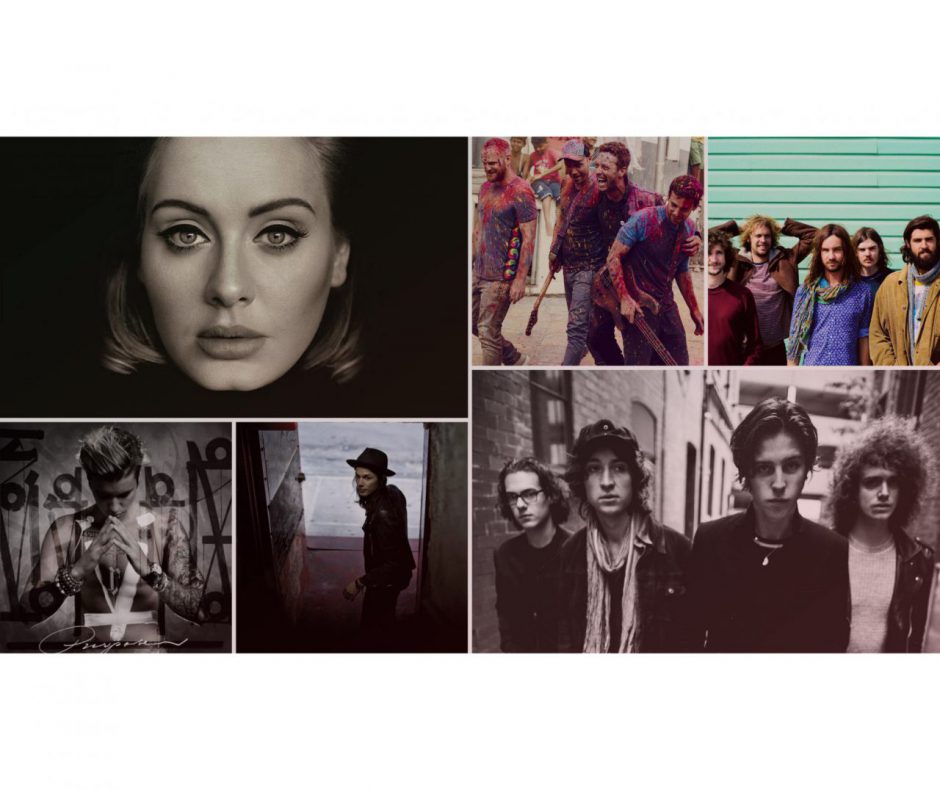 Last night, the nation tuned in to this year's BRIT Awards for a night of high class entertainment, music and celebration. There were tears, tributes, flames and fabulous performances. In case you missed out on all the fun, we've summarised the winners for you right here and where you can see them live if you choose.

Adele certainly started the night as she meant to go on. Picking up the first award of the night, for British Female Solo Artist, it's not surprising considering the year she's had. She continued on to win Best British Single, Global Success & Mastercard British Album Of The Year as the night went on too. Her UK tour was announced back in November and it sold out in just minutes - hopefully you were one of the lucky ones and bagged yourself a ticket!

And congrats to the lovely @adele for bagging her first award at the #BRITs2016 tonight! Who's excited to see her on tour next month?!

An exciting ten minutes for James Bay last night, as he jumped straight from performing with Justin Bieber on stage to receiving the award for British Male Solo Artist. James Bay is all over the country at the moment - he's playing four sold out nights at Hammersmith Apollo, London later this month, but never fear! You can catch him live at Wild Life Festival in Brighton, at Manchester's Castlefield Bowl as part of Sounds of the City or at Boardmasters Festival in Cornwall!

Tame Impala scooped up the prize for Best International Group at this year's awards. It's not been too long since they were playing in the UK - earlier this month they played massive shows at Manchester Arena and Alexandra Palace in London. However, if you want to see them again soon, you might have to travel a bit further. They'll be appearing at Bilboa BBK and NOS Alive festivals in Bilboa, Spain and Lisbon, Portugal respectively later this year!

They opened the night with an amazing performance, littering the entire ceremony room with confetti from the word go. Coldplay then went on to win Best British Group at the awards, and we couldn't be more pleased for them! Coldplay announced back in November that they were to be heading out on a stadium tour this summer and went on to sell out three nights at Wembley Stadium. There's still tickets left for their fourth and final date, so grab them now if you don't want to miss out!

The Bieber is back and dropping bangers like there's no tomorrow. So it's entirely unsurprising that he managed to grab Best International Male Solo Artist at the BRITs. We were so excited this week to announce that Justin Bieber will be appearing as headliner at this year's V Festival, so if you fancy seeing him live, this is your best bet!

Are we really surprised? 😏 Not one bit!
Catch the Biebs at @vfestival this summer!https://t.co/TaJLd8COIl https://t.co/xMCBaRIfOq

We love Catfish, and they've had such an amazing rise to success this past year. They sold out Manchester's Castlefield Bowl in 6 minutes flat and now they're all set for a headlining UK tour April. They're also headlining Liverpool Sound City this year, so there's plenty of opportunity to see the boys this year!

Jack Garratt was crowned winner of the 2016 Critic's Choice Award back in November. Since then he's sold out a UK tour and confirmed appearances sister festivals Parklife and Wild Life Festival.

See more of our BRIT Awards highlights below!

As are we! 💃💃
She's at a tonne of festivals this summer, just to let you know...https://t.co/WnHnHdylkp https://t.co/9dZQDSuED1

The one we've been waiting for! So amazing 😍😍
See Rihanna on tour this June!https://t.co/X8jAhmKagP https://t.co/dYOmJQ6IZu

We love a bit of @LittleMix! Loving them even more at #BRITs2016. How many of you are seeing them on tour? https://t.co/SW2AvV11cC

It's 2 for the price of 1 on the #ANTIWorldTour - see @rihanna and @theweeknd this summer! https://t.co/X8jAhmKagP https://t.co/0BoxAgI38G

Come on, @Adele, you're just being greedy now! 😝 Big congratulations on receiving #AlbumOfTheYear at #BRITs2016 🎤🎶