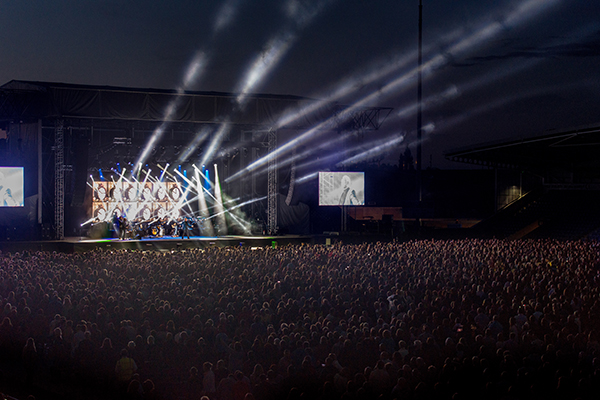 Festival season is fast approaching, and fans of all things rock and metal are once again being spoiled for choice.

To make the task of which festival to hit up in the coming months easier, we’ve put together this useful round-up of what the world of rock and metal have to offer this year.

Without a doubt the UK’s premier hard rock and metal festival. Download never fails to disappoint by delivering a stellar line-up of legendary bands, established acts and up-and-coming names from across the world.

Weekend tickets start at £190. Day tickets are priced at £87.50. Tickets can be purchased here at seetickets.com!

Serving as a heavier alternative to the mammoth Download Festival, expect to see the likes of acclaimed death metallers Behemoth, French technical metal specialists Gojira, and  influential thrash band Anthrax to make an impact in August.

Standard weekend tickets are priced at £146. Tickets can be purchased here at seetickets.com!

For those who want their fix of classic and contemporary rock, progressive rock, blues and country, look no further than Kent’s Rambin’ Man Fair. With a line-up producing a who’s who of classic rock and prog, the bill is led by the legendary Whitesnake with Kentucky hard rockers Black Stone Cherry closing the festival.

On top of that the likes of Thin Lizzy, Thunder, Europe and Airbourne will be bringing more riffs than you can handle. Whereas Procol Harum, Hawkwind, and Uriah Heep will mesmerise you with their prog rock stylings.

When: June 3rd to 5th with a warm-up event on Thursday June 2nd
Where: Motion, Bristol
Who’s playing:  Carcass, Melvins, Acid King, and many more.

Returning for the third year running, Bristol’s Temples Festival is set to offer three days of some of the heaviest rock and metal you’ll hear all summer.

With bands from across the world of death metal, thrash, doom, grindcore, crust, and sludge on  hand, influential Washington band  Melvins and Liverpudlian melodic death metallers Carcass headline the main portion of the festival. Whilst over 40 other bands will be playing across multiple rooms.

When: May 28th to 30th
Where: Various (Leeds, Birmingham and Hertfordshire)
Who’s playing:  Panic! At The disco, Of Mice & Men, New Found Glory, Mallory Knox, Yellowcard and many more.

It is celebration time for the Slam Dunk Festival as 2016 marks the 10th anniversary of the festival. This years line-up combines some of the best names of previous years with a handful of impressive up-and-coming names.

Headlined by burlesque pop-rockers Panic! At The Disco, Slam Dunk Festival is set to showcase the very best of what the worlds of rock, hardcore, metalcore, ska and pop punk has to offer. From Of Mice & Men to New Found Glory to Mallory Knox to Capdown all the way through to emerging names such as Moose Blood, ROAM and Northlane, Slam Dunk leaves you spoilt for choice.

Individual day tickets start at £46.20. With a “Mega Ticket” for all three dates including afterparty is priced at £165. Buy Slam Dunk Festival tickets here at seetickets.com!

When: May 19th to 21st
Where: Various , Brighton
Who’s playing:  Band of Skulls, As Lions, Shvpes, Black Foxxes, Boy Jumps Ship and many more.

Often thought of the UK’s answer to Austin, Texas’ SXSW event, The Great Escape is three days of nearly round-the-clock music spread across Brighton. With over 450 acts playing in 30+ venues, there is plenty to see over the three days.

Three day tickets are priced at £59.50 and can be purchased here at seetickets.com!