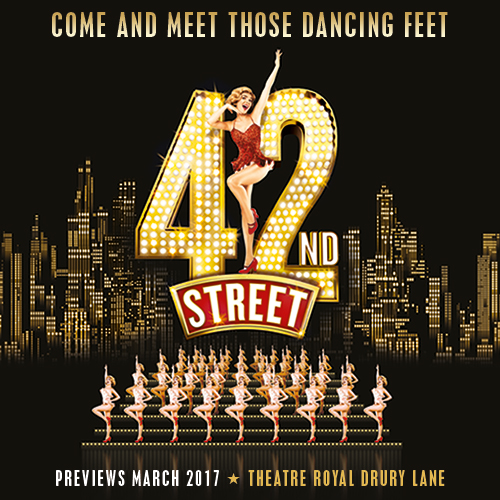 42nd Street is coming back to its original West End home at the Theatre Royal Drury Lane. This eagerly anticipated revival is coming back bigger than ever with huge chorus lines and a cast of over 50.

It was originally a Warner Bros film back in 1933, based on the novel of the same name by Bradford Ropes. The musical follows small town girl Peggy Sawyer in her quest for superstardom on Broadway. When the lead performer in Pretty Lady breaks her leg, Peggy has to step in, how will she cope?

Funnily enough, the original West End version of 42nd Street brought with it a similar story to that of Peggy Sawyer. Due to a holiday and an illness both the actress playing Peggy and her understudy were unable to perform. A young chorus girl stepped forward and made her jump to stardom. That teenage star was beloved Hollywood actress, Catherine Zeta-Jones.

It's full of lots of those Classic Broadway numbers that you know, but probably  have no idea where from, including this absolute gem. Here's a clip of the original Broadway cast in 1980 singing "We're in the Money"

If you'd like to see this Olivier and Tony Award winning show, it opens at Theatre Royal Drury Lane in March but tickets are selling fast. Tickets for previews from £16.50.