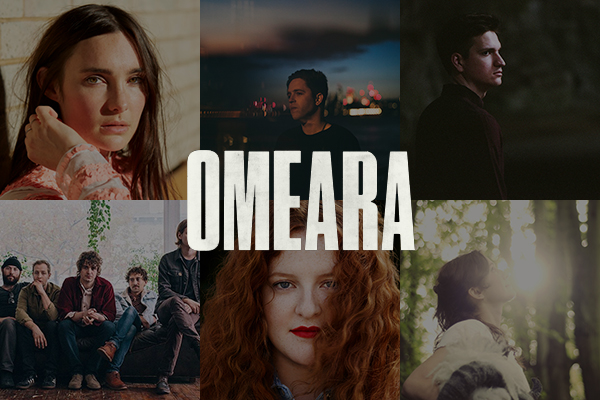 Ben Lovett (member of Mumford & Sons, co-founder of live promotions and independent label Communion, and active bastion for London’s music community) has just launched London's Omeara, a unique space within the new Flat Iron Square in Borough, bucking the trend for venue closure in the UK.

Omeara is launching on the 19th October, with The Pretenders performing the first official show there on the 20th October. Omeara is set to be a platform for a new wave of up and coming artists to emerge and perform to thousands of people every year.

Having toured extensively across the UK and the rest of the globe, Lovett was keen to provide a London venue with first-class facilities for touring acts, and a quality experience for music fans. The vision is to ensure Omeara becomes a firm favourite for all who come through its doors.

Have a look at some of the talent set to appear at Omeara in the coming months. Make sure you don't miss out!

Mancunian singer/songwriter Lou Rhodes comes to Omeara later this month following the release of her album 'Theyesandeye' in August. You might have seen her on the festival circuit this year, having performed at the likes of Wilderness Festival, or as one half of Electro duo Lamb in the past. If you fancy seeing her as a solo artist in a more intimate setting, now's your chance.

BBC Sound of 2016 and BRIT Award Critic's Choice nominee Frances released her latest EP 'Let It Out' this time last year. She has been parading her music across the country ever since. Now, she's headed to London's Omeara to give you all another chance to hear more of her 'gorgeous songwriting' for yourself, not one to be missed!

Seafret have already sold out their show this December at Omeara. It's unsurprising why. Their debut album 'Tell Me It's Real' came out this January, an effort filled with 'soulful' and 'conscientious, genuine music', while their London show at The 100 Club in February certainly wowed fans and critics alike with their 'raw, authentic talent'.

Back in 2013, the Minneapolis band were tipped as one of The Guardian's New Bands of the Day. Now, Night Moves are coming to the UK for a tour this January in support of their latest album 'Pennied Days'. It's received rave reviews upon its release back in March. Don't miss your chance to see them live at Omeara!

Paul Dixon released his debut album under the pseudonym of Fyfe in March 2015. The Line Of Best Fit hailed it as "a complex, knotted smorgasbord of ideas [...] it's stunning". Since then, Fyfe has also released an EP in July of this year and is working on the follow up to his first LP. Busy times indeed! Make sure you don't miss seeing him live when he comes to Omeara next February.

Having been ensconced in the studio working on her upcoming album, Lisa Mitchell has just released brand new track ‘Warhol’. Following previous track ‘The Boys’, Warhol is once again accompanied by visuals that portray Mitchell’s charm and elegant fragility. 2017 will see Lisa Mitchell visit the UK for a run of live dates in February, including her show at Omeara. It is not one to be missed!

Benjamin Francis Leftwich shared an astounding new live session yesterday for his track 'Kicking Roses' from his latest album 'After The Rain' released this summer. Mancunion said that "to watch him perform is to witness an exercise in memory recall, as each song evokes a rich emotional reaction that permeates into the audience". So what are you waiting for? See him live in London on 3rd March.