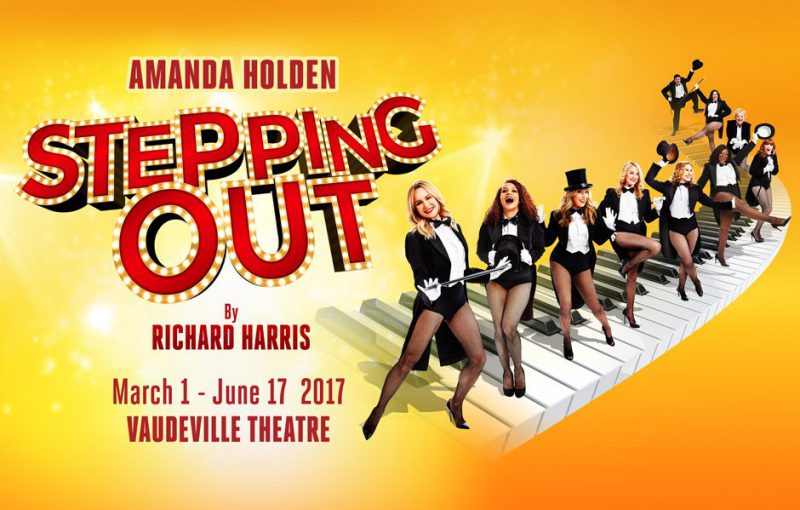 Winner of the Evening Standard "Comedy of the Year Award" in 1984, Stepping Out is making a glorious return to the stage with a stellar cast including; Amanda Holden, Angela Griffin, Tracy-Ann Oberman, Tamzin Outhwaite and Nicola Stephenson.

The play charts the lives of seven women and one man attempting to tap their troubles away at a weekly dancing class. Initially all thumbs and left feet, the group is just getting to grip with the basics when they are asked to take part in a charity gala...

Over the course of several months we meet the group, and all of them have a story to tell, There's haughty Vera, mouthy Maxine and uptight Andy; bubbly Sylvia and shy Dorothy; eager Lynne and cheerful Rose and, of course, Geoffrey. At the piano is the dour Mrs Fraser and spurring them all on, the ever-patient Mavis.

The Director of this wonderful show is Maria Friedman, a seven-time Olivier Award nominee (and winner of three). An actress and a stage director, she is always busy, just last year she staged a production of High Society at the Old Vic Theatre. You may also recognise her from playing Elaine Peacock in EastEnders.

In 1991, Stepping Out was even turned into a musical comedy for the big screen that starred Liza Minnelli, Julie Walters, Shelley Winters and even a young Jane Krakowski.

Basically, it's gonna be amazing! We're certainly very excited for it.

Visit our website for more info on Stepping Out.