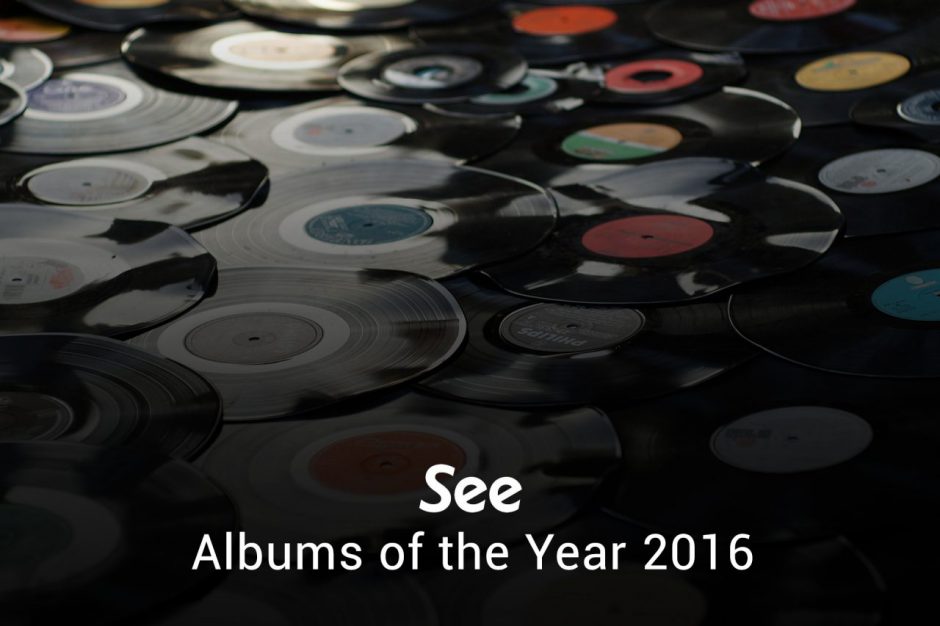 Favourite record of the year by a country mile just because it encapsulates the true essence of one of the worlds greatest live touring groups. You feel like you're there in the crowd, the energy of the show is in the room with you and it's a joy to listen to. Truly superb. All the festival memories come flooding back from the times you've watched them in far flung places.

Elliot at Rockfeedback and Jim at Village Underground: 'We Got It from Here... Thank You 4 Your Service' by A Tribe Called Quest

Elliot: A Tribe Called Quest are indisputably one of the most creative, forward thinking, socially engaged and talented hip hop groups ever and this album entirely reinforces their legacy. If this is their last ever album, it is an incredible finale to their career and tribute to Phife Dawg. It’s stuffed full of great songs and I can’t stop listening to it.

Jim: An incredible return to form, great flow, amazing guest MC's - an all round triumph.

Josh at One Inch Badge: 'Blanco' by David Bazan

One of my favourite songwriters (ex frontman / songwriter of Pedro The Lion) of all time released his latest album with a completely different sound. Moving to a new electronic sound but keeping his insightful and fantastically piercing, honest lyrics.

Kelly at DHP: 'IV' by BadBadNotGood

Steve at SSD: 'Light Upon The Lake' by Whitney

These guys are so different to anything thats out there at the minute and are just starting to breakthrough, Tracks Polly, On My Own and Golden Days are huge, cant wait to see what comes next for them.

Mike at Bird on the Wire: 'Front Row Seat To Earth' by Weyes Blood

Just listen to the whole thing through at least once and you’ll understand.

Justin Vernon kept us waiting 5 years for his follow up to ‘Bon Iver, Bon Iver’ and it was well worth it. The electronic experimental twist was fresh yet Vernon still managed to keep the album emotive and poignant.