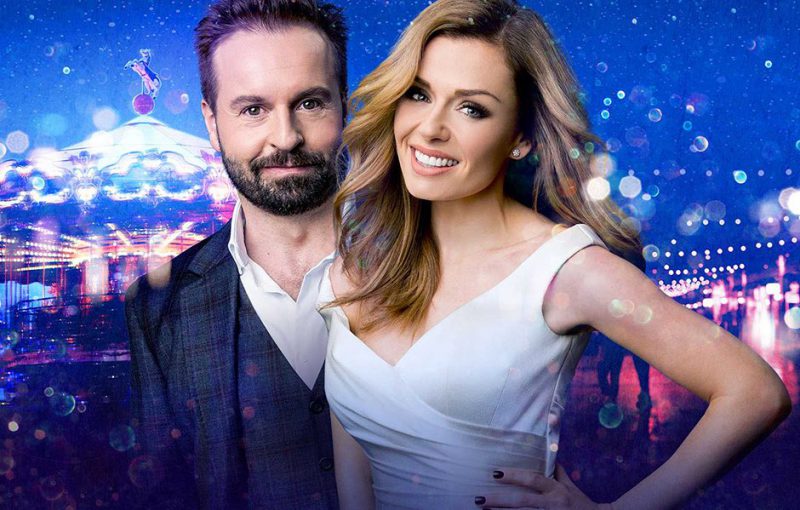 After an absence of almost 10 years! Rodgers and Hammerstein’s classic musical Carousel returns to the West End this April directed by Lonny Price (Sweeney Todd: The Demon Barber of Fleet Street, Sunset Boulevard) and featuring the talents of both Alfie Boe and Katherine Jenkins.

If you are unfamiliar with the brilliant 1945 musical, Carousel (Rodgers and Hammerstein’s 2nd musical together) tells the story of the charming Carousel Barker, Billy Bigelow (Boe) who falls head over heels in love with the beautiful Julie Jordan (Jenkins) before taking a somewhat supernatural turn. It was named by Time Magazine as the Best Musical of the 20th Century.

Many people are familiar with the Rodgers and Hammerstein musical but did you know that Carousel is actually adapted from Hungarian playwright, Ferenc Molnar, 1909 play ‘Liliom’; a much darker story than its alternative. The title character fails in his search for atonement and instead of passing through the gates of heaven, plunges into hell.

This will be the first time Alfie Boe and Katherine Jenkins have appeared on stage together and alone for Jenkins who makes her West End debut. The accomplished Welsh concert singer will unlikely be daunted as the Brit award-winner has performed for the Pope, Presidents and Royalty; most recently at the Queens 90th birthday celebration. The London Coliseum’s 2,359 strong capacity should be a walk in the park for this mezzo soprano.

Boe will feel right at home, treading the West End boards once again, this time as Billy Bigelow. He seems to be developing a habit of playing loveable rouges seeking redemption, having previously embodied the iconic Jean Val Jean in October of 2010 for the 25th Anniversary of Les Miserables at the O2. The following year he joined the show at its West End home alongside Little Britain’s Matt Lucas as the comical Inn Keeper, Thénardier.

This production will feature over 80 company members including cast and the full ENO orchestra.

This marks the third production in the series directed by Lonny Price following on from the success of Sweeney Todd (starring Emma Thompson and Bryn Terfel) and Glenn Close’s return to the stage in Sunset Boulevard.

Sing along to such classic show tunes as You'll Never Walk Alone, If I Loved You, Mister Snow and June is Bustin Out All Over when Carousel swings into the London Coliseum this April.

Buy tickets to see the wonderful Alfie Boe and Katherine Jenkins take a ride on the Carousel here;

Or follow us for all the latest theatre news and special offers: