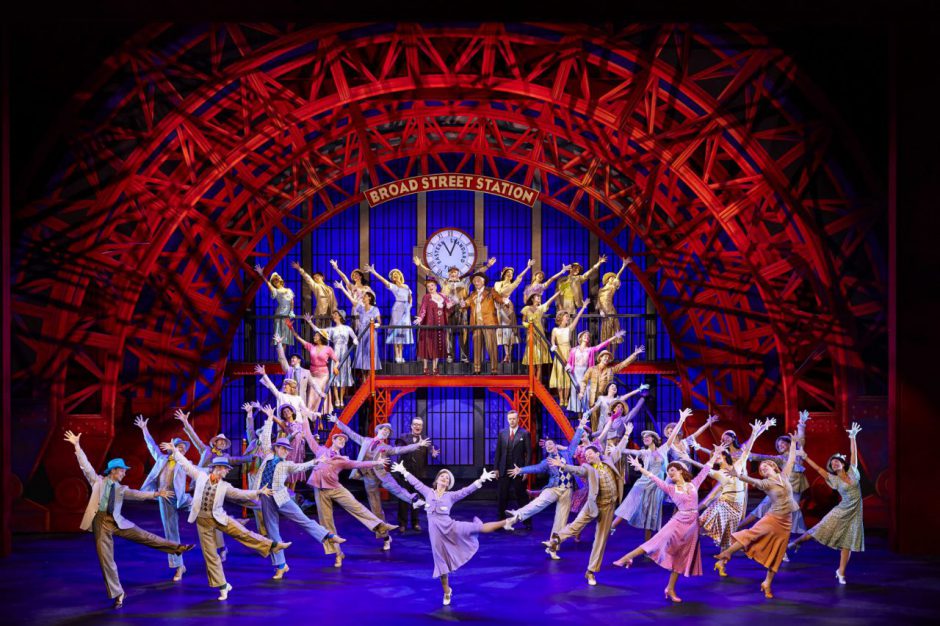 One of the many beauties of theatre is that it is not permanent. Here today and gone tomorrow creates a sense of occasion in theatre, a moment in time that is unique to that show. This isn't to say that other shows like Disney’s The Lion King (now reaching adulthood in its 18th year on the West End), Les Miserables (the longest running musical on the West End arriving 32 years ago in 1985) and The Mousetrap (opening its doors all the way in 1952) lack any uniqueness or magic. Whilst the mortality of theatre is not always permanent, it's amazing to see how a show can be brought back to life with a new cast or director breathing life back into it, creating a brand-new experience for the world to enjoy. Here are but a few shows that currently are or are soon to be revived on the West End.

Our first show on our list is one everyone’s been talking about due to its recent Olivier nomination success. Tom Hollander (Pirates of the Caribbean, The Riot Club) joins Freddie Fox (Cucumber, Victor Frankenstein) and Claire Foster (Les Miserables - Film, Sherlock) each bagged nominations alongside Adam Cork (writer of the music and lyrics for the 2011 hit London Road) who was nominated for his sound design, not forgetting the entire production receiving a nomination for Best Revival.

Originally opening at the Aldwych Theatre in 1974 directed by Peter Wood who regularly directed Tom Stoppard’s debut plays. Travesties won the Evening Standard Award for Best Comedy, and then during its Broadway run at the Ethel Barrymore Theatre, won a Tony Award and New York Critic’s Circle Award for Best Play. With such an awards pedigree for the play it wasn’t surprising that this wonderful revival has been noticed at the awards season, only time will tell if the play can achieve awards success this time around, we hope they will.

Jesus Christ Superstar seems like it’s been around forever being Andrew Lloyd Webber’s and Tim Rice’s third collaboration together. The reason behind its longevity is perhaps its various renditions of the show for stage and screen. The filmed 2000 stage version of the play starred Jerome Pradon as Judas Iscariot who would go on the play Aragon in the 2007 West End Musical adaption of The Lord Of The Rings, and also the late great Rik Mayall (Drop Dread Fred, Bottom) appearing as King Herod. More Recent productions include the 2012 Live Arena Tour of the production which showcased an all star cast including Tim Minchin (writer of the multiple award-winning Matilda the Musical and the Olivier Award nominated Groundhog Day) filling the shoes the shoes of Judas, Spice Girls Superstar Melanie C as Mary Magdalene and Presenter Chris Moyles as King Herod. The production was headed by Ben Forster as Jesus of Nazareth who currently plays the title role in Phantom of the Opera. Of course, as with most Rice/Webber productions, the show has been performed by schools and amateur dramatics societies across the globe, this in particular being spoofed in the 2004 Ben Stiller and Jennifer Aniston comedy, Along Came Polly. In the film, the late Phillip Seymour Hoffman plays the role of Judas, adding to the list of great performers that have embodied the role.

The recent Revival of Jesus Christ Superstar has had huge success; nominated for a staggering 6 Olivier Awards. Making it Regent’s Park Open Air Theatre’s most nominated show ever, including Best Theatre Choreography for Drew McOnie attempting to make it two in a row after his 2016 Olivier win for ‘In The Heights’.  Best Lighting and Sound Design, Best Actor in a Musical for Tyrone Huntley playing Judas (proving it really is the best part) as well as Outstanding Achievement in Music alongside Lloyd Webber's other musical 'School Of Rock' and of course Best Musical Revival.

Missed it the first time round? Jesus Christ Superstar returns to Regents Park Open Air Theatre this August, get your tickets here!

Recently back in previews at the Theatre Royal Drury Lane, 42nd street is everything you imagine a big Broadway musica. Massive on scale, colourful, full of amazingly talented dancers and singers and more sequins and glitter than the eyes can cope with.

Originally opening at the Winter Garden Theatre in Broadway, the musical about making a musical’s book was penned by Michael Stewart and Mark Bramble who won Tony Awards for their work on the project, with lyrics by Al Dubin. Coincidentally the production about taking a risk on a show was a massive financial gamble for producer David Merrick. Backing the project with $3 Million hoping that audiences would be overcome with nostalgia for the hugely popular 1933 Warner Brothers film of the same name. Thankfully this paid off and transferred to the West End four years later when strangely enough art would mirror reality again.

This year’s revival shares just as much grandeur with the original with seemingly no expense spared creating a delectable experience. Starring the Grammy award-winning Sheena Easton, best known for singing ‘9 to 5’ makes her West End Debut as the A list performer Dorothy Brock and absolutely smashes it. A keen self-awareness and charm also in the cast, Tom Lister of Emmerdale fame stars as the determined director Julian Marsh who holds his own against the vocal talents of Easton. The two are supported by a huge ensemble cast that light up the theatre, performing classics such as; 42nd Street, Lullaby of Broadway and We’re In The Money.

Come meet those dancing feet on one of London biggest stages

The fabulous Stepping Out stepped out onto the Vaudeville theatre stage a few weeks ago, starring Britain’s Got Talent’s Amanda Holden who is accompanied by a fantastic cast including Tracy-Ann Oberman (Eastenders) and Natalie Casey (Two Pints of Lager and a Packet of Crisps) and directed by the triple Olivier Award-winning Maria Friedman. Stepping Out follows a group of unlikely individuals attempting to learn how to tap dance in a dingy north London hall.

Written by Richard Harris and first performed in the Leatherhead Theatre, Surrey headed by Julia McKenzie (Miss Marple 2008-2013) playing Mavis. The play’s inspiration derived from Harris’s wife, the actress Hilary Crane, suggesting that he should attend a local dance class because "there may be a play in it for him". It turns out there was, and a decent one at that, winning the Evening Standard Comedy of the Year Award in 1984. It then went on to grace the silver screen in 1991 starring Lizi Minnelli as Mavis and Julie Walters playing Vera, who Amanda Holden now plays in the 2017 revival.

Don't miss Amanda Holden and friends at the Vaudeville Theatre, get your tickets here

Which revival are you most excited to see? Is there any play you would like to see revived? Let us know on Facebook or by Tweeting us @SeeTheatre