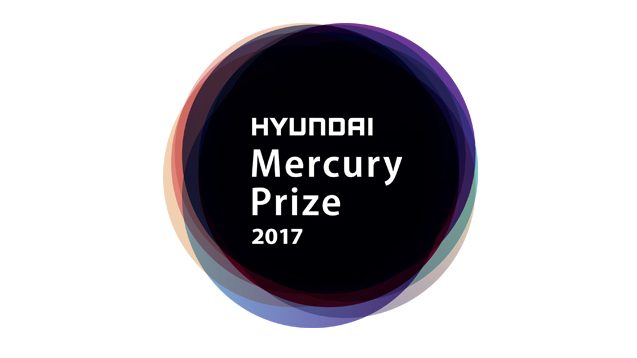 One of the most prestigious British music awards is back, and they’ve officially released their shortlist for 2017. The nominees range from some huge names such as Stormzy and Ed Sheeran, to lesser-known bands and artists like Dinosaur and Loyle Carner.

Whether you’re a grime fan, an indie-lover, or look for the most unique and original music, there’s something for everyone in this list, which will make it the toughest choice yet.

Marcus Mumford from Mumford and Sons, MistaJam and Ella Eyre join the judging panel this year, and boy are they going to have a difficult decision to make.

Here is the shortlist in full, with details on how to catch some of them during their tours and the festival season:

Describing their own album as “odd” and “mysterious”, this trio of lads have created yet another uniquely stand-out group of tracks. They’ve had a busy summer touring the 2017 Festival, showcasing their original, alternative style with impressive light shows and melancholic rhythm. Having won the Mercury prize in 2012 with their debut album, ‘An Awesome Wave’, could 2017 be another winning year for the band?

You can check out Alt-J during their tour in September.

It must be exciting to have your debut album shortlisted for a Mercury Prize, and that’s exactly what’s happened to this band of five. After hitting number one in the UK Albums Chart in its first week and selling out their autumn tour following the album release, they’ve gained huge popularity in the past year. They certainly deserve their shortlist, and the momentum they’ve created over the past year sets them up with a real chance of winning.

Dinosaur - Together as One

Possibly one of the least-known bands on the shortlist this year, they aren’t to be underestimated. The band is led by female trumpet player, Laura Jurd, but all four musicians are extremely talented. They’re one of the most original bands emerging from the UK right now, and are certainly ones to watch.

Perhaps the biggest artist in the world right now, he needs no introduction. He’s sold out his stadium tour, he made a cameo in the most recent season of Game of Thrones, and was nominated for Song of the Year at this year’s Grammy awards with ‘Love Yourself’. He may have won every award under the sun, but this is the singer’s first time on the Mercury shortlist. Could he be adding yet another award to his collection?

Glass Animals - How to Be a Human Being

They’ve made their name as festival regulars, having toured globally, from Coachella in California to Falls Festival in Australia as well as numerous British festivals including Glastonbury. Having only reached 92 in the UK Albums Chart with their debut album, ‘Zaba’ in 2014, ‘How to Be a Human Being’ has clearly turned the tables for this band, reaching number 23 in the Charts. This could be a huge turn-around for the group of four.

Glass Animals are appearing at Elecrtic Fields festival in September this year.

This Hip-Hop grime artist is a big up and comer, after appearing on Stormzy and Ghett’s single, ‘Bad Boys’. He also released his own single, ‘Did You See’ earlier this year, which peaked at number nine in the UK Singles Chart. ‘Common Sense’ is his debut album, and peaked at number three in the iTunes chart, proving he would be a deserving winner.

Blurring the lines between poetry and music, Kate is the front-runner in spoken word. This isn’t her first time being noticed by Mercury, with her debut album, 'Everybody Down', having received a nomination in 2014. She didn’t win that time around, but could this year be different?

Kate Tempest is appearing at LeeFest presents: The Neverland 2017 in August.

Here’s another Hip-Hop musician that has made the cut this year. After supporting Joey Bada$$ on his UK tour, he proceeded to attend some of the biggest UK festivals including a performance at Glastonbury in 2015. Later that year, he was invited to join the ‘Piano Sessions’ series on Huw Stevens BBC Radio 1 show. His popularity has been increasing since, and 2017 began with releasing his debut album.

If you want to see more of Loyle Carner, you can catch his autumn tour here.

This guy ticks all the boxes from writing his own songs, performing his own songs, and even producing his own songs. Due to his impressive talent, he’s collaborated with the likes of Jessie Ware, Kanye West and Solange. This year he released his own debut album which reached number seven in the UK Albums Chart, proving he’s another deserving contender.

Since the grime scene has become more and more popular over previous years, this guy is the leader of the movement. He’s collaborated with Ed Sheeran, endorsed Jeremy Corbyn and even performed during boxing legend, Anthony Joshua’s ring-walk. Not only has he made a name for himself, but he’s also being recognised for his music, with ‘Gang Signs & Prayers’ becoming the first grime album to reach number one in the UK Albums Chart. Could this be another step forward in the rise of grime?

The Big Moon - Love in The 4th Dimension

Having supported names such as The Maccabees and The Vaccines, this group of four ladies have been making a name for themselves. They’ve been play-listed by BBC Radio 1 in 2016, and are embarking on an autumn tour later this year with no less than 20 dates, including a couple of festivals. The band are keeping themselves busy, and proving that hard work and perseverance does pay off.

Catch The Big Moon at Neighbourhood Festival in Manchester in October.

The originality of this 3-piece band is unique enough to rival Alt-J, and they deserve the same recognition. They can barely put themselves into a genre, and this experimental experience is exactly what draws you in. They released their debut album, ‘XX’ back in 2009 and their second album, ‘Coexist’ came out in 2012. But, it’s third time lucky with this group, having finally been shortlisted for a Mercury Award with the album they released earlier this year.