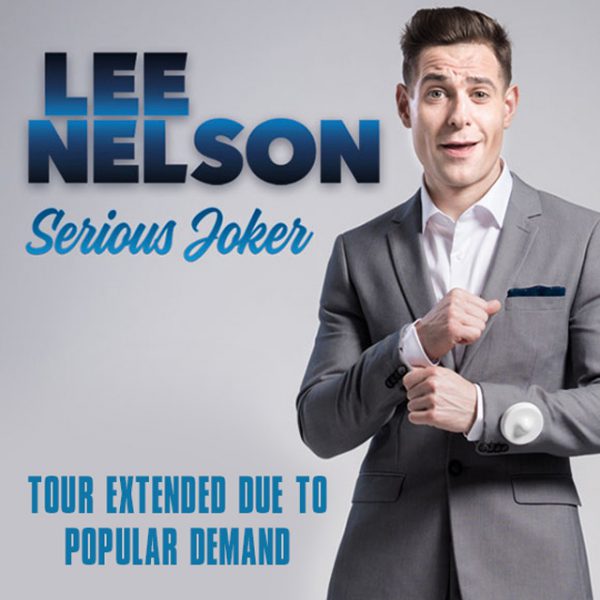 The weather certainly hasn't felt summery recently, in fact we've been questioning whether winter has come four months early. The big coats have been pulled out from the back of the wardrobe, we've been unable to leave the house without a brolly and the heating has been turned on... In August?!

But fear not, Britons, See has compiled a list of fantastically funny people that go on tour this autumn to cheer you up:

This tour is quite frankly humongous, starting at Peterborough on Friday 6th October and finishing in Canterbury on Saturday 3rd February. The Danish-born comedian toured her debut show, ‘Bubblewrap’ in 2015, and after receiving five star reviews from multiple publications, her popularity has soared. However, she’s not just a funny lady, she’s also proving herself to be an all-inclusive activist. She is trying to make her tour as easy as possible for fans with anxiety by letting them contact her and explain their needs beforehand. She’s also convinced many of the venues to have gender-neutral toilets. But in terms of her show, she’s funny enough to rival even the top comedians.

The Bristol-born comedian has a very unique scatty way of wandering the stage while performing. You could be easily be mistaken in thinking every show he does is his first ever in front of a crowd, even after years of making the nation laugh. But this makes him distinguishable from all other funny men, and adds to his charm on stage. It also adds an extra element to his comedy, and makes him even more fun to watch. His nice guy demeanor just adds to his likability, and he’ll make you belly laugh at his hilarious stories. His UK tour will be stretching from Friday 8th September to Saturday 17th February.

At around 6 feet 8 inches tall, this funny man is a force to be reckoned with. He owns the stage not only because of his height, but also his huge personality that makes him one of the most likable comedians to come from Britain. He’s so popular in fact, that he landed a role in the extremely successful British sitcom, ‘The Inbetweeners’ where he played the head teacher, Mr Gilbert who clearly disliked all of his students. Davies is doing a mammoth tour starting in Margate on Friday 15th September and doesn’t end until Wednesday 13th December in Bristol.

The London-born comedian is the new host of the Channel 4 show ‘Stand Up for the Week’, after appearing on the third and fourth seasons numerous times as one of the acts. He’s also been a guest on ‘8 Out of 10 Cats’ and has performed on ‘Live at the Apollo’. But, if you still can’t put a face to a name, you may recognise him from the Sony Xperia mobile advert that he starred in with his parents in 2016. In his ‘PC’s world’ tour, he sold out 100 national dates, proving just how popular he is. So, he’s decided to go on another huge tour with 87 dates. It all kicks off in Manchester on Thursday 7th September, and finishes on Friday 15th June in Aberdeen.

If someone said ‘Simon Brodkin’, the majority of people would have no clue who that is. Their neighbour perhaps? Or that customer at work that always talks to you but you still don’t know their name? But Lee Nelson is much more well-known. Surprisingly, Nelson is the most popular comedy alias that Brodkin performs as. Yes, they’re the same person. Simon first came to real prominence when BBC commissioned his own show for BBC Three, where he was able to showcase a multitude of characters he creates and plays. But now he’s taking Lee Nelson on the road again. The tour starts in Cheltenham on Tuesday 19th September and finishes in London on Saturday 2nd December.