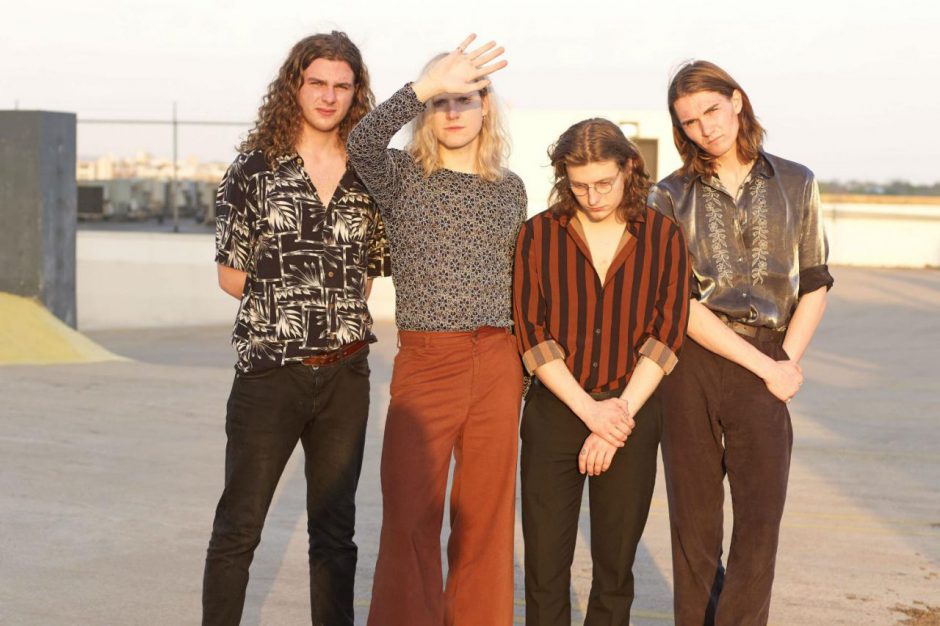 Sundara Karma
After headlining the thriving 110 Above festival and wooing the crowds at Reading and Leeds this year, Sundara Karma have announced a widespread UK tour to celebrate the release of their latest album ‘Youth Is Only Ever Fun In Retrospect’. With a youthful energy and eccentric charm, this four-piece from Reading are taking the UK indie scene by storm and are not to be missed this year; offering something alternative with their unapologetically loud aesthetic to match their explosive choruses. Catch some of our favourite tunes on their tour, such as ‘Happy Family’; a slow-burner that cascades into a festival-ready chorus that everybody will clap and stomp along to. Grab your tickets now to avoid missing out!

Listen if you like: Clean Cut Kid, Blossoms, Tame Impala and The Hunna.

Ghostpoet
Upon on the back of his brand new album ‘Dark Days + Canapés’, Ghostpoet is back to perform on his biggest UK tour to date. Having supported Alt-J on their arena tour for ‘This Is All Yours’, Ghostpoet’s hauntingly poetic MC-tone with a laidback beat and rough guitar riffs has crept upon the music scene to make waves. His latest album is complete with a range of noticeably stand-out tracks, such as the eloquently honest ‘(We’re) Dominoes’ whose poignant lyrics interweave perfectly with the song’s complex array of electronic blips and strong piano chords to create something mesmerizingly unique. To be a part of such a huge tour and witness the genius of Ghostpoet yourself, buy your tickets now!

Listen if you like: Nadine Shah, Kate Tempest, Alt-J and Mount Kimbie.

Lucy Rose
Holding a triple fret of stand-out albums, Lucy Rose delivers a wonderfully gentle sound with an underlyingly quiet confidence and it’s this sound you’ll be able to experience on her latest UK album, celebrating the release of new record ‘Something’s Changing’. Starting up with the likes of Bombay Bicycle Club – featuring on a number of their tracks and supporting their tour, and Noah and The Whale – who she also toured with, Rose was always off to a killer start in the indie and folk scene. Lucy’s continually proven suit, as her albums get better and better, but our favourite is the delicately profound ‘Night Bus’ with its twinkly pluck of guitar strings, soft vocals yet self-assured lyrics. Buy your ticket now to ensure you see Lucy Rose on her upcoming UK tour.

Listen if you like: Laura Marling, Ben Howard, Daughter and Slow Club.

Nick Mulvey
With a steady stream of newly-released singles this year, such as ‘Unconditional’ and ‘Myela’, Nick Mulvey is back with a huge UK tour to celebrate and perform these fresh tracks. Widely known for his support during Laura Marling’s 2013 tour, Nick Mulvey offers a similar sound to the folk-icon Marling – with an array of strumming acoustics, diverse vocals that reach the spectrum of notes, a deep, bellowing hum throughout and lyrics that aren’t afraid to deal with the most challenging aspects of life. His new song ‘Mountain to Move’ is particularly stand-out as an almost brutally honest chat to himself, Mulvey sings of not reaching the high-expectations he’s set for himself and begging for him to ‘wake up now’. Behind smooth vocals and authentic lyrics, stands quite a joyful pattern of ukulele chords that enthusiastically strum almost contrapuntally to the more sorrowful lyrics – but, overall, creating a highly catchy tune. Catch Nick Mulvey at one of his UK shows this year and buy tickets now to avoid disappointment!

Listen if you like: Mumford and Sons, Laura Marling, Fink and Villagers.

Fangclub
New on the scene with a punchy, grunge-like sound, Irish trio ‘Fangclub’ have just released their new, self-titled album. After touring with the likes of Twin Atlantic, this unapologetically in-your-face band, with its candid lyrics, are ones to watch on the UK punk scene – with their own UK tour commencing tomorrow and throughout the whole of September. Offering something a little more hard-hitting than the UK has seen in a while, this upcoming band are quite unique in sound; seen in tracks such as ‘Loner’ and ‘Dreamcatcher’ whose lyrics tend to waver on the more vulnerable spectrum, whilst simultaneously contrasting with the powerfully harsh yet impelling riffs of electric guitars. So if you’d like to catch Fangclub at one of their upcoming gigs, book now as they’re coming up very soon!

Listen if you like: SWMRS, Wavves, The Frights and Big Spring.