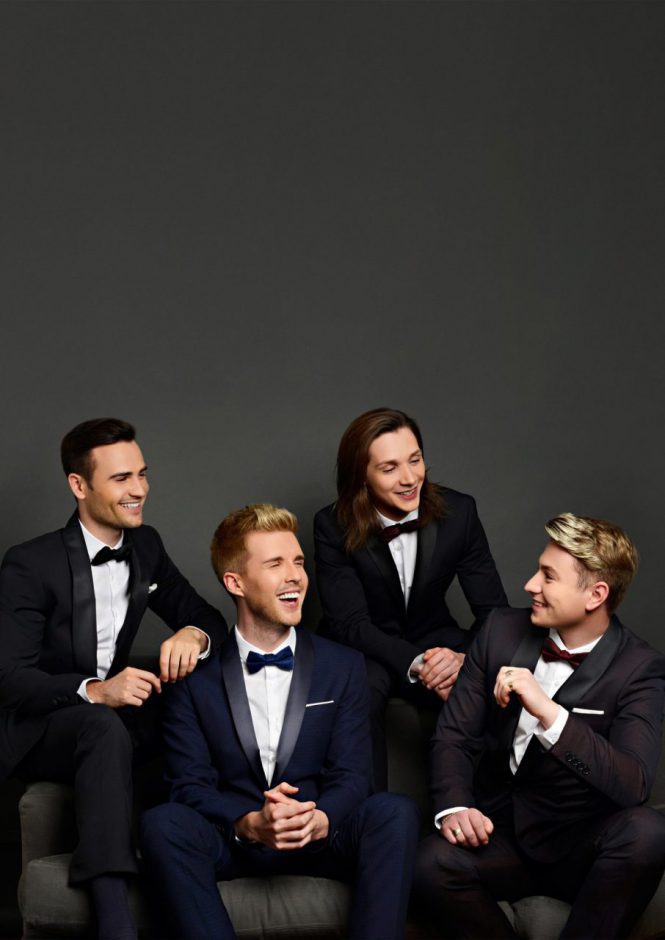 The world’s most successful Musical Theatre group, Collabro, are touring the UK on a mammoth 29-date tour this Autumn!

Finding fame and success on Britain’s Got Talent, on their very first audition they were met with a roaring crowd and standing ovation after performing ‘Stars’ – this was just the beginning of the amazing success which was to follow. With each performance becoming stronger each week, Collabro triumphed when they not only won Britain’s Got Talent, but they did it with one of the highest ever majorities! The upcoming tour sees Collabro visiting major cities and gracing the stages of some of the UK’s best venues to put on their show-stopping performances. Also joining the group will be especially-chosen, lucky young choirs from up and down the UK to take part in the concerts! However, if you’re looking for an even more special performance, then Collabro’s London Palladium show in November is not to be missed as this choir will be packed full of some of the best musical theatre child stars!

Talented young performers who have played lead roles in hit West End musicals such as Charlie and the Chocolate Factory, Annie, Matilda, The Secret Diary of Adrian Mole Aged 13 3/4 the musical, School of Rock, Les Miserables, The Sound of Music and 13 will join the popular super-group on the stage of London’s most famous theatre.

Asha Banks, 13, who has just finished playing Pandora in The Secret Diary of Adrian Mole the musical at the Menier Chocolate Factory, says:

“We are honoured to be supporting Collabro in their London Palladium concert. This is such an iconic theatre, and they are the top musical theatre group out there - we can’t wait!”

Buy your tickets now to join Collabro on their huge tour, and their extra-special London Palladium show, for a night of show-stopping, unmissable entertainment!