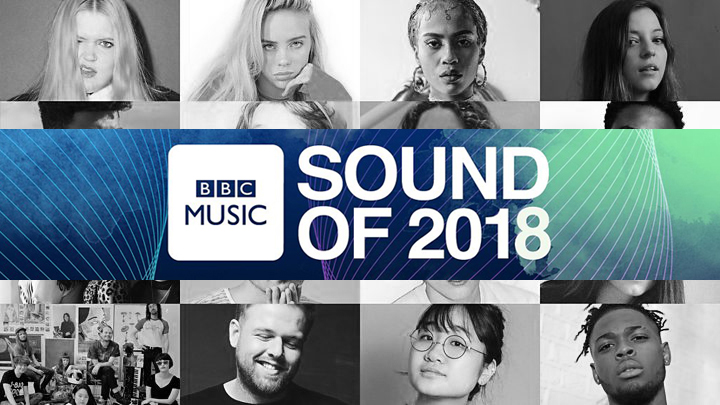 Recognisable by her neon-green hair and ambitious attitude, Alma is a force to be reckoned with on the contemporary pop scene. All four of her first singles hit the Top 20 singles charts in Finland, including ‘Karma’ which went to an impressive number five, and her success is only bound to translate onto UK shores. Earlier this year, Alma even featured on renowned DJ Martin Solveig’s track ‘All Stars’ – a sign she will be onto even bigger things in the year to come.

At just 15 years old, Billie Eilish already has a confident, punchy sound that is dripping with attitude. Her debut EP ‘Don’t Smile At Me’ went to number 18 on the US Heat single charts, whilst her 2017 single ‘Bored’ was featured on hit Netflix show ‘13 Reasons Why’ and its successful soundtrack. Billie’s sophisticated dark pop sounds are not only catchy, but something different to shake up the current music scene.

Fresh on the UK hip-hop scene, IAMDBB (stood for I Am Diana DeBrito) fuses elements of jazz, hip-hop and soul vocals to create a contemporary and exciting sound. Hailing from Manchester, this 21 year old has over 3 million views on single ‘Shade’ whilst single ‘More’ was featured on Vevo’s ‘Artist to Watch 2018’ playlist; with so much success so soon, it’s no wonder IAMDDB is on the BBC’s longlist.

Gaining worldwide attention already, Rolling Stone magazine named Americana-inspired singer songwriter Jade Bird as one of their ’10 New Country Artists You Need To Know’. On top of this, Jade has supported Tom Odell, First Aid Kit and Son Little on tour, whilst recently selling out a headline gig at Omeara, London. Making waves across the pond and on home turf, Jade Bird is the new and upcoming country singer we all need to hear.

Writing his debut album whilst still in school, this didn’t stop 19 year old Khalid from achieving success after success as ‘American Teen’ peaked at a massive number 4 in the US single charts and number 1 in the US R&B charts. However Khalid is starting to creep his way into the UK music scene, with latest single ‘Young, Dumb & Broke’ hitting 17 in the UK singles charts; whilst his huge collaboration with Marshmallow on song ‘Silence’ went to number 3. There’s certainly big things for Khalid!

Winning ‘Best Acoustic Act’ at the Scottish Alternative Music Awards earlier this year, Lewis Capaldi has come a long way since singing karaoke in pubs and practicing guitar aged just 12. He’s stormed Spotify charts, featured on Vevo’s ‘Artist to Watch 2018’ playlist, has been given the nod of approval from Ellie Goulding and Niall Horan, and is currently touring with Rag ‘n’ Bone Man. His 2018 is sure to be even more exciting.

She's played worldwide, from California to Istanbul, and even sold out a headline show at London's Omeara venue, Nilufer Yanya is a rising soulful star from West London. Breaking through with debut single 'Small Crimes', Nilufer only went from strength to strength as later single 'Baby Luv' featured on BBC Radio 6 Music's playlist and it's no doubt that she's only going to get even bigger next year.

Having just released his debut LP 'Take Not3s', Hackney-born Not3s became somewhat of a cult sensation earlier this year when track 'Addison Lee' racked up millions of views on YouTube and was quoted up and down the nation - even by Brooklyn Beckham! Not only this, Not3s has been acclaimed by rapper legend Skepta and even features some big names on his album, including Tinie Tempah on track 'No Drama'.We can't wait to see what Not3s will do next!

Catching the eye of The 1975's Matt Healy, he co-produced Pale Waves' first two singles and invited them to support on the indie-pop rockers tour across the US. Pale Waves' success didn't stop there however, as this summer has greeted them with non-stop festival madness - playing Reading and Leeds, Radio 1s Big Weekend and Kendall Calling! With a debut album due to released soon, exciting things are sure to come for Pale Waves.

Noticed by Tyler the Creator on Soundcloud, Rex Orange County has since scored two slots on Tyler's latest album 'Flower Boy', performed live with Skepta and Frank Ocean; all whilst recording his newly released, second album 'Apricot Princess'. Only 19 years old and already mingling with some of the biggest names in R'n'B and rap, Rex Orange County is well and truly storming his way across the music industry.

With her debut single, 'Don't Kill My Vibe', hitting the charts across the globe, Sigrid is the new pop sensation taking the industry by storm. Norwegian born and 21 years old, the confidence and attitude Sigrid exudes on stage completely out-does her age, performing with the charisma of a natural that is bound to only succeed her further.

With eight members all hailing from different parts of the globe, Superorganism have come together to reside in an East London flat to continue producing their signature, eclectic sound. Mixing media in the form of sampling, spoken word and musical experimentation, Superorganism are truly one unique band with such a specific, signature sound that it would be an injustice to exactly define them. Take a listen for yourself and you'll understand why Superorganism are ones to watch for 2018.

A patchwork quilt of reggae, pop, hip-hop and blues all stitched together, Tom Walker's debut and latest EP 'Blessings' is a fusion of sound that just works. Tom's had a huge summer, already gracing the massively renowned Glastonbury festival with his presence and with that, surely things can only continue to go up!

Combining English and Korean lyrics whilst layering deep house beats, melodic whispers and a thumping bass; Yaeji's sound is sophisticated and complex. Entirely self taught, Yaeji gets her influences from both American and South Korean culture - an exciting fusion we are seriously lacking in the music industry. With a newly released second EP, it's only a matter of time before Yaeji releases her debut LP and we can't wait!

After being signed to rapper Tinie Tempah's record label Disturbing London, Yxng Bane gained attention when he remixed Ed Sheeran's chart-topping 'Shape of You' earlier this year. His latest, and debut, single 'Rihanna' has nearly 10 million views on YouTube and he's been able to perform the hit across shows, including Disturbing Ibiza and two sold-out London dates, across the year. Yxng Bane is definitely one of London's most exciting talents right now!