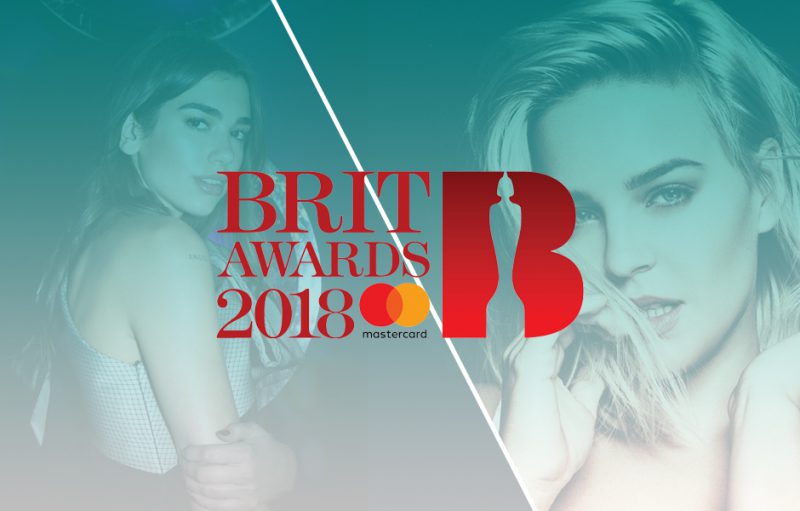 Award season is finally upon us. It’s that time of year again when the best in British music come together to celebrate their achievements, creativity, and the mark they’re making on the world. Whether they’re up-and-coming or renowned legends, the BRIT Awards is famed for heralding everybody’s achievements. Take a look at the nominees for this year’s award ceremony, that you can see on tour, below.

Breaking through when she featured on Clean Bandit's huge single 'Rockabye' with Sean Paul, Anne Marie has continued to release catchy, pop hits that have broken through the charts; including 'Alarm', 'Ciao Adios' and 'Heavy'. Her success has only been reflected, with music video for single 'Ciao Adios' receiving a nomination for British Artist Video of the Year.

It's been a massive year for Dua Lipa. Her sassy single 'New Rules' took the world by storm in 2017 as it hit the Top 40 Singles Chart in over 44 countries - including the number one spot in 13. Her debut album, 'Dua Lipa', only followed suit as it entered the Top 40 Album Charts in over 24 countries worldwide! It's with these massive achievements that Dua Lipa has unsurprisingly gone on to make BRIT Award history, leading the way with five nominations!

This singer-songwriter has had yet another huge year, so much so it would be impossible to list all of his achievements, however, to name a few Ed has: released his album 'Divide' which peaked at number one in over 25 countries; had three number one hit singles; made his debut in cult series Game of Thrones, and won eight awards - including Artist of the Year at the MTV Video Music Awards. With that, it's no surprise that Ed has also been nominated for three BRIT awards this year - including Best Male Artist.

2017 has been a year of debuts for Harry Styles. Starting out in the well-loved boy band One Direction, Harry Styles took his own path in 2016 and saw the release of his debut album as a solo star the following year. The self-titled album sped to number one in five countries, whilst debut single 'Sign Of The Times' entered the Top 20 Singles chart in six countries worldwide. All the while, he also made his first acting appearance in Hollywood blockbuster, and critically acclaimed, Dunkirk! He's made such an impression that he's nominated for Best British Video Award.

With humble beginnings on The X Factor, Little Mix have since exploded into an all-powerful girl band to be reckoned with! In their seven years, the band have had all four of their albums reach the Top 10 charts, with their latest 'Glory Days' peaking at number one. They've had 18 Top 40 hit singles worldwide and won 23 awards, just to name a few of their greatest achievements! To top it all off, their single 'Touch' has been nominated for British Single at the BRIT awards.