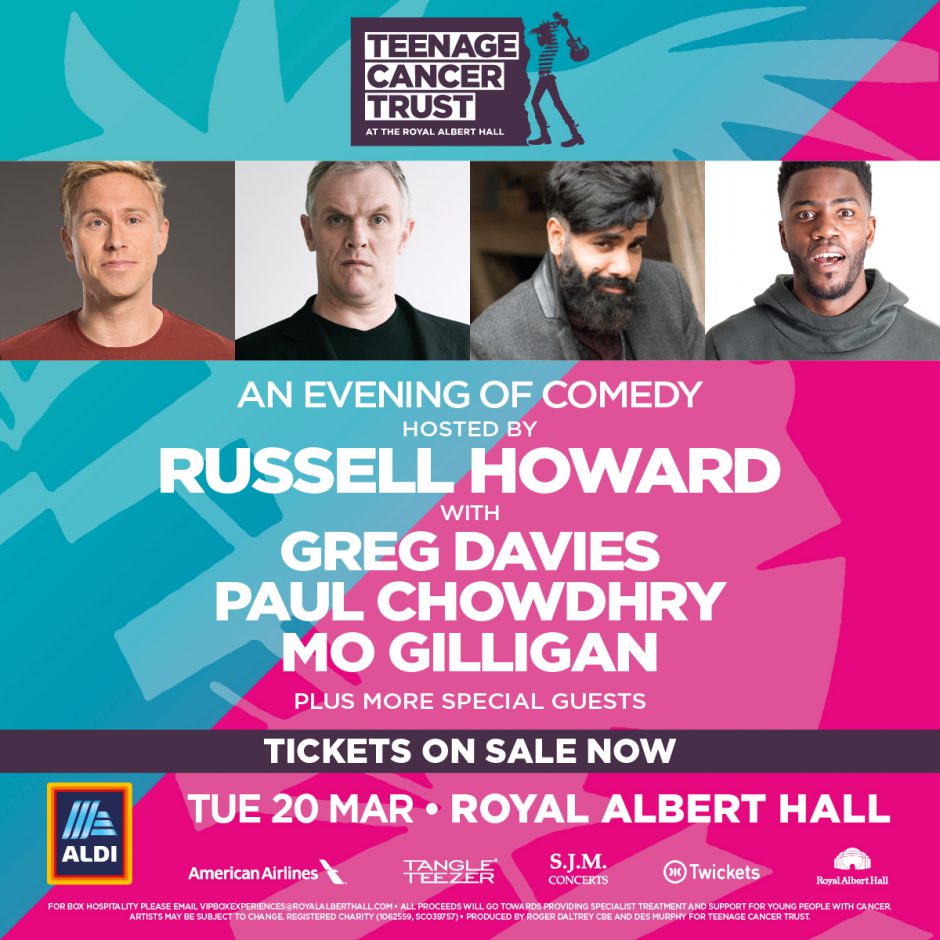 Teenage Cancer Trust at the Royal Albert Hall returns for the event’s 18th year and is set to be another special one. As well as welcoming some of the UK’s biggest music stars, Teenage Cancer Trust also welcomes some of Britain’s best-loved comedians for an evening of laughter on 20th March 2018. One of the UK's most successful comedians and the shows host, Russell Howard, will guide the audience through an exciting evening of comedy as he introduces heavyweight comedians and many, yet to be announced, special guests.

First announced to join Russell will be the brilliant Greg Davies! Breaking through with his infamous role of psychotic Head of Sixth Form in Channel 4's The Inbetweeners, Greg has since earned a multitude of prestigious comedy nominations, completed his biggest ever tour You Magnificent Beast, and is now the current host of Dave's Taskmaster.

Also on the bill is the UK's fastest rising social media star Mo Gilligan; soaring from online fame through viral videos and shortform, Mo has since sold out his debut Coupla Cans Tour which flew out in minutes! But what makes Mo a truly unique performer is his high-energy style and stunning physicality.

Last to be announced so far is star of Taskmasker, Stand Up for the Week and Live at the Apollo Paul Chowdry whose Live Innit tour completely sold out last Autumn, leading Paul to become the first British Asian stand-up to sell out the SSE Wembley Arena. Since then, the tour has continued to expand right into 2018 with another 36 dates added so far!