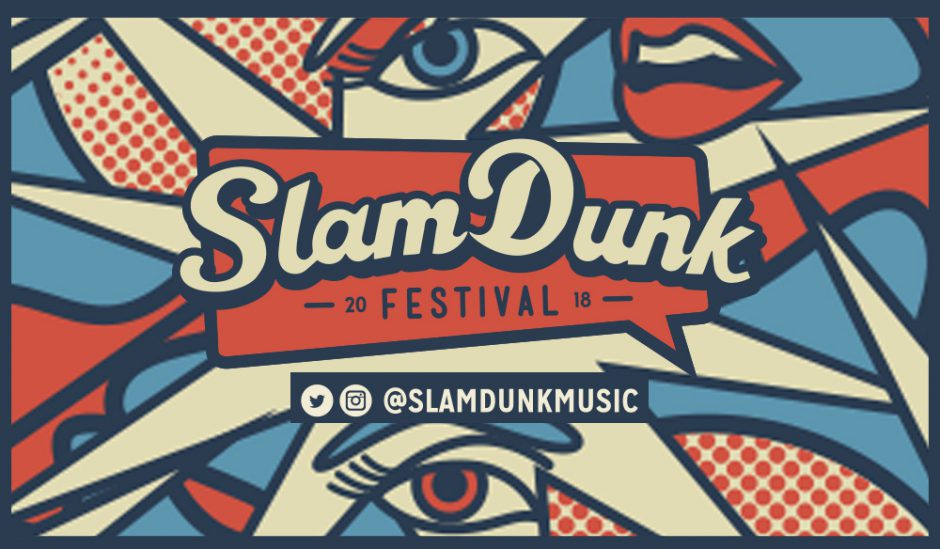 Slam Dunk Festival, the unmissable pop-punk party of the summer, is delighted to reveal that Watford mob Lower Than Atlantis, emo icons Say Anything and Chicago favourites Homesafe will join the impressive line-up. As well as these exciting new additions, Slam Dunk Festival have have also announced stage splits for the May Bank Holiday weekender.

These new additions will be joining an already stellar line-up, with the Jagermeister Stage welcoming pop-punk titans Good Charlotte as they make their Slam Dunk debut; arena-rockers PVRIS, and ferocious Frank Carter & the Rattlesnakes to grace it's stage. There'll also be the amazing State Champs, Knuckle Puck, Four Year Strong and of course, Sleeping with Sirens and Creeper.

Meanwhile The Monster Stage will be the place to catch emo-rock legends Jimmy Eat World as they celebrate their 25th anniversary;Taking Back Sunday, who will unite the crowd with heart-felt singalongs; and not to mention Lower Than Atlantis, Moose Blood, and Twin Atlantic.

This year’s Fireball Stage will see fan-favourites Reel Big Fish’s return to Slam Dunk as this stage’s headline, alongside Californian legends Goldfinger; Brit reggae-punks The Skints with Zebrahead and Capdown, who'll be joining Save Ferris, King Prawn, Guttermouth and Templeton Pek for the biggest punk & ska-party of the year!

Known for bringing the heavy, the Impericon stage has all bases covered this year with American hardcore punk rockers Every Time I Die topping the bill; the return of Canadian leaders Comeback Kid; whilst Northlane,  Crown The Empire, The Devil Wears Prada, Astroid Boys, Counterparts, Brutality Will Prevail, and Loathe will all be appearing here at Slam Dunk Festival for the first time ever. Over on this year’s Signature Brew Stage, Patty Walters will be leading As It Is to the top, following highly-anticipated sets from UK pop-punk front runners ROAM, Trash Boat and Woes and favourites Can’t Swim and Broadside. New additions Me Vs Hero & Homesafe will be also now joining them!

One for the new music aficionados, the Rock Sound Breakout Stage will see the hottest new bands perform. Canadian troupe Palaye Royale, American favourites Chapel and Dream State will appear alongside Grayscale, Holding Absence, Milestones, Sleep On It, Stand Atlantic and The Faim.

Paying homage to Slam Dunk Festival’s humble beginnings, the acoustic Key Club Stage is packed with some of the most exciting acts in contemporary rock music. Warming up the stage for headliners Speak Low If You Speak Love will be UK natives Rob Lynch, Luke Rainsford and Cavetown; before an American invasion of Four Year Strong, PVMNTS and Selfish Things.

Whether you’re at Leeds City Centre on May 26th, Hatfield Park on May 27th or Birmingham’s NEC, Slam Dunk Festival 2018 will be the ultimate alternative party of the summer. Tickets on sale now!

If you haven't heard the artists yet then give our Slam Dunk playlist a listen to below!