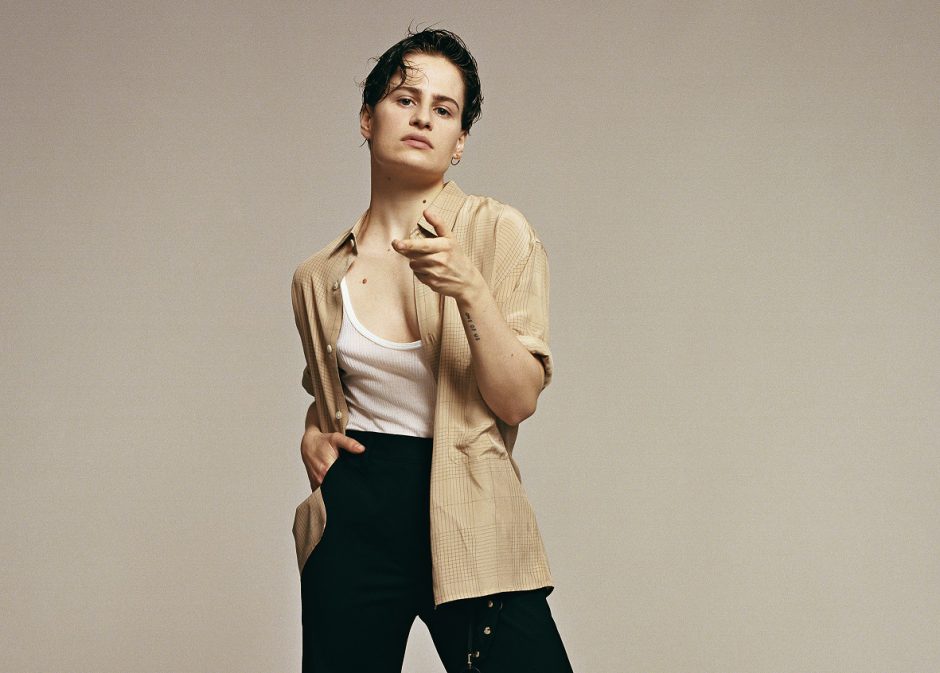 Having been fairly quiet since the release of her debut album, 'Chaleur Humaine' back in 2014 in France and 2016 in the UK, Christine and the Queens is officially back, and with a bang! Her incredible new single, 'Girlfriend' was revealed on Annie Mac's 'Hottest Record In The World' on BBC Radio 1 this week. Although she's kept the raw essence of who she is as a music writer, this new single shows her off in a much more mature and adult light, with confidence, anger, lust, and macho swagger all themes running through the track.

Her debut album sold more than 1.3 million copies to date, it spent an incredible ten weeks in the top ten of the UK album chart, peaking at number two, as well as number one on both iTunes and Amazon Music and was certified Gold in this country. She was also nominated for four awards at last year's NME Awards, winning Best International Female and Best Track for 'Tilted'. Time Magazine has also classed her as one of the most influential young creatives in the world. It doesn't get much more impressive than that!

If you'd like to see her live, she's announced new shows this November, and tickets are on sale now!