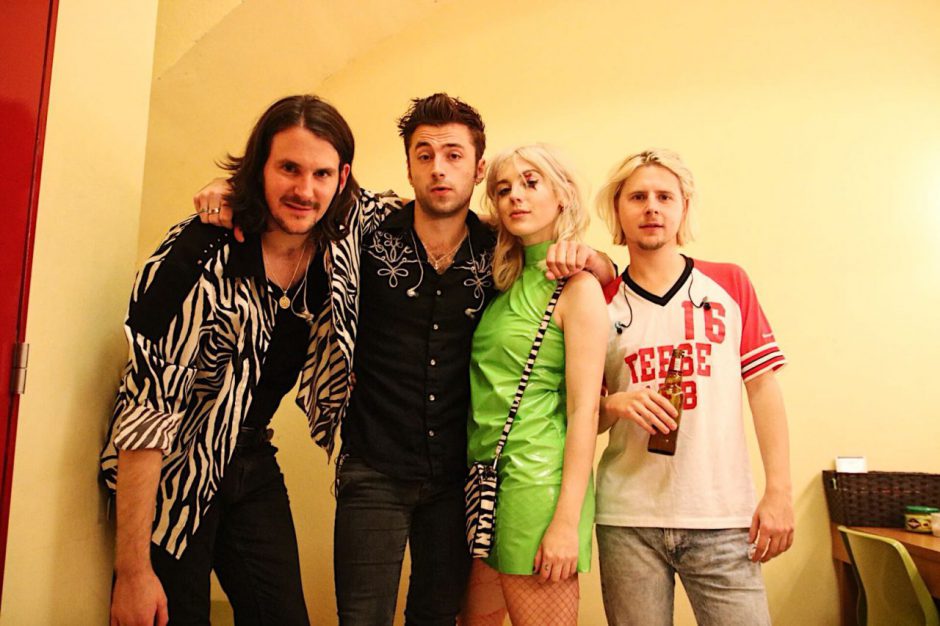 This month we are here to celebrate our close personal friends, Black Honey. The Brighton based four piece have had a sky rocketing career so far, with this year seeing them share a stage at Finsbury Park with rock gods Queens of the Stone Age and Royal Blood, alone. Although the journey has only just started, it's beginning to look extremely thrilling already. With their debut album release coming this September, what better way to celebrate than to join them on their UK tour this autumn.

Since their first appearance on the scene in 2014, the quartet eluded mystery and a sense of cinematic vision through their debut track 'Sleep Forever'. It is clear to see that the band have carried through and propelled this Quentin Tarantino-esque ensemble with must-watch music videos of 2018. 'I only hurt the Ones I Love' below will truly transfix you:

If you are new to the band, let them bowl you over with the self-directed video, 'Bad Friends':

"Got you on my mind a week or two,
feel so lost when I'm not with you."

This summer, the band will be performing at festivals such as Truck Festival and Tramlines and getting ready for the magical day that is the album release. And to join the honeys on their tour starting Saturday 13th October, at Thekla in Bristol - find tickets you don't want to miss out on, here.

For a chance to pre-order the debut album and exclusive merchandise - click here now!

Or catch See Tickets' own Hannah at the Merch Stand this coming October. To keep following Black Honey, keep your eyes peeled on our blog for a Q&A exclusive later this summer.