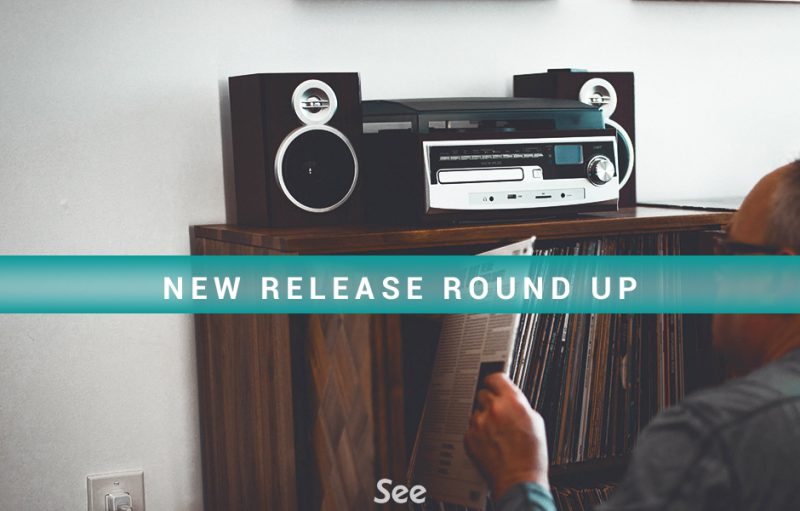 The Australian pop punk band of four released their third studio album last month. As their popularity is growing at a rapid rate, their music keeps going from strength to strength. With their last studio album, 'Sounds Good Feels Good' being released back in 2015, it's no surprise that in the last three years the band have changed their sound slightly. The new album has moved away from the punk, and has settled closer to pop. That being said, their young and confident charm still shines through every single track.

5 Seconds of Summer are embarking on a UK tour this autumn, and you can get tickets here.

Florence + The Machine - 'High as Hope' Her last album, 'How Big, How Blue, How Beautiful' was released back in 2015, so it's been a long wait for Florence fans to get their hands on some new music. Thankfully, this new installment doesn't disappoint. The fourth album by Florence sees a more stripped back and raw version of what she does so well. Her unique voice shines through, as it does in every song she creates. The same emotion that drives her music is heard once again. She's slightly older, slightly wiser, and that makes this album different than previous releases for the right reasons.

If you'd like to see her live, you can get tickets to her November UK tour here. This marks the first studio album by the British singer-songwriter, and he's started with a bang! The release comes during a busy time for Grennan, who's playing at over 14 festivals this summer. If that wasn't enough, Grennan also broke the world record for the most gigs played in 12 hours (ten venues from Manchester to marlborough). The debut album includes his popular track, 'Found What I've Been Looking For', which has been used in the Fifa 18 soundtrack and also by Sky Sports as the theme song for Nissan Super Sunday. The rest of the album is just as catchy though, with his strong, gravelly vocals heard throughout every song.

Tom Grennan will be going on tour this October, and you can buy tickets here. The trio have swiftly risen yet again to the forefront of British pop, and if their recent single, 'If You're Over Me' is anything to go by, they're not only back, but they're even better than before. Although Years & Years have kept the personality we all know and love running through their sophomore album, it has a more spiritual and religious undertone than their debut release, 'Communion'. Having said that, it simply oozes the same magical energy we're so used to hearing from them.

You can pick up tickets for their Manchester show on Sunday 2nd December here. The Australian up-and-comer is extremely talented, not just at singing but also writing and producing music. It's understandable why her debut album has been picked up straight away and even reached number one in Australia. She's also started gaining fans in the US, with her single, 'Adore' - which was released in 2016 - reaching number 32 in the US Alternative Songs chart. Jam-packed with pop roots and indie hooks, her debut lives up to the anticipation. It's hard to believe this is her first attempt at a studio album, and effectively leaves you wanting more.

Amy Shark is going on tour next year, and tickets go on sale this Friday at 10am. You'll be able to buy them here.