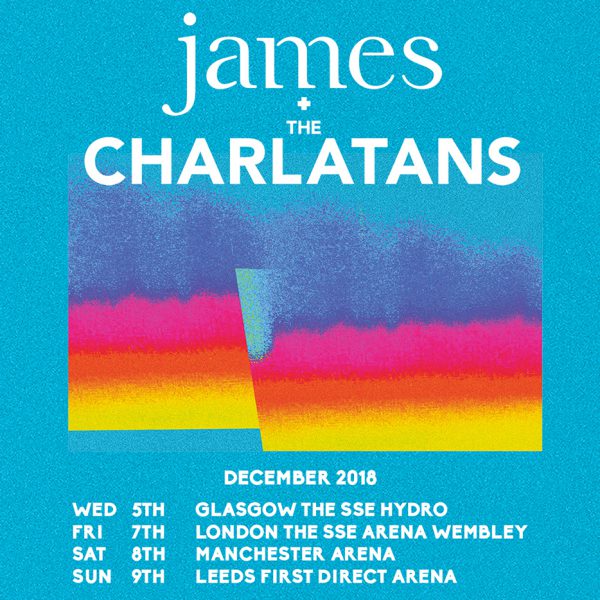 Following a hugely successful one off show at Liverpool Echo Arena in 2016, British music heavyweights James & The Charlatans have announced a joint, UK arena tour for December.

It's an incredibly exciting time for both bands, with The Charlatans releasing their latest album 'Different Days' last year and shooting straight to an impressive number 4 in the UK Album Charts; whilst James have just released their critically-acclaimed new album 'Living In Extraordinary Times'. James' latest album follows the release of their 2016 LP 'Girl at the End of the World', which debuted at a massive number two in the UK Album Charts!

Meanwhile, twenty-eight years since they first bagged a Number One album with ‘Some Friendly’, The Charlatans are still achieving fresh career highs, dreaming up new music and still increasingly assured of who they are as a band; with The Guardian describing their latest album as “their best for twenty years". The past four years have seen The Charlatans become regulars on the 6 Music A List, win the esteemed Q Magazine Lifetime Achievement Award, and tour extensively around the globe.

With so much success under their belts, it would be unthinkable to miss these two iconic British bands playing, what will be, a tour to remember. Don't miss out - tickets on sale now!