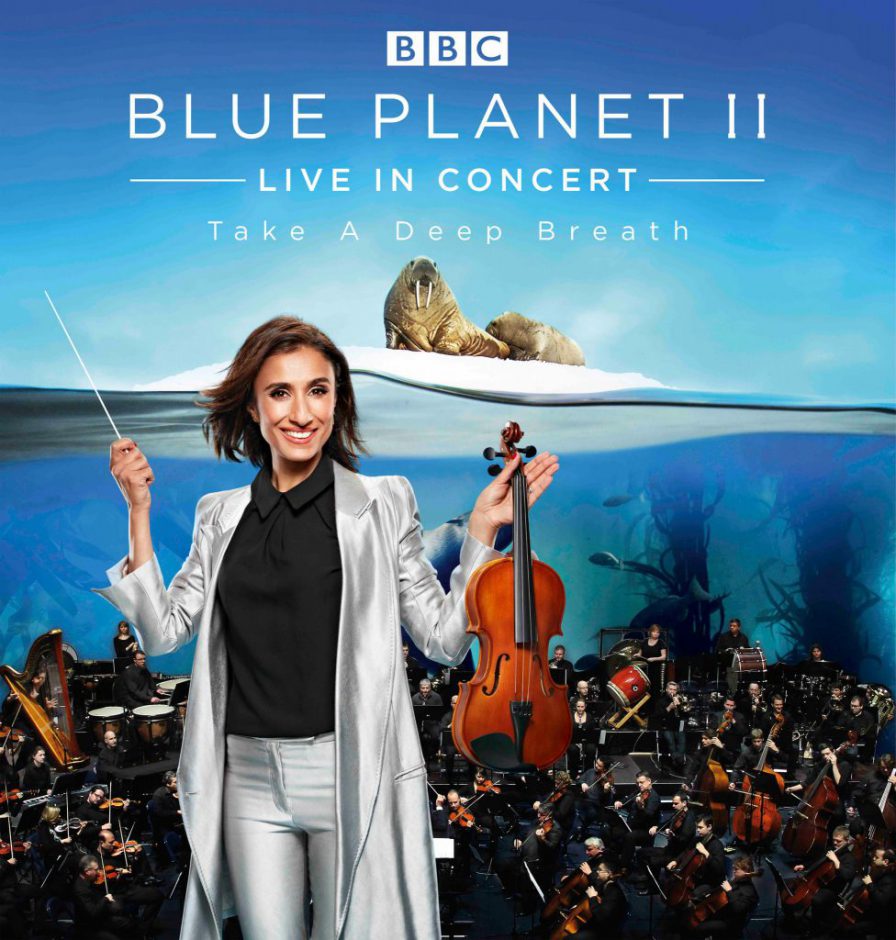 BBC presenter Anita Rani has been announced as the narrator for the wonderful Blue Planet II Live in Concert. Read on to find our exclusive Q&A with her! 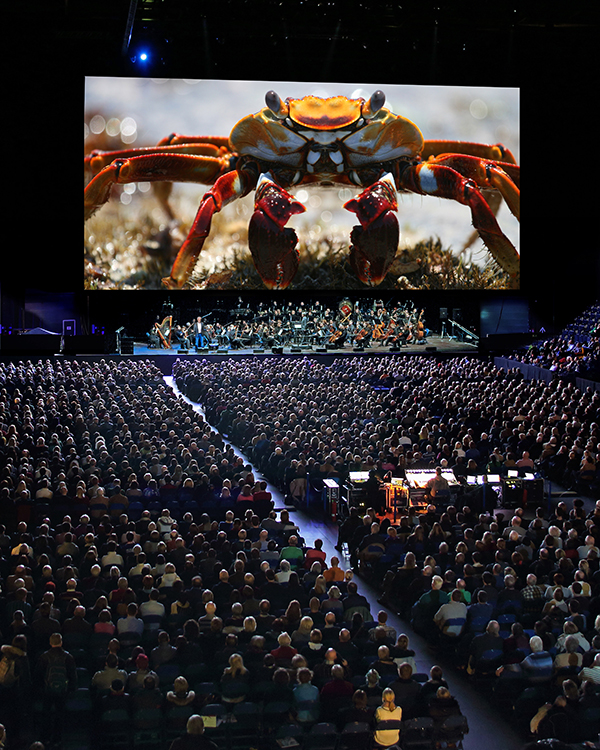 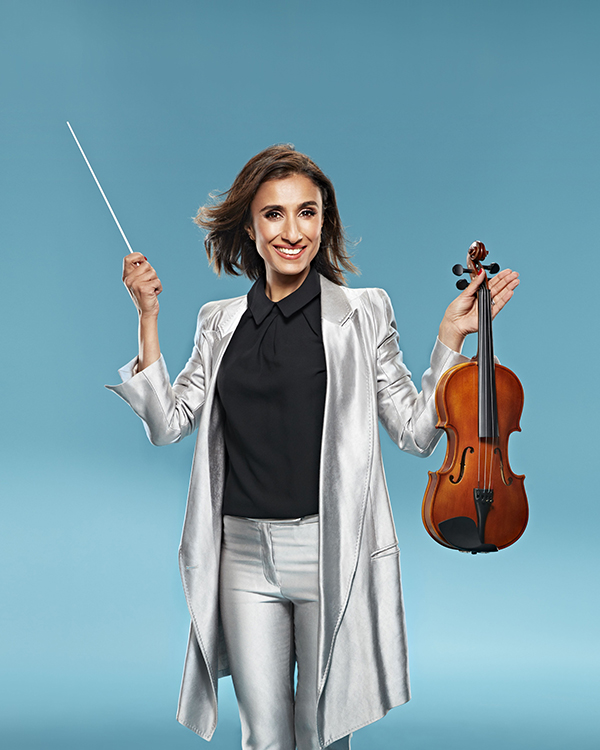 BBC presenter and newly announced narrator of Blue Planet II live: Anita Rani spoke to us exclusively about the event and her work! Check out our exclusive interview below:

What would you say to people that have enjoyed watching Blue Planet II on the TV – who are thinking about going to Live in concert?

If you watch Blue Planet II, I don’t think there’s a person who watched it that didn’t fall in love with it. It was more than a TV show, it was a moment, and it’s a moment that’s gone down in television history already. So, if you watched it and you loved it, then you cannot miss this live tour because it’s a fully immersive experience. You’ll be able to see those iconic moments – surfing dolphins on a huge screen with an 80 piece live orchestra playing that incredible soundtrack by Hans Zimmer. It’s not to be missed, you’d just be bonkers if you didn’t come!

What parts of the event are you personally looking forward to?

I can’t wait to be part of it! The penny hasn’t quite dropped that I’m hosting it because I will be standing there in front of 12,000 people at The O2 and all the various arenas that we’re going to, and holding the show together… which will be interesting! I just can’t wait to be part of it; it’s such an honour to be asked to do this show. I’ve done the Strictly tour, which was an incredible thing to be part of, but to be part of the Blue Planet brand, which is so well loved and is some of the greatest tele on earth. What inspired you to join Blue Planet II Live in concert?

It was a no-brainer for me. I love everything the Natural History Unit (BBC) produce, obviously growing up, David Attenborough was a huge part of my life as he is with everybody, and Blue Planet II is just an overwhelming television programme that just stayed with me, so to be asked to host the tour is, yeah, such an honour.

Blue Planet II has highlighted the damage plastic does to marine life. Have you made any changes to using single use products such as plastic straws? Do you have any tips for people wanting to making changes to their own use?

I think Blue Planet, it just shows the power of television, and it really did change the attitude of the nation I think towards single-use plastic and made us aware about the damage we are doing to our beautiful planet and our oceans. What am I doing? I’m doing as much as I can at the moment. So there’s lots that people can do, and you’re quite right, the first thing people can do is stop using plastic straws, because we’re adults… we don’t need straws, we can drink from a glass! *laughing*.
Carrier bags – I think that’s really sunk into people’s brains. Little things that you can do, just have a canvas sack with you when you go to the supermarket. There’s lots you can do.

Our planet, and especially our oceans are often misunderstood due to how vast they are. How do you think the event will ignite more people’s curiosity?

I think it’s very easy to live in our little concrete bubbles that we do and programmes like Blue Planet and all those natural history programmes open our eyes to the world – that’s television at it’s best. That’s why I love working in television because it’s a medium that can really impact people and show them what’s happening elsewhere outside of their living rooms.

Two thirds of our planet’s surface is ocean and we know so little about it. The alien kingdom isn’t over there in the stars somewhere, it’s right here, and this programme has taken us deeper than we’ve ever been and shown us all those bizarre creatures that have been there for way longer than we have; the one that sticks in my mind is the Bobbit Worm, do you remember the Bobbit Worm? The weird alien creature that’s about a metre long, and I think the fact was, which really stuck with me, it’s been on Earth for 400 million years! So, it kind of puts us into perspective really, doesn’t it? We’ll be long gone but the Bobbit Worm will still be going!

Please fill in the blank: The best part about attending Blue Planet II – Live in Concert is….It will change your life!

You have done many fascinating documentaries in the past – is this event similar to what you have done previously? Or will it be a new experience for you?

I have made lots of documentaries, I’m very lucky that I get to do a variety of programmes that cross all sorts of different topics - from Bollywood, to the partition of India, to big history programmes, to Countryfile of course, but this is very different. To do a live tour and host it in front of thousands of people, the closest I’ve come is I did the Strictly tour. After I danced on Strictly, I danced on the tour and then the following year, I had the honour of hosting the tour. That’s the closest I’ve come to it but even then I don’t think this compares to that, I just think this is an entity within itself.

During the filming of the Blue Planet II, film crews embarked on 125 expeditions, travelled to 39 countries and spent over 6,000 hours of deep sea diving. Could you see yourself taking part in a similar expedition?

Oh my god, yeah! In my heart, alright, not even in my heart (I wear it quite openly on my sleeve) - I am an adventurer, so any opportunity to go on an adventure. But that is dedication, isn’t it? 4 years of your life to make a TV show, I mean, I don’t know if I have that much patience, but if the product you’re producing is of the quality of Blue Planet, then it’s worth the investment, isn’t it? It would be amazing to be a part of a programme like that.

What was your thoughts when you first watched BP on the TV – were you as hooked as the rest of the nation?

Absolutely. I think I was part of the movement, I think the nation was just drawn to it. It was the talking point and they do what they did with the first one, they just opened our eyes to an alien world. It was the talking point for everybody the next day at work, wasn’t it? “Did you see that scene? Did you see that?” It’s so much bigger than a TV show, it tells you something about humanity, it tells you something about our planet. It’s something that is embedded. It’s not like watching an entertainment show that is fun and entertaining, watching Blue Planet II hasn’t left me. Those scenes are with us forever.

A fantastical journey from icy polar seas to pulsating coral reefs, from the luminous deep sea to enormous kelp forests: immerse yourself with Blue Planet II – Live In Concert, a simply breath-taking and epic show that you will never forget.