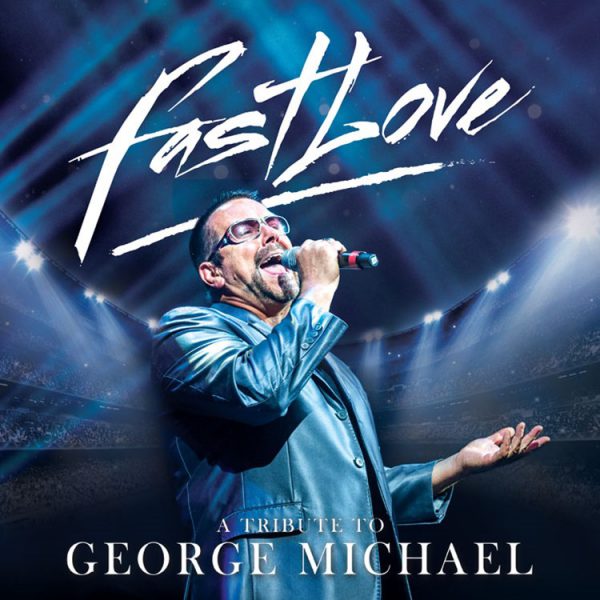 The World’s biggest George Michael celebration, Fastlove has announced a UK Arena Tour for 2019! These 14 specially selected shows will be bigger than ever, with new songs, video walls and featuring George Michael’s very own saxophonist, Ed Barker. You'll be able to enjoy tracks such as 'I Can't Make You Love Me' and 'I Knew You Were Waiting'. Not only that, the classics hits of 'Careless Whisper', 'Outside' and 'I’m Your Man' will be performed.

We spoke to the star of the show, George Michael Joseph about Fastlove.

I've always loved singing and as a life long George Michael fan, I kept getting told I sounded just like him. So one day I gave it a go and that was 20 years ago.

The producer James Taylor called me up in January 2017 and told me he had been researching the best George Michael tributes out there and he wanted to meet me. So we had a meeting, he told me his vision for the show and asked if I would like to be in the show. We had our first show in Colchester in September 2017 and the show has gone from strength to strength. I've been blown away by the support of the fans. I know I'm not George Michael and I'm under no illusions. I'm just a fan who loves what he stood for and his songs. I'm just proud to keep George Michael's music alive.

'Cowboys and Angels' for me. It has a real charm to it and such sensibility. Of course on the Arena tour shows next year we have George Michael's very own saxophonist Ed Barker joining for the sax solo at the end.

I love doing it for the fans. I must admit walking out on some of these stages is scary stuff. So far we sold out Edinburgh play house last year nearly twice, that's 3000 people each night and that's quite a daunting experience and of course playing in London's West End but truly I love it all. I have a fantastic team around me, with the whole cast and everyone behind the scenes who makes the show what it is.

Sadly not and its one of my biggest regrets.

Tickets are on sale now for the Fastlove Arena tour in 2019!