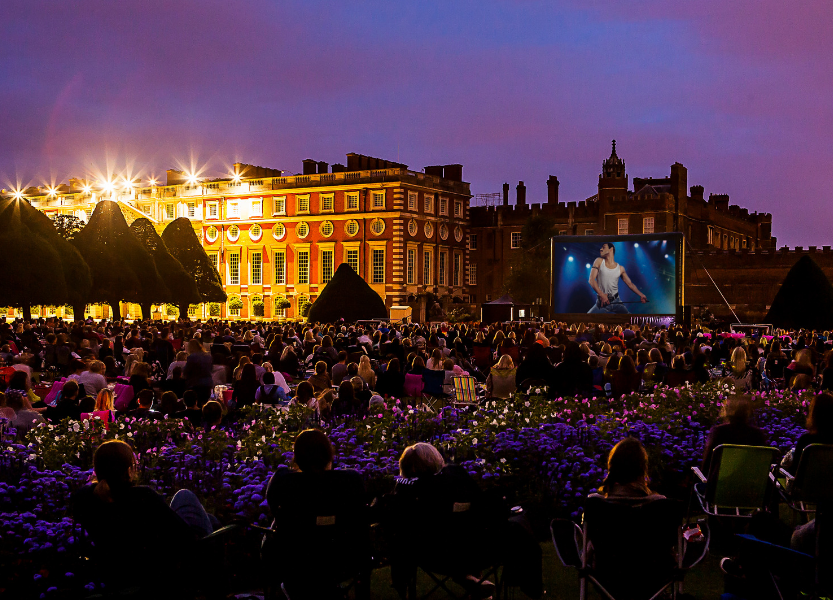 We caught up with George Wood, founder of outdoor cinema brand The Luna Cinema which also runs FriendsFest.

The Luna Cinema shows new films but also films that people might have seen many times before – what do you think is the appeal of watching a classic film outdoors?

Being in the open air adds a different dimension to a film – it doesn’t feel like going to the cinema does. For a start, the audience interact with the film differently. At the cinema you engage with a film on a singular level in a dark room where you mustn’t rustle your sweets. Different rules apply outdoors – there’s a picnic atmosphere and it feels like more of a celebration than a strict screening atmosphere. You also watch the film in a new way because there are clouds, birds, planes in the background, all of which add to the open air experience.

Do you think people are wanting more from their event experiences now?

Definitely. I started doing outdoor cinema 11 years ago when the multiplex was all we had – boutique cinema hadn’t really come into its own yet. We started at a time when people wanted – and were ready for - a different cinematic experience.
People’s standards are definitely higher now which is a good thing. There’s a real expectation that when you go to an event you are using your money and your time wisely so it needs to be well done. That’s even more important when we are all so time poor – people just don’t have the time to waste on a bad experience, and why should they?

There have been other companies that have come and gone who thought they could just stick a screen up and run an outdoor cinema event – but they realised quickly it’s not that easy and people see through it. Everything we invest in at The Luna Cinema is about making it a better experience for the audience. 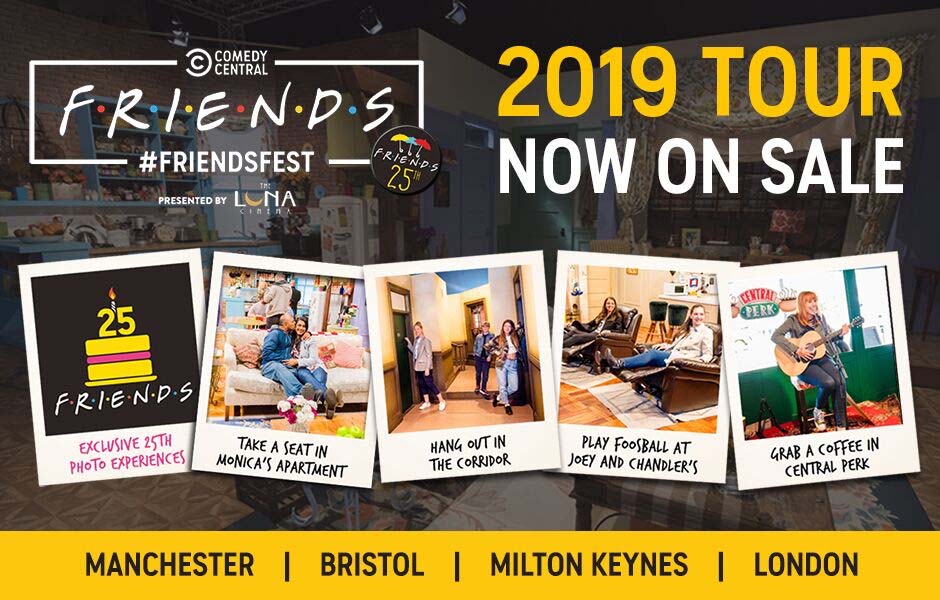 What is it about Friends that has made FriendsFest as an event, so popular?

I used to watch Friends back in the 90's and now this is my fifth year working on FriendsFest. We honestly didn’t know it would be such a massive hit! People are so fond of Friends – it really is very unique.

What’s interesting is that the average age of FriendsFest visitors is around 25 which is much younger than we expected. It now attracts a new generation of 15 to 16 year olds who stream the show which is funny because Friends predates mobiles and the internet!  Friends is so well written, has brilliant cast members and mass appeal – there are very, very few shows that have that combination and that would lend themselves to this kind of event.

Part of FriendsFest’s appeal is that its packed with selfie moments which people can share online and that’s down to having an iconic set - it’s great to see people’s jaws drop when they see Joey and Chandler’s apartment! I’d describe the whole experience as part exhibition, part ‘fan collective’ and part immersive event.

We have had offers from other TV channels because of FriendsFest’s success and are actively developing other ideas. We have actually just announced ‘Love Island The Experience’ which will be a TV event where live episodes are shown on a massive screen against an amazing backdrop, we’ll even have Islanders making guest appearances. The event will be a collective experience which people can enjoy with others who are like-minded. Love Island is a stand-out programme which has quickly become the hotly anticipated TV show of the summer. 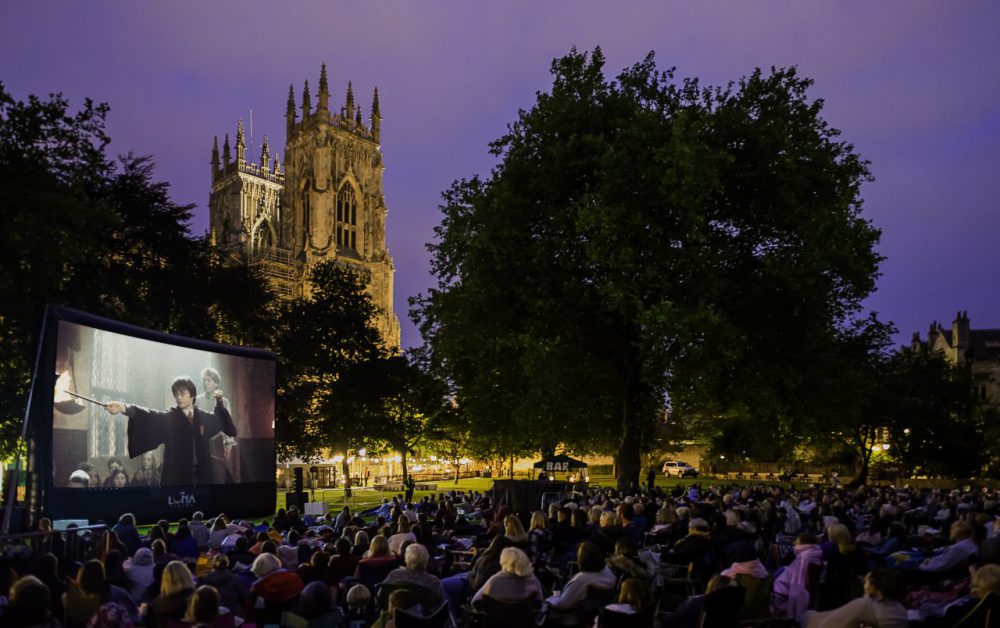 Luna Cinema takes places at venues all over the country like York Minster, Regent’s Park and Alexandra Palace. Are there any more iconic locations in the UK you would love to take Luna Cinema to?

When I first started Luna Cinema I made a list of venues I wanted us to play and now we’ve been able to play at the vast majority of them (although it did take a few years for me to get some of them on board!). In terms of prestigious UK venues, we have had events at Westminster Abbey, the Houses of Parliament, Stonehenge and Wembley to name a few - I think Buckingham Palace is the one we’re waiting on! We’re still expanding into new venues and new for this year are The Old Royal Naval College in Greenwich and Castle Howard which is exciting for us.

I’d say the UK is now a world leader in open air cinema, so the natural next step for us is to look at other territories. Saudi Arabia is confirmed as our next destination – its warm there from October onwards so it’s a nice book-end to our UK season. So, once we’ve finished up here in October we’re off to the Middle East!

Find tickets for The Luna Cinema, FriendsFest and Love Island The Experience