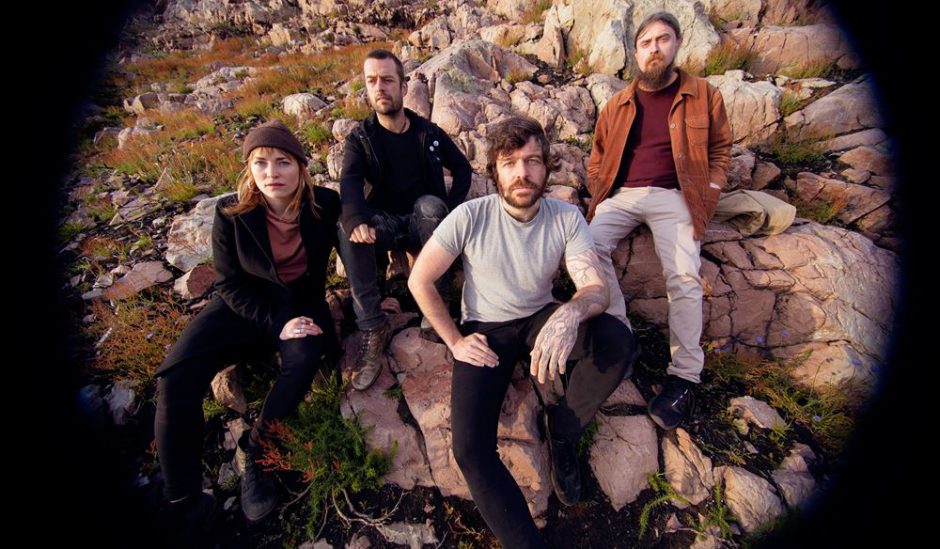 Lankum, the four-piece group from Dublin, Ireland combine traditional folk with contemporary undercurrents. The group consists of two brothers Ian Lynch and Daragh Lynch alongside Cormac Mac Diarmada and Radie Peat. Previously known as ‘Lynched’ in 2000, the group formed as an experimental psychedelic folk punk twosome by brothers Ian and Daragh. During their time as Lynched, they were nominated three times at the BBC Radio 2 Folk Awards and most recently have received BBC folk group of the year award for 2018.

In the latest of our Why I Love... features, we had a chat with Jo Finn, Marketing Manager for Brighton-based live music promoter Melting Vinyl about why Lankum are such an inspiration to her.

Is it possible for you to summarise your love for this band in one paragraph? If so, please have a go:

With a childhood of being dragged round the festival circuit by folky parents, folk music is in my blood. I’ve always loved seeing talented musicians who manage to make folk cool. Lankum nail it. They ooze charm, their stage presence feels effortless and their matey camaraderie feels utterly authentic.

At their gigs, you can’t help wishing they were your mates! The Irish folk four-piece manage to be both raucous and fun, tender and moving, with potent lyrics and beautiful vocal harmonies. How many folk bands would get to support Sleaford Mods?!?

Is there an anecdote or memory attached to Lankum that you can share?

I love Sundays at festivals. The part-timers/lightweights have packed up and headed home and the remaining stalwarts have settled into a more mellow ‘red wine and real ale’ vibe. It was a festival Sunday when I stumbled upon Lankum at Fire in the Mountain in Wales. The band’s late-night stage chat was hilarious and captured the mood of the crowd. A particular highlight was a female audience member sporting a fake grey beard making an (uninvited) impromptu appearance on stage joining the band playing along to ‘The Old Man From Over the Sea’ on spoons. The band not only took it in their stride but riffed with it to create a perfect and memorable festival moment.

We’re not saying you should mess with perfection, but if you could change anything about the band's music what would it be?

I have a really eclectic taste in music spanning almost all genres. It just has to stir something in me or make me dance. Some kind of Lankum electronica fusion would tick lots of boxes for me!

How would you persuade an uninitiated friend to listen to Lankum?

I would persuade the uninitiated to go see Lankum live. The on-stage banter is part and parcel of what makes Lankum worthy of their BBC folk group of the year award in 2018.

Check out some of their top hits below!

Lankum begin their UK tour this November, with one night at Komedia, Brighton 19th November. Book now (and don’t forget your beard and spoons).