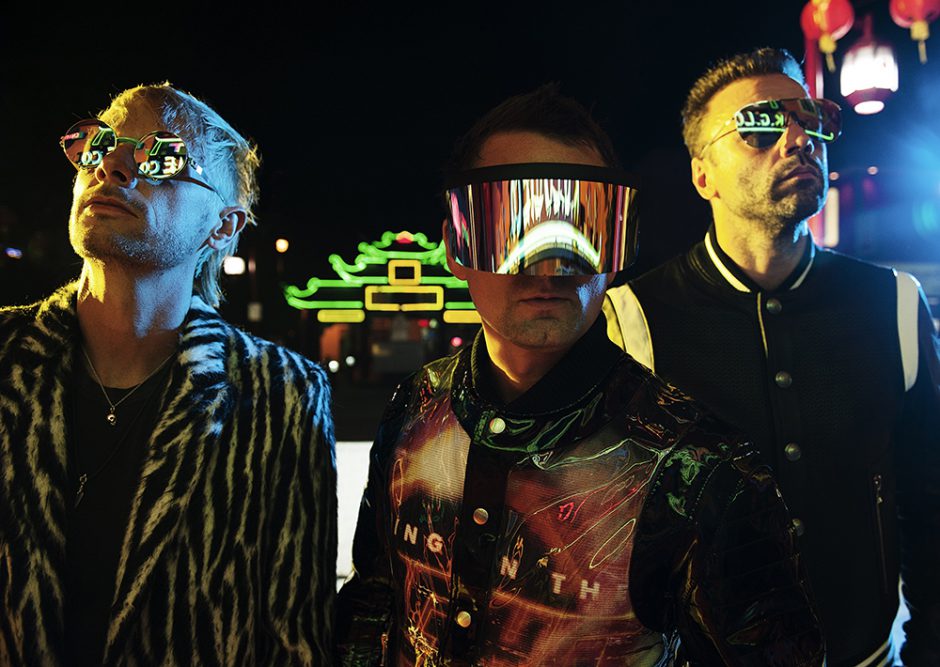 In the first of a new series - See Tickets' Deep Cuts - we're looking at some of the lesser-loved, but no less spectacular, songs by one of the biggest rock bands on the planet: Muse. They've released eight studio albums, five EPs, two live albums and have performed 12 global concert tours to date. The Muse back catalogue is both vast and impressive. Check out some of our favourite deep cuts and listen to the playlist in full below.

Muse are set to perform their latest UK shows as part of the Simulation Theory World Tour this September. We can't wait! So if you haven't already, buy your tickets today. Make sure you don't miss out on the show of a lifetime.

Often compared by music publications to songs by Queen, 'United States of Eurasia' is said to be inspired by book 'The Grand Chessboard' by Zbigniew Brzezinski. Frontman Matt Bellamy explained the song was also influenced by George Orwell's novel 'Nineteen Eighty-Four'.

According to drummer Dominic Howard 'Ruled by Secrecy' is about fear of people with power or responsibility. It was said to be one of the band's favourite songs to play live during the 'Absolution' tour in 2003/04. The visuals during their live show prove why. A video plays in the background, during which a countdown can be seen which ends at the piano climax in the song.

The title takes inspiration from Project MK-ULTRA. MK-ULTRA was the code name for a CIA project that sought to use drugs for the purposes of mind control and interrogation. In fact, images of declassified MK-ULTRA documents appears in the booklet of the album 'Black Holes and Revelations'. In 2010, MTV Exit used the song in a music video that highlighted the dangers and impact of human trafficking. The video was revealed during the band's 11th September concert at Wembley Stadium.

Sunburn is "about moving into a new world, mentally or physically, realising it's not what you thought it was going to be" according to drummer Howard. Originally, Bellamy wanted to play the song live with the piano. However, he couldn't learn how to do it until early 2001, where it was rotated on their touring schedule between guitar and piano versions.

Fans were invited to enter an open competition to create a music video for 'Animals'. And so, the winning video was released on 22nd April 2013. Howard described the song as the most political on 'The 2nd Law', aimed at the bankers and people "who gambled everyone’s money and ended up putting countries in debt."

After playing the song live in 2015, Bellamy cited Futurism as an example of a b-side he felt was better than some album tracks. The song had many names before the band settled with 'Futurism', including 'Electro Empire', 'Spectrum' and 'Tesseract'. According to Bellamy on Twitter, Futurism eventually led to the idea for the bassline in 2003's 'Hysteria'. It's evident in the clear similarities in both songs.

The song 'New Born' has been featured multiple times in pop culture. It was used in both 2003 French horror film Haute Tension and 2001 thriller Swordfish. It first started out as a guitar-based piece played in soundcheck during the 'Showbiz' tour in 1999. The piano intro was written afterwards. Originally the band experimented with using Bellamy's voice for the arpeggios instead of the piano, but as a result decided that the idea was too abstract.

In the music video, director Joseph Kahn wanted to express the "sadness" of life in the suburbs where every house looks more or less the same. Though Kahn thought of the video as one of the best he made, he believes that most people don't like it. Including Muse! Interestingly, it is thought that the title comes from the fact that the words "muscle" and "museum" come immediately before and after the word "muse" in some dictionaries.

'Assassin'was one of many Muse songs to be featured on videogames over the years, included in Guitar Hero: World Tour in 2008 as a playable track. Bellamy has said this is a "kind of take a gun out and kill somebody" style song. Early reviews mentioned similarities to the Knight Rider theme music.

Bellamy has in the past referred to the 'Citizens Erased' as the opposite to 'The Globalist'. He stated that the song is "loosely about a person disappearing into nothing, declining to take control/power and choosing to fade from memory rather than embrace the chaos". It's a firm fan favourite. Some members of Muse fan-sites attempted to get 'Citizen Erased' into the UK charts in 2007. As a result, it eventually reached position Number 122.

Listen to the full playlist below!