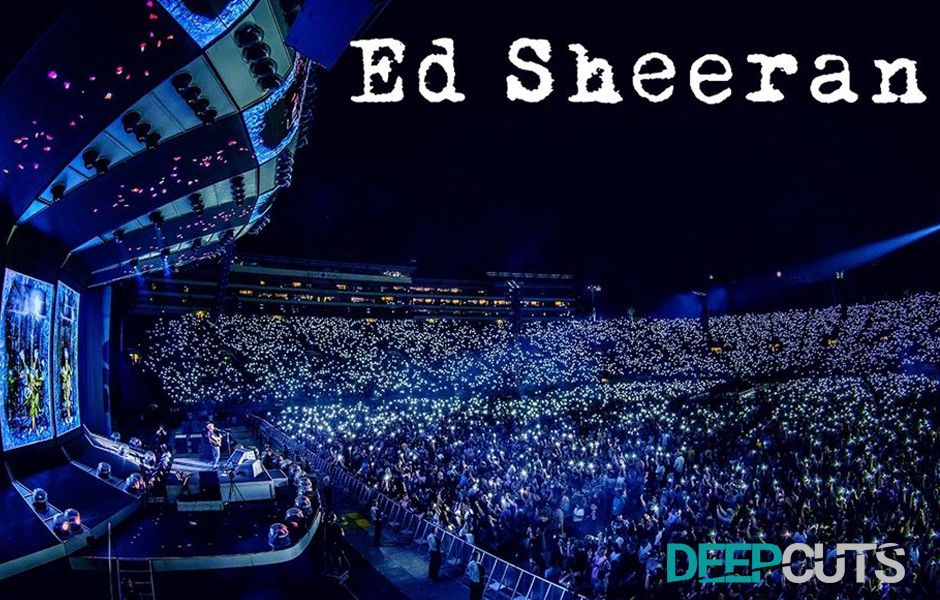 We're back with another edition of our new series - See Tickets' Deep Cuts. Last month we looked at Muse's lesser-know but still loved singles; but this month, we're moving from one of the biggest rock bands on the planet, to one of the biggest singer-songwriters: Ed Sheeran.

Starting out at just 19 with the release of his first EP 'Loose Change', Ed has since collated four studio albums, released over 24 singles (as the lead artist), collaborated with some of the biggest names in music, and sold over 2 million tickets worldwide and counting.

He's also not afraid of a record break or two. Consistently smashing records, Ed Sheeran's 'X' and 'Divide' albums are within the best-selling albums in UK chart history; he's one of the world's best-selling artists - with other 150 million records sold worldwide; his latest album 'No.6 Collaborations Project' recently broke Spotify's single-day streaming record; and his current 'Divide' tour stands as one of the highest grossing concerts of all time. You can be a part of this record, with tickets still available here.

I Will Take You Home

Released as part of the 'Bloodstream' single in 2015, 'I Will Take You Home' is heralded as one of Ed's most poetic and emotional songs, as his use of metaphors and imagery conveys a heartbreaking story of a relationship that can no longer be saved.

Even My Dad Does Sometimes

Admitting that it's OK to cry because 'even my dad does sometimes', this single from 'X' takes on toxic masculinity head-on with lyrics that encourage the listener to feel something - regardless of gender. Fans particularly resonate with the honesty and vulnerability laid out in this single.

You've all heard of 'The A Team', the lead single from Ed's first album '+', but 'Little Lady' featuring Mikill Pane is widely considered as the lesser-known back-story behind the chart-topping single. Featuring on 'No.5 Collaborations Project', this is the song where 'The A Team' all began.

Whilst this song reached No.25 in the UK Singles Charts, day one devotees of Ed will tell you that 'Small Bump' still remains a relatively unknown single - particularly to more newer fans. Based on the real-life tragedy of Ed's friend's miscarriage, 'Small Bump' is possibly the most touching, tear-jerking and painful of his songs.

A new take on loving yourself, 'Save Myself' is the self-championing, self-care endorsing anthem in which we all need to hear. Taken from his album 'Divide', the single highlights the importance of 'saving yourself' (or looking after yourself) before saving anybody else, and has been heralded as the song "every woman needs to listen to" (Bustle).

Often compared to single 'Don't', 'One Night' is the upbeat and irresistibly catchy anthem that stands out a mile in Ed's earlier catalogue. Praised for it's sophisticated mix of electric guitar, operatic vocals, and infectious chorus, 'One Night' showcases work that is strong technically whilst retaining Ed's signature charm.