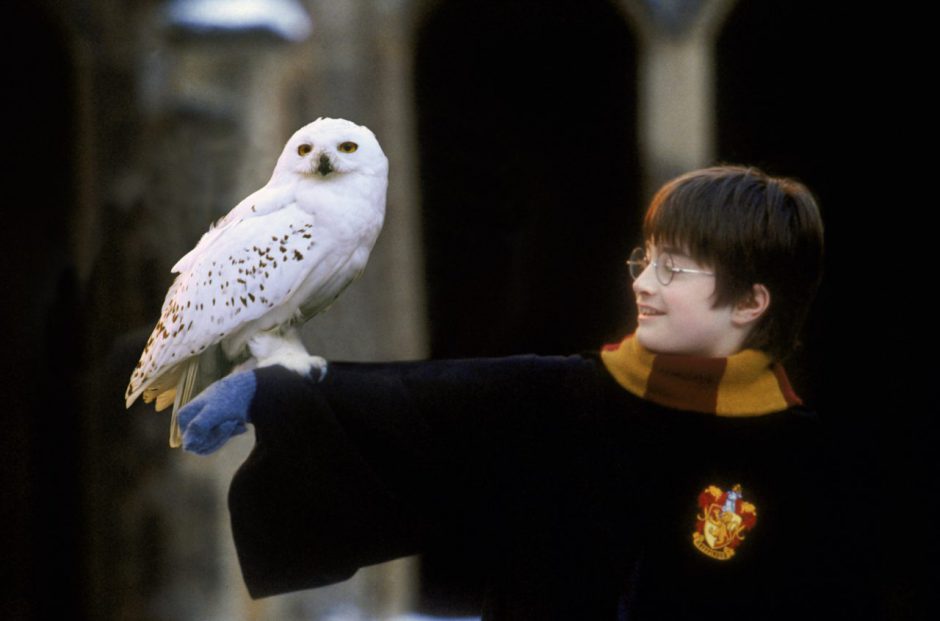 I think we can all agree that there will never be another cultural phenomenon quite like Harry Potter.

Seven books, eight movies and endless childhood memories - all thanks to the children's book series created by J. K. Rowling way back in 1997.

The first movie, Harry Potter and The Philosopher's Stone (or Sorcerer's Stone to our US friends), was released 18 years ago and most of us can probably remember going to the cinema to see it, or where we saw the iconic first instalment in a series that will forever go down in history as one of the greats.

Soon, the film will be returning to a town near you for the incredible Harry Potter and The Philosopher's Stone™ In Concert where you can watch the film, and listen to the original score by legend John Williams, performed by the Czech National Symphony Orchestra.

In celebration, and to get you all excited for the upcoming shows, we've put together our ten favourite moments that we can't wait to see on the big screen, accompanied by a live symphony orchestra. Spoilers ahead, but to be honest we'd be surprised if you've waited this long to watch it!

After orphan Harry's home - shared with his unloving Aunt Petunia, Uncle Vernon and cousin Dudley Dursley - is flooded with letters inviting Harry to attend Hogwarts School of Witchcraft and Wizardry, the family take a trip to get away from the madness.

Vernon refuses to let Harry attend the school, and as his fury at the bombardment of letters descends into chaos, the Dursleys and Harry share a run-down cabin in the middle of nowhere, on what happens to be Harry's 11th birthday.

In a life-changing turn of events, Hogwarts' gamekeeper Hagrid breaks down the door, presenting Harry with a birthday cake and the news that he will be attending Hogwarts after all.

The First Trip to Diagon Alley

Here, Hagrid introduces Harry to his first experience of the Wizarding World. With the tap of an umbrella on an unassuming brick wall, Harry first sees Diagon Alley - the go-to place for all your wizarding needs. It is here that Harry learns of his inheritance at Gringotts Bank, and he buys his first wand at Ollivander's.

We see the other children preparing for their first year at Hogwarts - staring open mouthed at the racing brooms on sale, and the animal companions they will choose to accompany them through their school years. We see Harry meet his beloved owl Hedwig and, most importantly, Professor Quirrell who he would later face in battle whilst Quirrell was under the possession of Lord Voldemort.

Instantly asserting herself as the intelligent and talented witch we would all come to know and love, Hermione fixes Harry's crudely broken glasses with the flick of her wand, much to the amazement of Harry and Ron. Her final words as she leaves the pair will always be a memorable moment.

"You've got dirt on your nose, by the way. Did you know?"

Harry and The Sorting Hat

Any Harry Potter fan will be able to tell you their Hogwarts House. It's an important badge of honour to be associated with one of the four legendary wizards who founded the great school of Hogwarts.

And indeed, this is where it all began for Harry and his classmates - eagerly awaiting their sorting by the magical Sorting Hat, which determines your house by your strength of character and stand-out personality traits.

As Harry steps up to be sorted, he recalls the terrible things he heard about the Slytherin house, and mutters under his breath: "Not Slytherin, not Slytherin...". In an unheard of act of kindness, the Sorting Hat responds to Harry's desperate plea, and announces with vigour...

The Troll in the Girls' Bathroom

As a young child watching Harry Potter for the first time, this scene was the first of many nerve-wracking moments in the series. Watching 11 year-old Hermione come face to face with a huge, fearsome troll - alone, and accompanied by the lightning of the storm that rages outside - is truly edge-of-the-seat viewing.

While it may no longer strike fear in our hearts, this iconic scene showcases some of the classic bravery and camaraderie of the three best friends Harry, Ron and Hermione when faced with certain danger. And to lighten the scene, watching Harry stick his wand up the troll's nose is always good for a chuckle.

After showcasing his natural ability for flying, Harry is chosen to be seeker on the Quidditch team - quite the honour for a first year, especially when raised by Muggles. And so, Harry steps up for his first game with the entire school watching excitedly in the stands.

During the game, Harry experiences some unusual goings on whilst flying his broom. His friends, incorrectly, assume that their sour-faced and stern potions teacher Professor Snape is to blame.

As the match continues, Harry finds the golden snitch and takes a dive for it. In a tense few moments, it appears Harry is about to be sick - but instead, he spits out the golden snitch, claiming victory for Gryffindor!

Our core characters Harry, Ron and Hermione take it upon themselves to stop Lord Voldemort from stealing the Philosopher's Stone. In the first of many challenges they face in order to find Voldemort and the Stone, they come across a large, three-headed dog named Fluffy.

The gang attempt to sneak past the dog, who is sleeping atop the trap door, leading to the Stone. The scene is one of the most suspenseful in the film, and just as they open the door, Fluffy awakes! Three heads bark and drool, jaws snapping at the young students. Luckily they slip through the door without injury, avoiding a punishing bite from Fluffy (but not without leaving some disgusting dog drool on Ron's shoulder).

They bypassed Fluffy, escaped the Devil's Snare, found the flying key, and yet their final challenge still awaits. Harry, Ron and Hermione approach a life-sized Wizard's Chess, where the pieces destroy one another until checkmate is declared.

In this brutal and tense game, Ron proves himself a worthy opponent and a loyal friend, sacrificing his piece in the game in order for Harry to declare checkmate. As Ron is thrown to the ground, we see the first in many examples of the unbreakable friendship these three have established.

The first Harry Potter film culminates with the revelation that Professor Quirrell had long since been under Lord Voldemort's control, conspiring to steal the Philosopher's Stone - not, as the children had thought, Professor Snape.

As Voldemort attempts to kill Harry in order to get the Stone, Harry's touch burns Quirrell, eventually turning him to dust. While Quirrell's body perishes, Voldemort's spirit lives, fleeing the castle.

The winning of the House Cup is how each school year comes to an end at Hogwarts. Throughout the year, students earn points for good behaviour. The house that earns the most wins the prestige of the House Cup.

Favouritism? Maybe. Deserved? Absolutely. A fitting end to a film about friendship, loyalty and, above all, magic.

Tickets are still on sale for Harry Potter and The Philosopher's Stone™ In Concert, coming to a venue near you across the UK in September. Grab yours today!