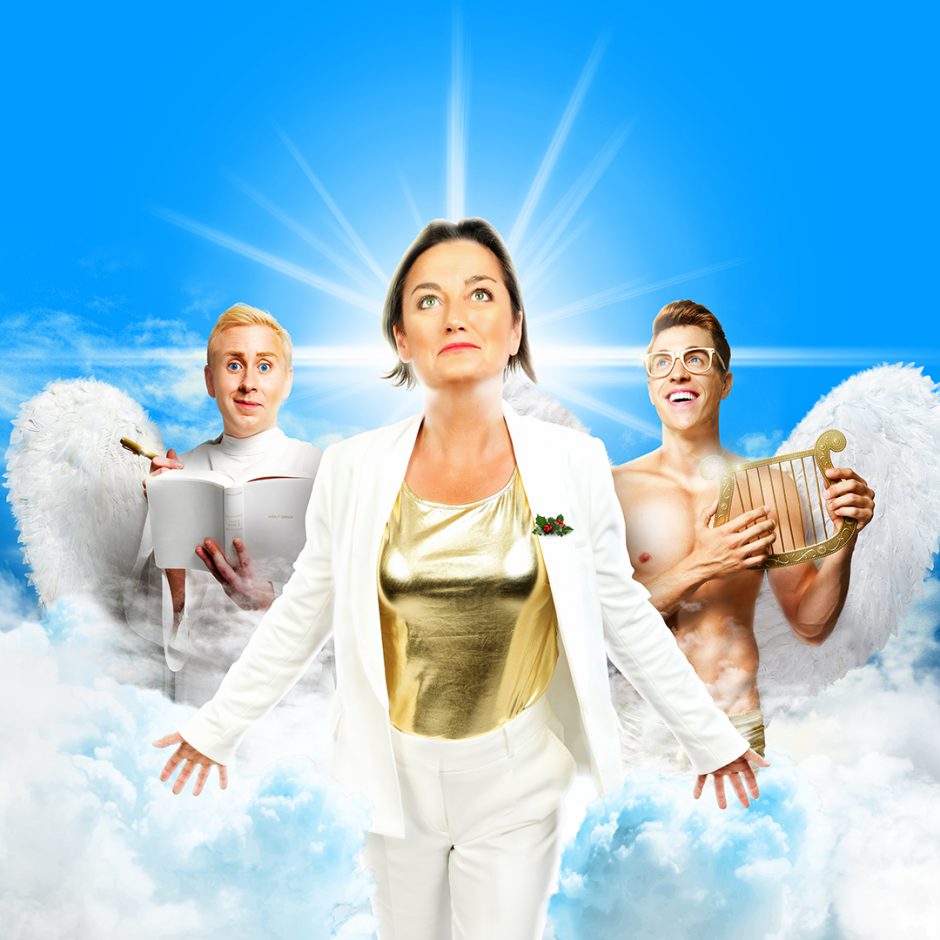 We spoke to David Javerbaum, former Executive Producer and Head Writer of Comedy Central’s The Daily Show with Jon Stewart, creator of the TV series Disjointed, writer of the The Last Testament: A Memoir by God and scribe for the @TheTweetOfGod Account, about the transfer of his play An Act of God at the Vaults Theatre starring Zoe Lyons.

You can see the show from this month at the Vaults Theatre so grab some tickets today!

In 2010 I was divinely inspired to write a book, The Last Testament: A Memoir by God. It's God’s autobiography, Holy Ghost-written by me, written chapter-and-verse style like the Bible, detailing His memories from not only biblical times but all of human history, as well as providing his views on such topics as love, sports, politics, etc.

As I began writing it my editor suggested launching a concurrent Twitter account that could help promote the book when it came out. I did so, and by the time the book was released six months later, the account had itself become successful, so much so that people thought the book was merely a cynical cash grab to capitalize on it. It was not. An Act of God, however, most certainly is.

What was the dramaturgical process like of using the tweets as the basis for An Act of God?

Only a dozen or so tweets from the account are actually used verbatim in the show. For the most part the material is either completely fresh or in some cases taken from the book. The key moment in writing it was when the original producer, the wonderful Jeffrey Finn, suggested using the Ten Commandments as an organizing principle. From that moment the script kind of fell into place organizationally, and the arc of God’s character suggested itself fairly quickly.

Do you have a favourite line from An Act of God?

The line in front of the theatre.

As this will be the European premiere, you have rewritten the play to feature bespoke material for Zoe Lyons and a British audience. Has the play changed dramatically? Do you think British audiences are more conservative than their American counterparts?

I have worked closely with both Zoe Lyons and the director Benji Sperring to craft the new material in a way that would be fresh and relevant for British audiences, and will be making changes up until the last minute based on audience reaction. The play very much depends upon feeling as if God is really right there at that time in that venue. As for the eternal British-vs.-American comedy audience debate, I don’t have a strong opinion either way, as at the moment both of our heads of state are equally frigging hilarious.

@TweetOfGod only follows Justin Bieber. If the account was to follow a British figure, who would it be and why?

The Queen. For saving purposes.

Is there anything, you personally, would like to ask God?

What’s up with my nascent middle-aged ear-hair? Is there a purpose to that, or is it just spite? ‘Cause it’s disgusting.

What’s next for you? What projects do you have coming up?

Believe it or not, I have a sequel to An Act of God that I hope to be bringing to Broadway soon. (Seriously!) I'm also developing an animated late-night talk-show hosted by God that will be available on the upcoming Quibi channel on your phone. Verily, this atheist has been truly blessed by God. Take that, Dawkins!