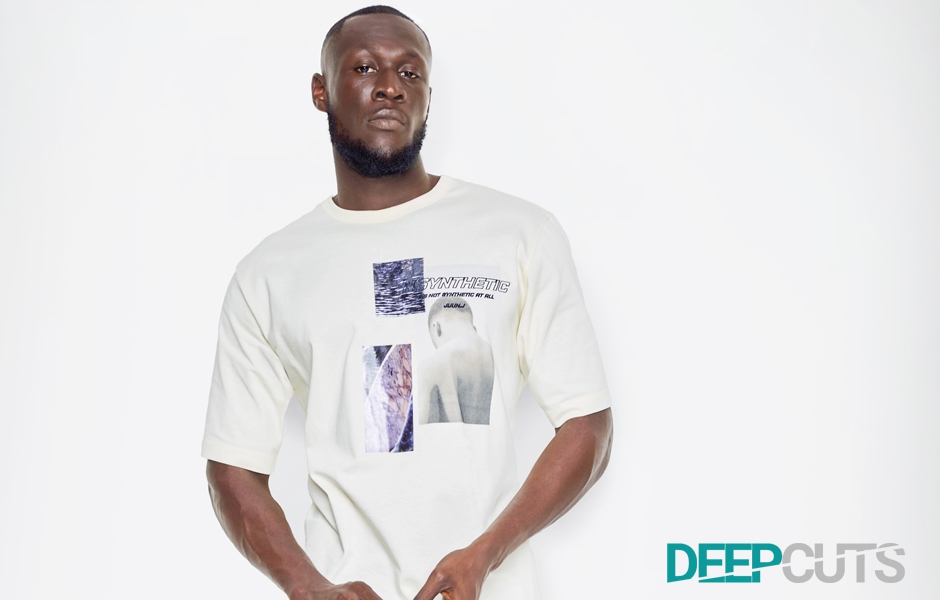 We're back with our fourth Deep Cuts blog series. This time we're featuring the London based rap and grime star, Stormzy. He made history by becoming the first black solo British headliner at Glastonbury after his impressive show-stopping performance on the Pyramid stage last year. Stormzy most recently won the award for British Male Solo Artist at the Brit Awards.

Ascending from the underground grime scene with a sequence of successful singles and freestyles, Stormzy became well known for his hugely successful rap song 'Shut Up' in 2015. He made a massive breakthrough in 2017 with his platinum-certified, chart-topping debut Gang Signs & Prayer and his first number one hit single, 'Vossi Bop' overtook his sophomore album with 2019's ‘Heavy Is the Head’.

He is the grime artists name on everyone’s lips, and for that reason, we’re taking a look (and a listen 🎧) to some of Stormzy’s best deep cuts. So plug your headphones in and prepare to be inspired. Don't forget, you can catch him live next September on his 'H.I.T.H' tour.

Let's begin with one of Stormzy's most raw and unapologetic tracks. 'First Things First' kicks off his 'Gang Signs & Prayer' album with a bang.

Again, coming from his critically acclaimed 'Gang Signs & Prayer' album, Stormzy wanted to include a heartfelt tribute to his mum on his album. Pulling on your heartstrings, the song starts off with a female voice sending a comforting message to the rapper and procedes to Stormzy explaining his past and how far he's come.

"Now I'm like Mum, buy a hundred bags, Be right here whenever you need me, I need you to know that your son's got your back."

Hailing from his 'Dreamers Disease' album, 'Not That Deep" is a diss track which takes us back to Stormzy's MC YouTube days.

"Your postcode don’t make you a gangster / You’re not bad, your area is."

A classic R&B track from his 'Gang Signs & Prayer' album - Stormzy sampled one of NAO's intro songs. He wanted to take something from this generation and from someone who he looks up to and admires. The song is much more laid back and calmer than some of his diss tracks.

Coming from his  2014 'Dreamers Disease' album, Intro is... as expected the introduction song to the album. The song explains where he came from and how far he's come.

"Now I'll get the Porsches, Range and the Bentleys to come pick us up every time we land"

Don't miss out on Stormzy's 2020 tour - tickets are selling fast!

You can also catch him at Reading Festival this August!