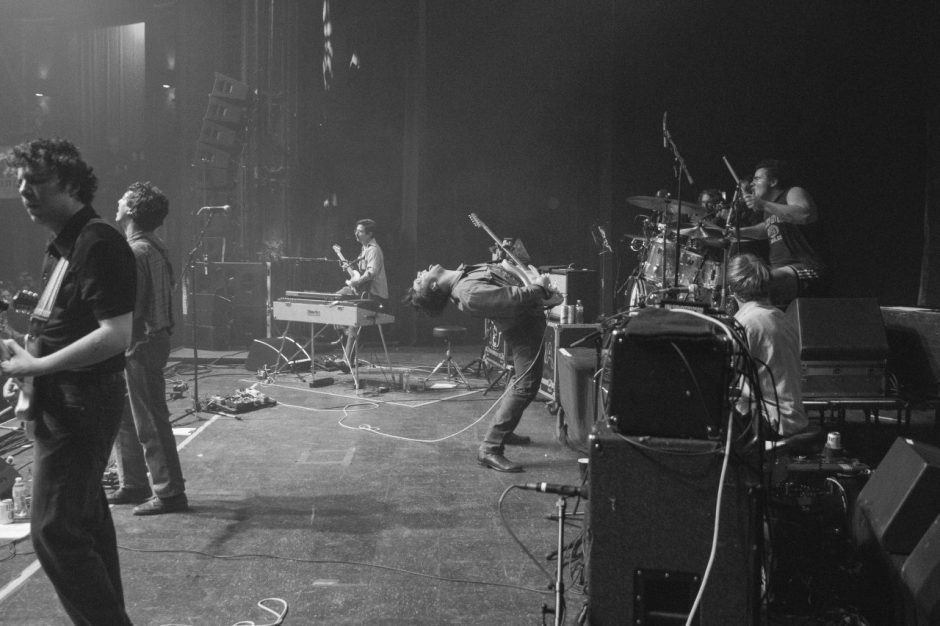 On the brink of a UK tour starting next month, we spoke to Chicago's own Twin Peaks about all things touring, changes in the industry, and that TV show. Heralded by GQ as "...your rock 'n' roll saviours", the band have recently followed up their latest album 'Lookout Low' with two, brand new singles 'Cawfee' and 'St. Vulgar'. Take a listen to these incredible tracks here and catch them live across the UK this February, with last chance tickets available here.

You have a big UK tour coming up next month, do you find that UK shows differ from those across the globe?

From our perspective, rock and roll as a whole is experienced and consumed very similarly all around the world, but the UK obviously has this history of great rock and roll acts- that energy has always shined through every time we visit. We can always expect people to be rowdy and involved while still being respectful of the people around them, which is something you don’t necessarily see everywhere. It makes the shows better for us which makes the show better for everyone else! You love to see that.

In three words, what can fans expect from your upcoming UK tour?

Your shows are known for their wild energy, what’s the wildest thing that’s ever happened at one of your shows?

We're known for having some really rowdy shows but there are tender moments as well! We had one couple propose onstage before. That’s a special sort of thing because that’s a moment that will (hopefully) carry with them happily for the rest of their lives and we had a piece of that! Stuff like that is more meaningful than being crazy sometimes, although being crazy is pretty much our normal speed.

Do you have a routine you perform before you go on stage?

Most of us are pretty calm before a show. We've been doing this so long that I think we rarely get nervous or have to get into a routine beforehand. Connor stretches and gets warm because he has to go to war with the drums every night and that's not an easy task night after night. We try to encourage each other before we go on. Little things like that. But it is truly a "calm before the storm" situation most nights. Just go up there and do the thing.

If you could perform with anyone, who would it be and why?

Wow these are always tough ones! We have a lot of dead heads in the group. I think that would be a dream come true for a good chunk of the band. We've always joked about opening for the Stones. I feel like we’ve gotten close before, but that could’ve just been a dream I had.

Having released your debut album in 2013, have you noticed a change in the live music industry over the last seven years? Whether that be at gigs, writing the music, recording etc.

Technically our debut Sunken was a record we put out ourselves first in 2012, right after we graduated high school. We planned an entire tour of shows around the states that were almost solely in houses, basements, garages, etc. We were entirely DIY in those early stages. We put that record out in order to have music to sell or give out at these shows, just burned it onto a bunch of CD's.

I think the biggest changes we saw immediately since when we started doing this is the disappearance of a lot of those DIY spots that made the indie/garage rock community in this country a lot bigger and more accessible to bands travelling around like we were in 2012 and before. That for us predated worries about streaming services taking over or big money corporations monopolising music venues across the country/world. That for us was the beginning of what would eventually mean even bigger changes for the music industry altogether.

You recorded your most recent album in Wales, do you think recording in the UK rather than the US affected the sound of the album?

Part of the appeal of doing the record out there was being kind of isolated in the country with minimal distractions and that's exactly what we got. I think it helps the music when you are all living together and collectively focused on one goal. The music takes priority over everything else at that point, and we think that translates to the record we made.

I have not heard about the chocolate bar you are referring to so I have to give this one to the TV show. It truly is one of the greats. I’m actually re-watching it currently. It’s unfortunate that we never actually watched the show at the time we took the name almost 10 years ago.. but we’ve been able to make it our own and many of us have watched it multiple times since. I’m glad we can exist in the same universe, but it’s always been a tough name to live up to!

Catch Twin Peaks live across the UK next month! Tickets on sale now.