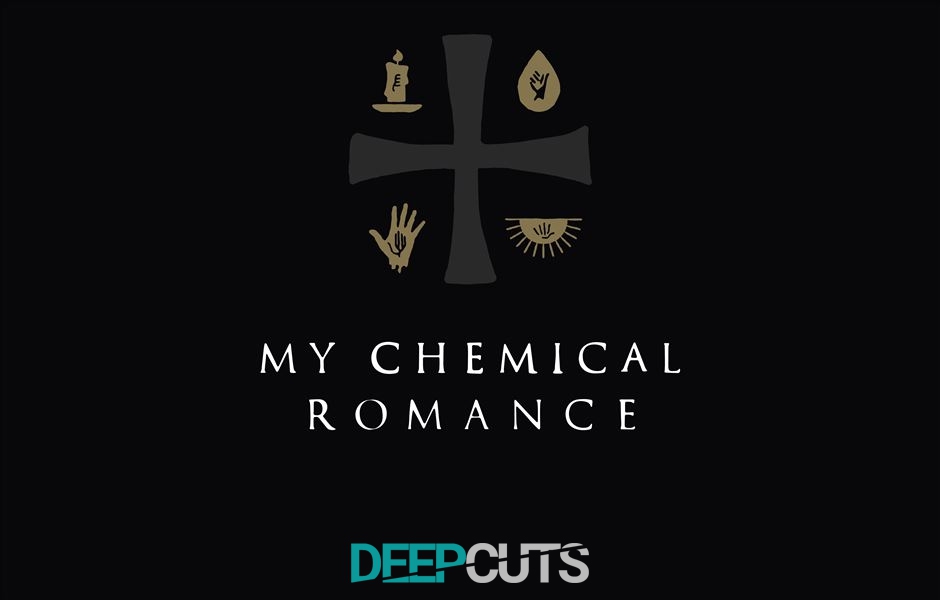 Regarded as one of the most important bands in emo - propelling the genre into the mainstream for the first time with acclaimed release 'The Black Parade' in 2006 - My Chemical Romance are back. Following a surprise reunion late last year that left fans elated, My Chemical Romance finally revealed a return to the UK this week. In June 2020, the band will bring their live show to Stadium MK in Milton Keynes for a very special performance.

In the latest of our Deep Cuts series, we're delving into the back catalogue of the era-defining band, handpicking some of their lesser known but equally incredible tracks.

Skylines and Turnstiles - I Brought You My Bullets, You Brought Me Your Love (2002)

'Skylines and Turnstiles' is often regarded as the first song My Chemical Romance ever wrote. Taken from the band's first album, released in 2002, the song is said to be based on frontman Gerard Way's firsthand experiences of the September 11th terrorist attacks. In the past, Gerard Way has said that My Chemical Romance "became my therapy from the PTSD that everyone had experienced from 9/11, and processing that.”

Vampires Will Never Hurt You - I Brought You My Bullets, You Brought Me Your Love (2002)

'Vampires Will Never Hurt You' was the band's first official single, released in 2002. The song shows early indications of the band's love of storytelling in music. Gerard Way has previously disclosed that Nick Cave's style of songwriting inspired him: "he was a storyteller, and there wasn’t a lot of storytelling happening in rock music at the time [...] I wanted to build worlds with music, and that’s what we started to do together in bringing in gothic elements, or bringing in vampires, and building this thing." Naturally, this style of writing continued throughout the career of My Chemical Romance, and led to the likes of concept album 'The Black Parade'.

Featuring vocals from The Used frontman Bert McCracken, this track comes from the band's era-defining sophomore album 'Three Cheers For Sweet Revenge'. The song is said to be inspired by My Chemical Romance's time on the road, specifically with The Used, saying that "sometimes it feels like jail when you've got eight or nine guys in a van." Gerard Way likened McCracken to a cellmate, and said of the song "I wanted Bert to sing on it, because he's one of the few people that I've met on the road and really connected with."

In 2005, the first BBC Radio 1 Live Lounge compilation was released. On it was My Chemical Romance's raw, fun cover of Song 2 by Blur. Frontman Gerard Way has often spoke of his fondness for Britpop as a genre, citing it as an influence on his later released solo album 'Hesitant Alien'. In an interview with Rolling Stone, he said of his first solo record: "the main objective was to change the landscape of music a bit. To kind of re-boot Britpop in America, see how that goes."

'Sleep' appears in the second half of album 'The Black Parade'. The album famously follows the journey of character "The Patient" as they suffer through experiencing terminal illness. As with much of the record, the song thematically centres around The Patient's self-reflection. In 'Sleep', the character's state of mind descends into apathy and defeat. Interestingly, the intro to this song features recordings of Way speaking about his own experiences with night terrors.

My Chemical Romance intended for a more psychedelic approach when it came to their fourth and final studio album. In 'S/C/A/R/E/C/R/O/W', the band cites influence from The Beatles. Guitarist Ray Toro stated in an interview with Spin that "with the backup harmonies and effect on Gerard's vocals, it's our best stab at doing a song like 'Lucy in the Sky With Diamonds'. It takes a psychedelic journey." The overarching apocalyptic mood of 'Danger Days' was allegedly inspired by a quote from Duran Duran. It said: "we want to be the band that's dancing when the bomb goes off."

'Fake Your Death' was released as part of My Chemical Romance's last album - the compilation, 'May Death Never Stop You'. It was described by Gerard Way as "the last MCR song". In a statement, My Chemical Romance said: "As sad as it was to say goodbye to the band, we look at this collection as a celebration of our best songs, and hope the memory of them continues to bring joy to you all as they have for us."

In 2016, My Chemical Romance released a reissue of seminal album 'The Black Parade', in celebration of its 10th anniversary. The album included 11 previously unreleased demos, rarities and previously unheard live versions of classic MCR songs. In amongst them was 'Emily'. Considered one of the band's darkest songs, 'Emily' - like many of the songs written during 'The Black Parade' era - is a painful outpouring of emotion, driven by loss and guilt. Even in its roughest form, the song shows incredible potential.

Due to demand, two additional dates have now been added for My Chemical Romance at Stadium MK, Milton Keynes. While Saturday 20th and Sunday 21st are sold out, tickets for Thursday 18th June go on sale this Thursday at 9.30am. Grab tickets on the link below.