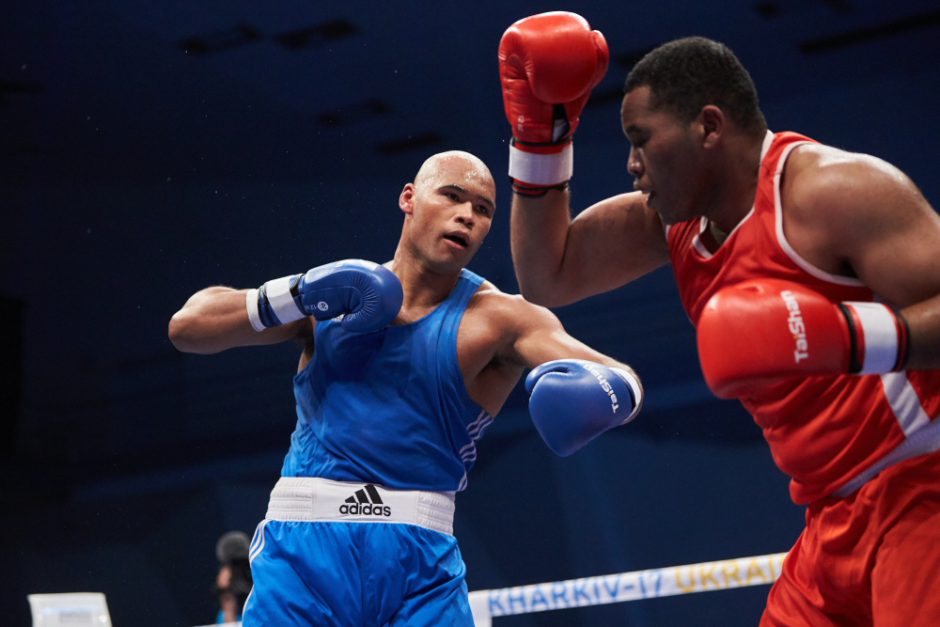 Frazer Clarke is a man on a mission. Boxing Road To Tokyo at the Copper Box Arena gives the 28-year-old the chance to qualify for his first Olympic Games and be part of Team GB's strong super heavyweight boxing lineage. With Anthony Joshua winning gold in London and Joe Joyce claiming silver in Rio, Tokyo represents an opportunity of a lifetime for Frazer to follow in their footsteps. Get to know the 2018 Commonwealth Games gold medallist boxer, who after watching some of his best friends compete at the Olympics, now has the chance to live out his dreams.

Boxing Road To Tokyo is the European Olympic qualifying event and takes place at the Copper Box Arena from 14-24 March. Tickets start from £5 and are available to buy now here.

Describe yourself in three words

For people that may not have seen you box before, describe your boxing style in three words

What would it mean to you to qualify for the Olympics?

This means everything to me; I've waited ten years for this. My life has always been about boxing and my family and friends have always been behind me. I've been with the coaches at GB Boxing for a long time now and now is the time; I'm really excited and can't wait for March to come and the chance to qualify. It means the world to me, this is what I live for.

When you think of Olympic boxing, what do you think about?

I go back to my earliest memory of watching Amir Khan on TV and after that, seeing my friends box in the Olympics so the likes of Joe Cordina, Nichola Adams, Joshua Buatsi and Anthony Joshua - there's so many! These are people that I’ve trained with, so those are my Olympic memories; experiencing and enjoying their successes.

Are there any fighters or performances that spring to mind when you think about the Olympics?

Amir Khan is my first memory as it was the first Olympic cycle that I watched. I remember watching him in the final and although he lost, what he achieved at the age of 17 was unbelievable and that sticks out to me. Then after that, seeing some of my best friends walk out and win medals at the Olympics are great memories. I can remember being in the crowd at Rio and seeing Galal (Yafai) walk out and being so excited for him. It was difficult as my friends were living my dream but I was very excited and supportive.

What are your memories of London 2012?

A big memory for me, as I was there, was Natasha Jonas against Katie Taylor. I think at the time it was a record for noise / sound on that day and it was unbelievable. The atmosphere of the British fans and the Irish fans coming together for these two great boxers was unforgettable. I was on holiday for the second week but remember watching Anthony Joshua win his gold medal and being completely captivated by it.

Looking ahead to Boxing Road To Tokyo, what are you expecting it to be like fighting in your home country?

It will be fantastic, we're a boxing country. A lot of people in the UK are passionate about their boxing and it's amazing that we’re going to be in London. The Copper Box Arena is a great venue and I’m sure everyone will get down there and support their own; that's what we do as Brits. The volume will be there, the noise will be there and I can't wait for it.

Who is your sporting hero and why?

I have a few, firstly Muhammad Ali. I loved what he stood for and that he went against the grain and always spoke his mind. I’ve got huge respect for Usain Bolt with the records he’s broken and the consistency he’s shown over the years. He was a massive ambassador for the sport of athletics, something that I want to emulate for boxing and get more youngsters coming through.

If you weren't a boxer, what would your career be?

It's difficult as boxing is all I've ever known! It would probably be something like a youth worker; I really enjoy working with young people and helping guide them on the right path. Other than that, I'm from Burton-on-Trent, a brewing town. So, I'd either be in the pub drinking it or in the brewery, brewing it!

And finally, tell us something that people may not know about you …

They might know this, they might not, but I'm a massive Only Fools and Horses fan, the biggest ever! I've got a tattoo of Del Boy on my leg. If you said general heroes instead of sporting heroes, he'd have been the first one to come to mind.

For your chance to see Frazer Clarke on his incredible boxing journey, get your tickets to Boxing Road To Tokyo today!