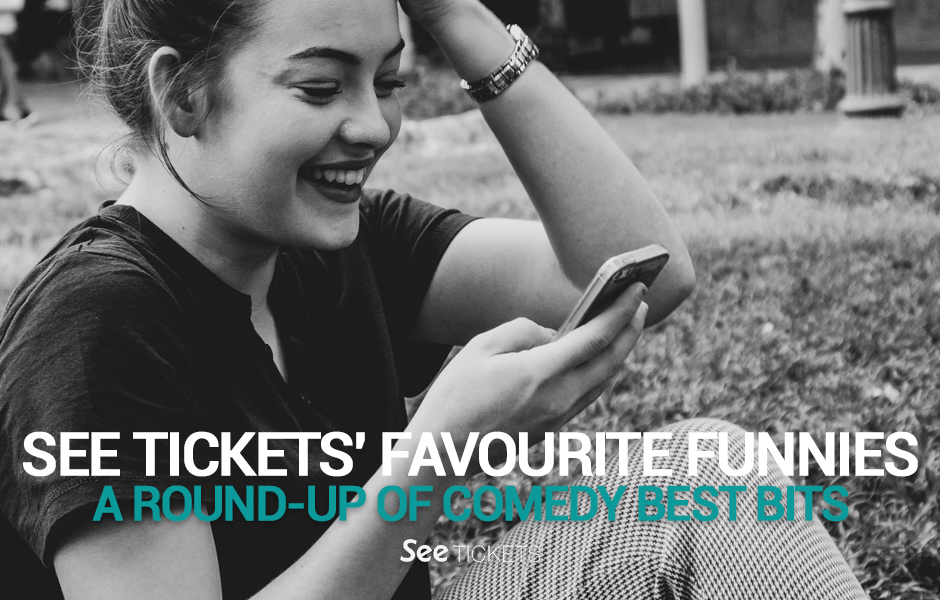 There's nothing better than sitting back, taking in some of the world's finest comedy and laughing 'til your cheeks hurt. That's why we've compiled a list of just some of our favourite comedians right now and their funniest moments. Whether it's discussing the best way to kill someone, how to smuggle a Toblerone or remembering your mother's funniest moments, these comedians know just what to say to brighten our mood.

This hilarious clip from Sara Pascoe's sell-out, 2019 stand-up tour Lads, Lads, Lads sees the comedian offer some tongue-in-cheek 'advice' on the best way to kill someone and how to get away with murder... Catch the award-winning comedian live at Bristol Comedy Garden in June here.

Award-winning comedian David Baddiel returns across the UK with his much-anticipated Trolls: Not The Dolls stand-up tour, following his hugely popular My Family: Not The Sitcom run. In this hilariously touching clip from The Nightly Show, Baddiel remembers his late mother's funniest moments - reflecting David's talent for finding humour in all things.

Taskmaster star Phil Wang shares his critique on Chinese stereotypes and the story of how his parents met in this side-splitting clip from BBC's Live at The Apollo. If you love Wang's award-winning comedy as much as we do, then don't miss him live across the UK from next month here.

We love this hilarious clip of 8 Out Of 10 Cats Does Countdown regular David O'Doherty at one of the biggest comedy festivals in the world, Melbourne International Comedy Festival. Here he discusses border security, Toblerones and being alive alongside his iconic keyboard for The Opening Night Comedy Allstars Supershow. Catch David live on his upcoming Whoa Is Me tour here.

In this hysterical segment from her Just For Laughs Festival performance, Iliza Shlesinger unpacks the real reason why women are always so tired...Known for her iconic series of Netflix comedy specials, Iliza will be at the Eventim Apollo this May for two nights - with one already sold out! Don't miss it here.