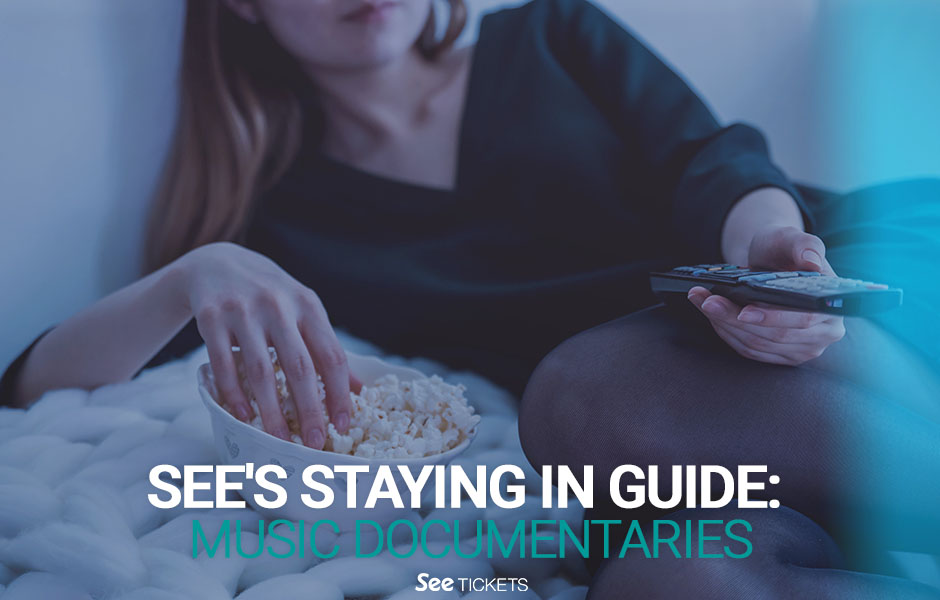 We love a good music documentary here at See Tickets, so we've compiled a list of a few of our favourites that we've watched over the past few years, featuring Oasis, Taylor Swift, Kurt Cobain and more.

This intriguing film follows American singer-songwriter and one of the biggest pop stars of the decade Taylor Swift over the course of seven years of her career. Diving into political beliefs, the highs and lows of stardom and her creative abilities, you can stream it on Netflix.

Rip Up The Road - Foals

Filmed over a 12 month period, this documentary captures Foals as they complete 'Everything Not Saved Will Be Lost - Part 1 & 2' and then go on to embark on a world tour. The film features footage from their triumphant two night career highlight shows at London's Alexandra Palace and also spends an evening with the band at Glastonbury Festival. Stream it now on Amazon Prime.

This film follows critically acclaimed rock band The National on tour, and is a hilarious and moving film about two brothers. The film is directed by Tom Berninger, brother of lead singer Matt Berninger and we get a glimpse into how it feels to have a seemingly more successful rockstar for a brother. Michael Moore described the film as "one of the best documentaries about a band that I've ever seen". Watch it here.

Montage of a Heck

Rolling Stone Magazine called it "the most intimate rock doc ever made" when it came out, and it has been hailed as one of the most innovative and intimate documentaries of all time. This film looks into Kurt Cobain's life, featuring footage from his personal archive or art, music, interviews and home movies and gives us an insight into the Nirvana frontman's private life. Watch it here.

Slipknot Unmasked: All Out Life

This documentary offers an insight into one of the most iconic metal bands to ever exist, Slipknot. It features a live intimate performance for a few lucky fans at Maida Vale Studios, and an interview with the band. Watch it on BBC iPlayer now.

Matangi/Maya/M.I.A. is a startling biographical documentary film about English rapper and artist M.I.A.. Directed by Steve Loveridge, the film follows 22 years in the rapper's life, her rise to fame and her perspective on the controversies sparked over her music, public appearances and political activism, chronicling her remarkable journey from refugee immigrant to pop star. See it for yourself here.

This film documents the making of Lady Gaga's fifth studio album, 'Joanne', and also follows her as she prepares for her incredible super bowl halftime show. The documentary also reveals more about her as a person and confronts us with her physical and emotional struggles. Watch it on Netflix.

This documentary film is a revealing look into the rise of seminal '90s rock band Oasis and the creativity and chaos that brothers Noel and Liam create. Featuring never-before-seen concert footage and interviews, it's a must see for any Brit pop fan out there! Now available on Netflix.

This documentary focuses on the careers of Dr. Dre and Jimmy Iovine, two legendary artists who changed the music industry forever. Both men went on to cause a chain of transformative events in contemporary culture. The series went on to be nominated for a Grammy for 'Best Music Film' and features interviews with Snoop Dogg, Ice Cube, Tom Petty, Bono and more. You can watch the it now on Netflix.