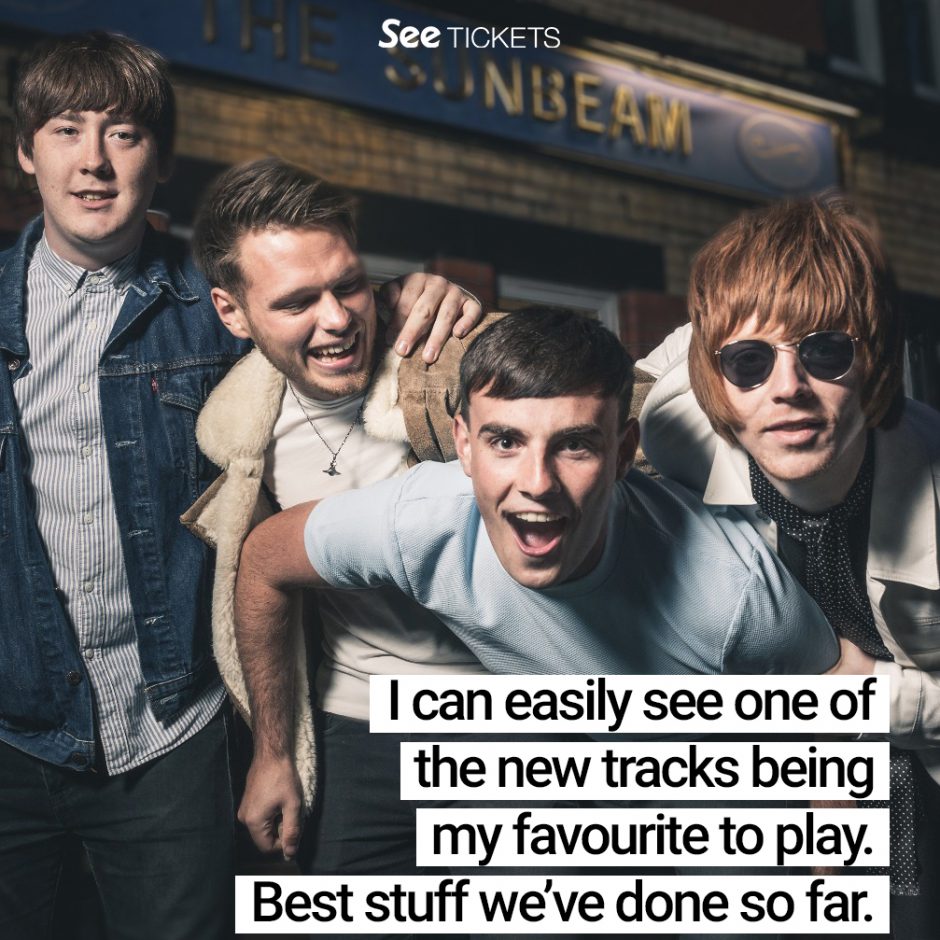 We took a few minutes to chat with The K's member, Jamie Boyle about the history of the band, how they're keeping themselves busy at the moment, their weekly live streams and more! Check it out below...

How did you guys meet?

Me and Dexter met in Nursery at Newton-le-Willows primary in about 1999. We’ve been best mates ever since. We both went to high school at St Aelreds in Newton where we met lead G Paddy (Ryan), although we weren’t in a band together since after school.

We were at an afterparty in around 2017 and got talking and decided we’d do something together. The rest is history! Jordan joined after seeing a post advertising we needed a drummer. We had about 10 lined up over the weekend and Jord was the first on the Saturday morning. Straight after we rang our team and said take the posts down and cancel the other nine. True story!

Where did your band’s name come from? Does it stand for anything?

When we were in school there was a record shop in St Helens called Kaleidoscope records. We were named ‘The Kaleidoscopes’ after that, but over time evolved into the K’s.

What would be your dream festival to perform at?

I’d say Glastonbury but we’ve played a few in Europe when the weathers always class and they’re always mint as well. Fuck it, we’ll say Coachella actually. See you in the valley.

We love your song ‘Got a Feeling’. Do you have any new songs or albums in the pipeline?

We’ve got absolutely loads of new tunes. Album talks are happening and are looking as promising as we can say without getting into any trouble! We’ve had loads of studio time booked to get the new stuff down, but corona has fucked that up for us. We’ll be back in as soon as this all blows over though.

What has been the biggest highlight for the band?

The Ritz is the obvious stand out gig. What a night and what a crowd. But with last year’s festivals and two fully sold-out tours, it’s hard to pick one moment!

If you had to pick one, what would be your favourite song from your collection

I’d say ‘Glass Towns’, me. I think Jord and Paddy would say ‘Aurora’ though and Dexter’s is ‘TV’, a new unreleased track. I can easily see one of the new tracks being my favourite to play. Best stuff we’ve done so far.

Do you have a favourite city to perform in?

Couldn’t pick one. Manchester, Liverpool, Glasgow, Newcastle, Sheffield, Nottingham, London, stick us fucking anywhere and we’ll take your roof off for ya.

What advice/ tips would you give to smaller or local bands looking to start playing gigs?

Write true to yourself, don’t try and sound like anyone else and don’t be a prick.

How are you all keeping yourself busy at the moment? Do you video chat each other?

Bored as fuck. Really bad. I can’t leave the house for 12 weeks and Ryan is the same at the minute! Me and Ryan actually write a full tune just sending voice notes of sections to each other on WhatsApp, which is a different process, but it sounds good! We’re in constant contact with each other and we’re doing joint live streams every Friday at 7pm on Instagram and Facebook which is always a mint laugh an’ all.

The K's will be heading to Manchester this October, don't miss out on tickets!