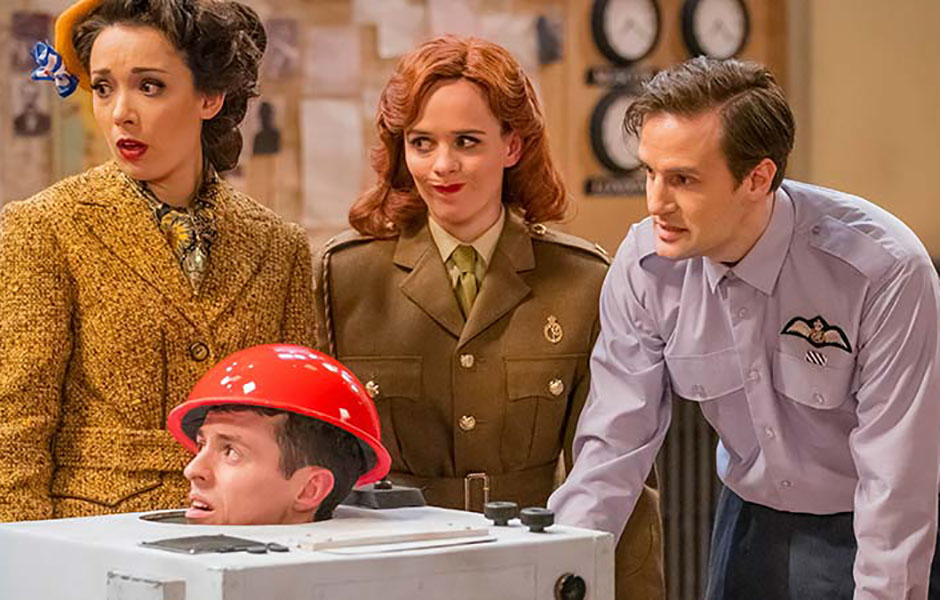 Mischief Comedy are the hilarious group behind West End favourites such as The Play That Goes Wrong, Magic Goes Wrong and The Comedy About A Bank Robbery. As well as making us laugh on the stage, they also have their TV show The Goes Wrong Show on the BBC, which has also been renewed for a second season!

We got to ask Mischief's very own Jonathan Sayer a few questions about the company, how they got started, and a few tricks of the trade. Take a look and see what he had to say.

How did Mischief Comedy come about and who should we blame?

Mischief was started in 2008 by lots of different people studying at LAMDA!

If you had to choose between devising or acting, which would it be?

Probably writing. Oh that’s not one of the options...devising, but then I do enjoy acting too!

As a collective, what is a takeaway you are looking forward to getting when the lockdown is over? Like a food?

It will be great to get a pizza in between shows on a Saturday again! (Sorry is that what I'm being asked)

The Play That Goes Wrong is a See Tickets favourite. The show has had a huge amount of success both in the UK and America, would you say there are any big differences in UK audiences compared to American?

Hardly any! We say paint thinner instead of white spirit and intermission instead of interval but other than that it's more or less the same show. An amazing thing about the show is it's been on in over 40 countries and it's the same everyone (except the language of course).

You are able to put a lot of jokes into your shows without it feeling like it's too much, and also leaving the audience wanting more. What is the trick to knowing what you as a group of friends will find funny versus what will be found funny on a wider scale, and does this make the editing process longer?

I think we just try to write what we think is funny and then when we workshop together we get lots of feedback and we find new moments and jokes together as a collective. It tends to be that the stuff that really makes us all laugh that the audience enjoys the most. I think they can sense the joy and the fun we're having.

At what point as young actors and improvisers did you realise, 'wow this company could really be something'?

It's a hard question, maybe when we first got an offer to take 'The Play That Goes Wrong' to The Pleasance in Edinburgh, or when we first toured the show. I don't really think like that. I just think about if I like the show and if we're enjoying it.

You have without question cracked the formula in doing wrong, right. If you had to advise on what that is in a sentence, what would that be?

Never look for laughs, it's a comedy for the audience but a tragedy for the characters on stage.

Have you ever written a character you think you would have hated in real life? If yes, who?

No I don't think so. I'm not sure I could, I think it's important when you're creating and writing never to judge a character, you want to make them three dimensional and full of idiosyncrasies so there is always something redeeming about all the characters. I think that's how you take the audience on a journey.

If you could give your student selves 3 pieces of advice on how to get your show on the West End, what would they be?

I wouldn't think about getting to the West End, that's never been our goal, it's just been an amazing thing that has happened on the way. My advice would be: 1. Do what you enjoy, have fun, there's no point otherwise. 2. Stay curious, don't take yourself too seriously. 3. Don't be scared to fail, that’s part of creating, just be yourself.

What 3 shows can you not wait to see when the lockdown is over?

My sister had written a play called 'I am not a Bird, I cannot fly'. I want to see that! I'm so sad I can't.