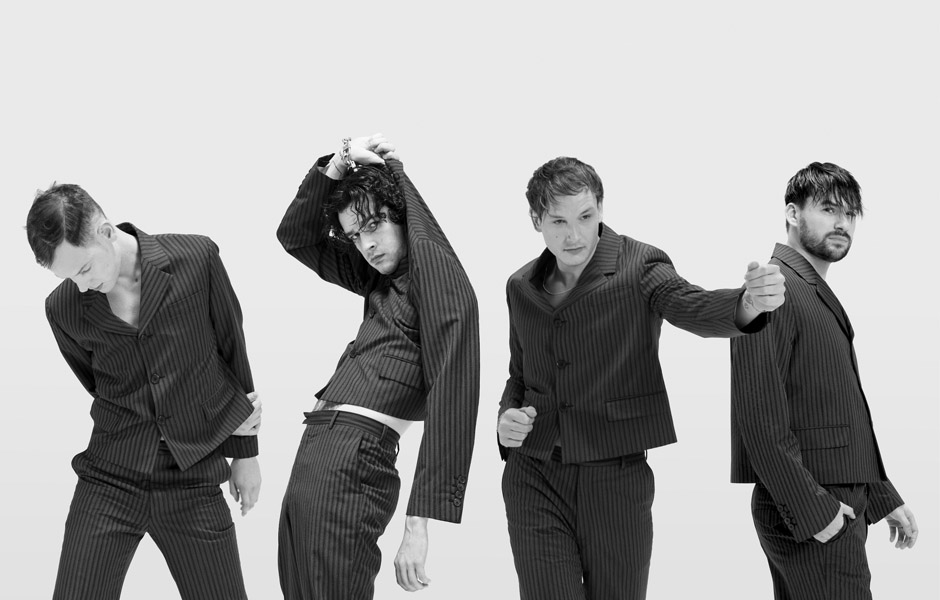 The 1975 are without a doubt one of the most popular bands on the planet right now and have achieved a long list of accolades to be celebrated. Best know for hits 'Chocolate', 'The City', 'Somebody Else' and so many more, the band brought their long list of much-loved singles across the UK earlier this year on their 'A Brief Inquiry Into Online Relationships' tour; a toast to their number one, identically named album.

With fourth album, 'Notes on a Conditional Form', due next month we've taken a look into artists we think you'll love whilst you wait patiently for the boys' new music. Check them out!

Winner of NME's 2020 Radar Award, 19 year old beabadoobee is on everybody's ones to watch list right now. Supporting The 1975 on their last 2020 UK tour, beabadoobee's bedroom pop is the uplifting, dreamy soundtrack we all need in our lives right now.

With their second album 'Are You OK?' chosen as BBC Radio 6's Album of the Day, indie-pop quartet Wasuremono are the entirely DIY band you need to listen to right now; releasing all music on their own label Wilderness Records'.  This album is top-to-toe full of feel-good, sunny anthems that are guaranteed to make your days a little brighter.

Recently taking over TikTok with self-depreciating bop 'Supalonely', as videos of users dancing to the hit have become a viral sensation; 20-year-old BENEE has already achieved her first number one single in home country New Zealand, before even releasing a debut album. She's also won a number of awards and we're certain she's onto amazing things.

Successful YouTuber turned singer-songwriter, rapper, and music producer Joji has been inspiring us with his lo-fi hip-hop beats since his first EP 'In Tongues' in 2017. With a number one album for debut LP 'Ballads I' already to his name, last week Joji teased his upcoming sophomore album 'Nectar' with irresistible track 'Gimme Love' alongside the poignant 'Run'. If this just a taste of what's yet to come then we cannot wait for more.

Featuring on The 1975's single 'Jesus Christ 2005 God Bless America', Phoebe Bridgers has been considered a cornerstone of indie rock for a few years now: with debut, critically acclaimed album 'Stranger In The Alps'; a member in supergroups boygenius and Better Oblivion Community Centre; and collaborations with some of the biggest names in the industry. Bridger's second album 'Sophomore' is released this June and we truly can't wait to see what she's got in store for us this time.

It's not very often you see successful bands formed of eight members that live across the globe from one another, but experimental collective Superorganism is just that. Winning over crowds at Coachella last year, the eight-piece are famed and well-loved for their refreshingly wacky pop sound - including the use of bizarre and unique instruments, such as opening cans of fizzy drink to the beat in 'Everybody Wants To Be Famous'. Superorganism are like nothing you've ever heard before.

If you like the sound of these incredible artists, take a listen to our For Fans Of playlist below: