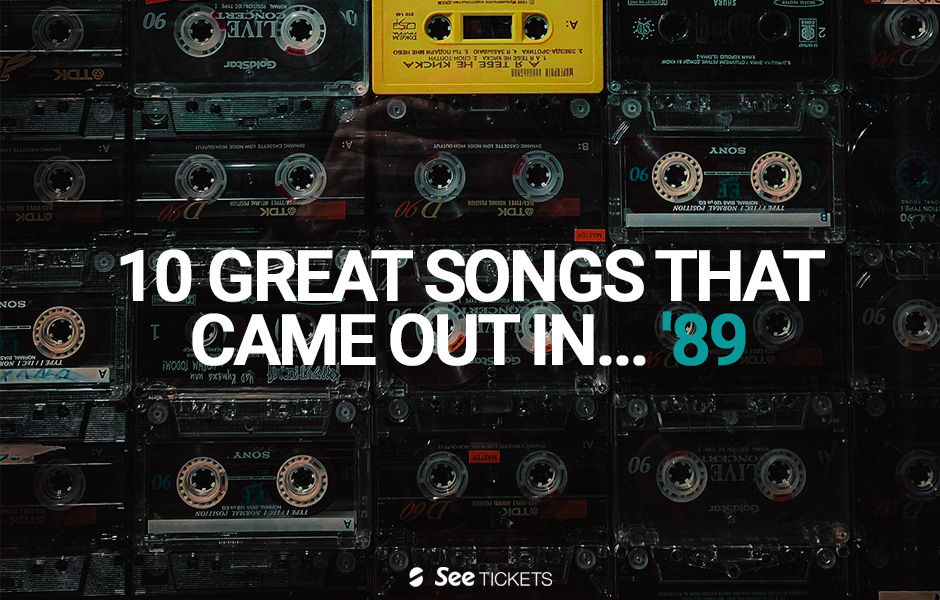 'Lovesong' was the third single released from the band's eighth studio album, 'Disintegration'.  The song has been covered several times and was even performed by Adele and featured on her 2011 album, '21'.

Soul II Soul - Back To Life

'Back to Life' reached number one in the UK Singles Chart and stayed there for four weeks in June and July 1989. The song even went on to win the group their first Grammy Award for Best R&B Performance in 1990.

This was the band's first and only number one UK hit, and is based on a traditional folk Irish song called 'She Moved Through The Fair', which singer Jim Kerr used as the melody and re-wrote his own lyrics.  Simple Minds are heading out on tour, tickets available here.

Belinda Carlisle - Leave A Light On

'Leave A Light On' was the first single released from Carlisle's third solo album, 'Deep Deep Ocean.' George Harrison even provided the slide guitar solo, stating how much he loved Carlisle's voice. As the lead singer of the Go-Go's, one of the most successful female bands of all time, Carlisle has had a prolific music career, and has recently announced new tour dates. Tickets available here.

Texas - I Don't Want A Lover

'I Don't Want A Lover' is the debut single from Texas's first album 'Southside'. The song went on to be featured in the 1999 British comedy film, 'Beautiful People'. Tickets available for their tour here.

Prince wrote 'Batdance' for Tim Burton's 1989 film Batman. Although the song never actually featured in the film, it was used as a promotional tool and helped Prince earn his fourth number-one.

Featured on their album 'Cosmic Thing', 'Love Shack' is considered to be the band's signature song. Before he became the Supermodel of the world and host of RuPaul's Drag Race, RuPaul featured in this music video! Can you spot his cameo appearance?

The song was inspired and written about Elvis Presley, whose portrait would often be painted onto black velvet. Alannah Myles went on to win the 1991 Grammy for 'Best Female Rock Vocal Performance' with this song.

This song was also based on the king of rock and roll, and was inspired by Priscilla Presley's book 'Elvis And Me', where she described their relationship. Martin Gore of Depeche Mode said: "It's a song about being a Jesus for somebody else, someone to give you hope and care. It's about how Elvis was her man and her mentor and how often that happens in love relationships - how everybody's heart is like a god in some way, and that's not a very balanced view of someone, is it?"

We couldn't talk about music in the eighties without mentioning the Queen of pop herself.

'Like a Prayer' was the first song by a major artist to be used in a commercial before being released to stores or radio stations. Pepsi signed Madonna to a $5 million endorsement deal, which included a two-minute commercial that would debut the song. Religious groups were outraged, with The Vatican condemning the song. Pepsi, facing a boycott, dropped Madonna and never again aired the commercial. Obviously, this didn't affect Madonna's career, and the song went on to have worldwide success, becoming the tenth best-selling song of 1989 in the UK. The best selling single? Black Box with 'Ride on Time', which you can still hear being played out on radio stations now...