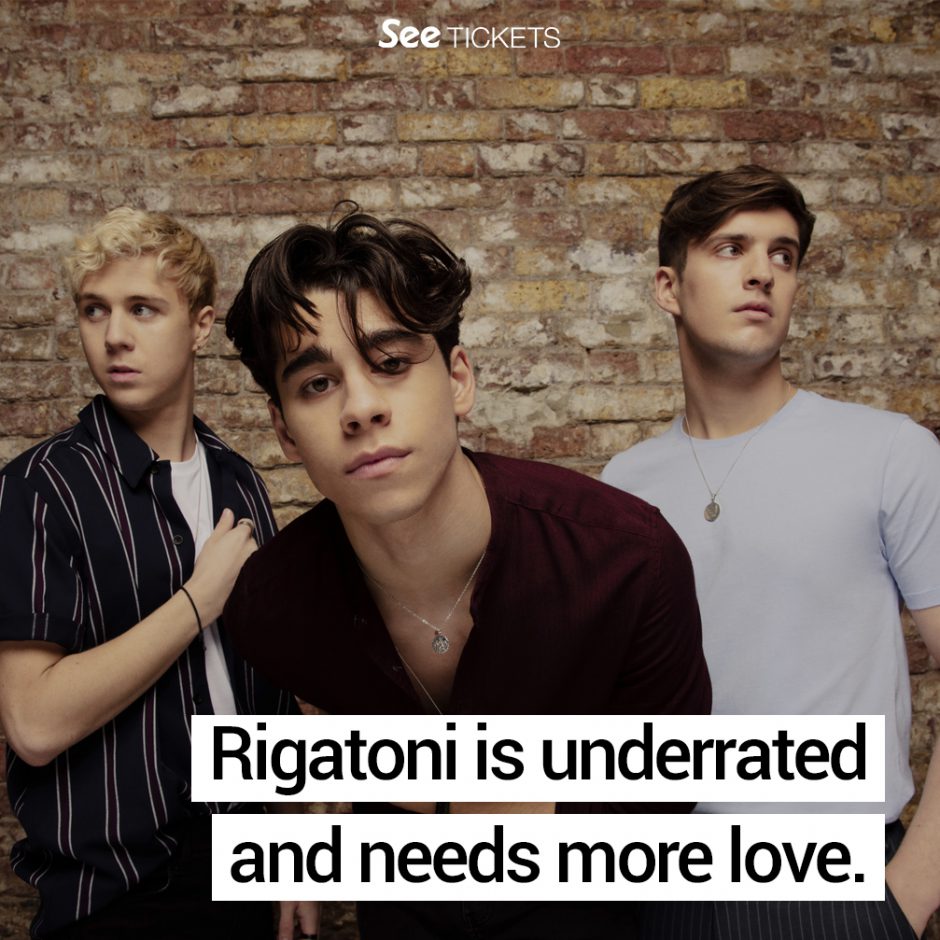 We had a chat with New Rules' Alec on their latest video to new track 'Pasta', how they're keeping themselves busy, their Tik Tok channel and most importantly their favourite pasta dishes... Check it out below!

How did you all meet?

We all met online (we’re a very Gen Z band). Nathan’s old band had broken up, so he started writing more with the intention of finding people to start a new one with. He’d found one of the covers I (Alec) had posted on Instagram and got in touch, from there he asked if I wanted to meet and try out some writing. He didn’t live far from me, so we did, and we clicked pretty fast. We found Ryan in a similar way on YouTube a little later. We convinced him to fly over on his summer break, and things then started to fall into place. We haven’t looked back since!

How did you pick the name ‘New Rules’?

New Rules came about because we were stuck on what to call ourselves – we asked a bunch of our mates to send in ideas. One of them was New Rules, and because of the Dua Lipa song, it was current and just felt pretty good. Obviously, nobody ever gets these things right, but it’s worked out well so far!

We’ve seen you guys have recently joined Tik Tok, what kind of content can we expect to see from you all on here?

We try not to take it too seriously, so it’s mainly us three being weird or doing funny videos. Two of us have just made our own personal accounts and have been posting covers of songs on those too.

How did it feel supporting Little Mix on their LM5 tour?

It was incredible! We didn’t think that we’d be touring the country and playing these huge venues so early on as a band, as it had only been 6 months since we’d released our first single. But we loved it, it was surreal, and the girls were lovely - we learned a lot from them!

We love your new video to ‘Pasta’ – what’s the meaning behind this track?

Thank you! Pasta deals with two topics, one being the societal pressure put on young women to always look good, and the other being self-acceptance. As a young band that is active online, we know what it’s like feeling the need to always look our best for a photo or video, and it’s daunting. Especially when you scroll through Instagram and just see all of these photos of influencers and models, that society would deem perfect. We knew how important this song would be for our fans, as it is for us too, and hopefully a lot of other people who hear it too.

What’s been the best highlight for the band to date?

It’s coming up to one year since our first release, and there have been a lot of memorable moments so far. We all agree that our most recent tour was a highlight. We played venues twice, sometimes three times the size of what we’d played just 5 months before, on our first headline tour, which is unreal. Things have moved quite fast with our band, so it’s easy to overlook the progress. It’s something we’re really proud of, and we can’t wait for our next tour coming up in October.

How have you been keeping busy during this time?

We’ve been doing our best to adapt to the situation and keeping ourselves preoccupied with a new Instagram live series called New Rules and Friends, doing lots of Tik Toks and generally just staying active online so we can interact with fans. We released our new single Pasta a week or two into lockdown, and plan to release another soon, and we’ve also done our best to stay creative and keep writing although we’re in separate places.

And last but not least... What are your favourite pasta dishes?

Anything with seafood I’m good for (Alec), Carbonara because it literally has the word carb in it (Ryan), Rigatoni is underrated and needs more love (Nathan)

If you want to catch New Rules live, they're coming to Leeds, Manchester, London, Cardiff and Birmingham next May!