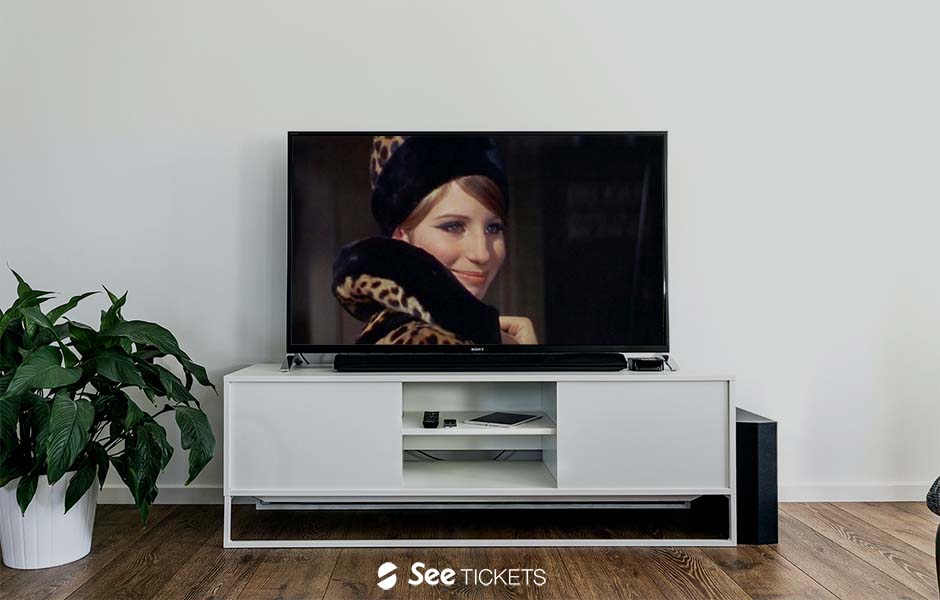 No one can celebrate the magic of movies quite like a musical. Fancy escaping for an hour or two from reality and entering a world of song and dance? So, take a look at our list of unmissable classic musical films and see them for the first time or maybe the third time!

West Side Story is the award-winning adaptation of the romantic tragedy "Romeo and Juliet". The original film from 1961 is a true classic which features impressive performances and amazing visuals.

The story: Two youngsters from rival New York City gangs fall in love, but tensions between their respective friends build toward tragedy.

Starring Barbra Streisand in her first movie debut, Funny Girl features some of the most iconic songs including People and Don’t Rain On My Parade. Can you believe this film is 52 years old?

The Story: The life of Fanny Brice, famed comedienne and entertainer of the early 1900s. We see her rise to fame as a Ziegfeld girl, subsequent career, and her personal life, particularly her relationship with Nick Arnstein.

The King and I

Shall we Dance? Released in 1956, The King and I is a multi Oscar winning classic film from the greatest musical partnership of the 20th century, Rodgers and Hammerstein.

The Story: A widow accepts a job as a live-in governess to the King of Siam's children.

Starring a legendary cast and featuring many karaoke tunes ("You're the One That I Want", "Summer Nights"), Grease is undeniably one of the most popular musical films of all time.

The story: Good girl Sandy Olsson (Olivia Newton-John) and greaser Danny Zuko (John Travolta) fell in love over the summer. When they unexpectedly discover they're now in the same high school...

Singin' in the Rain

"I'm singing in the rain, just singin' in the rain. What a glorious feeling, I'm happy again" Even if you haven't watched this romantic comedy film, we're sure you know the song... So if you need a mood booster, we guarantee Gene Kelly will put a smile on you face.

The Story: A silent film production company and cast make a difficult transition to sound.

Released in 1955, Oklahoma! is the film version of the legendary Broadway musical. It is also the first musical written by the well known duo Richard Rodgers and Oscar Hammerstein II.

The Story: In Oklahoma, several farmers, cowboys and a traveling salesman compete for the romantic favours of various local ladies.

The Umbrellas of Cherbourg

The Story: A shopgirl (Catherine Deneuve) and a poor mechanic fall in love only to be separated when he departs for military service. Discovering she is pregnant, she is nudged into marrying an accommodating diamond merchant by her ambitious mother.

The story: A cabaret singer in Weimar Republic era Berlin meets a British academic and a German playboy while the Nazi Party rises to power around them.

The Sound of Music

Starring Julie Andrews and featuring the most iconic musical numbers of all time such as "Do-Re-Mi",  "So Long, Farewell." and "My Favorite Things", The Sound of Music is one of the most classic musical films.

The Story: A woman leaves an Austrian convent to become a governess to the children of a Naval officer widower.

Do you want to see one of this musicals live on stage?
Sign up now to be notified when a show is coming to the West End!

For the latest theatre show listings, from upcoming plays to classic West End picks, find out everything you need to know on the See Ticket's theatre section here.

Keep up to date with your Theatre news, priority bookings and exclusive offers from See Tickets: