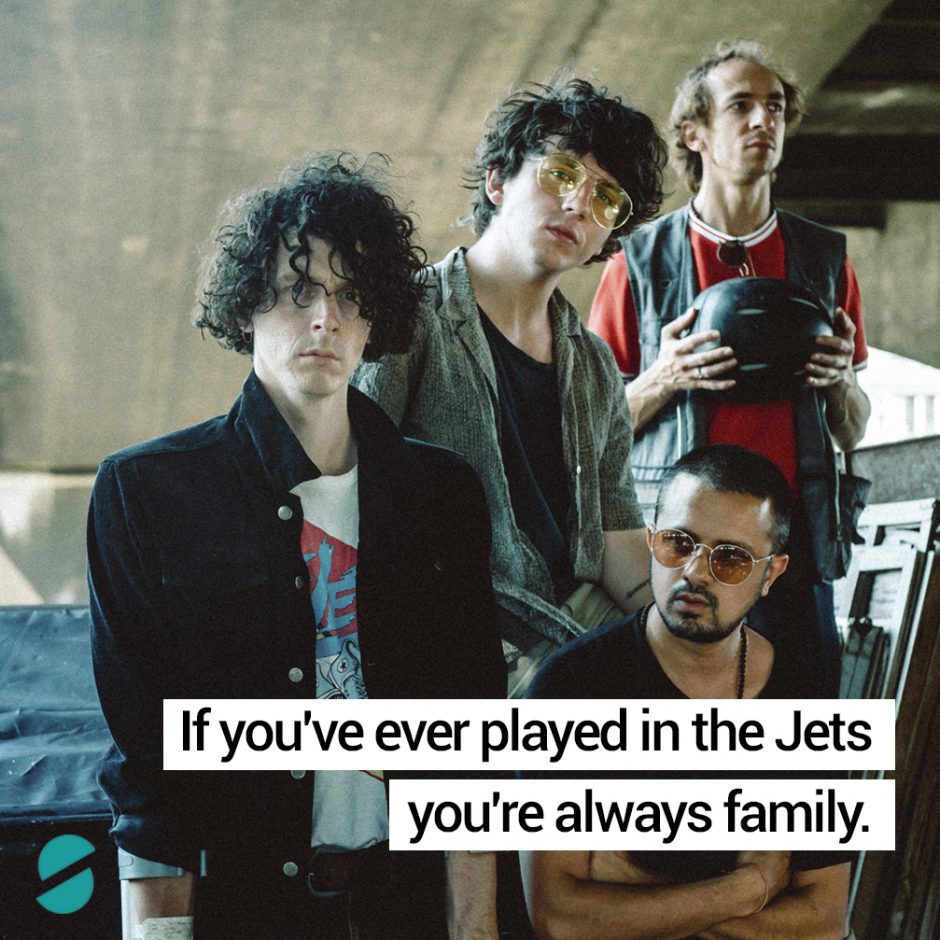 We had a chat with Mystery Jets' Blaine on their journey as a band, the music that influences them, their plans for the future and lots more! Take a look below, and don't forget to grab tickets for their upcoming tour.

Your new album A Billion Heartbeats was released in April, were you listening to anything at the time that you made the record?

I don't generally have music on when I write - I like to allow the space in my head to be filled with new songs. I'll read and listen to podcasts, particularly if they're related to the subject I'm exploring with the lyrics. In that sense, I'm always on a bit of an archaeological dig when I'm writing. But when we're tracking in the studio, we're constantly referencing records by other artists, because it's more of an explorative sonic process, and it keeps everyone excited. But the writing itself, I like to keep as pure as possible.

What else inspired you this time around?

The songs on ABH were inspired by a series of marches I attended through central London during 2016-2018 whilst living as a property guardian in an empty building just off Trafalgar Square. In that time I really found my self immersed in the ephemera of protest culture. I went to a lot of events during that time which undoubtedly influenced my understanding of those events - 'Strange Days' at 180 the Strand. UCL's protest poetry festival, I went to some XR citizen's assembly gatherings up at Oxford Circus and Marble Arch and also on Waterloo Bridge. Also, literature - a collection Noam Chomsky's essays and Naomi Klein's 'No is not enough'. Many of the lyrics were inspired by discarded placards, which I kept and filled a whole wall of my apartment.

Do you still get excited to get out on the road?

I can't tell you how excited we are to finally take the new songs out on the road. The tour isn't for a while, but I think it allows time for people to allow the record to get under their skins, which will ultimately make the shows even more rewarding.

What can fans expect from the live shows?

We want to teleport the audience to Trafalgar Square. To capture the feeling of a protest via a multi-sensory musical experience.

You released your first album 14 years ago, that's a long time...has your writing process and sound changed over the years?

We wrote the first album 'Making Dens' very much as a group, hence why it perhaps sounds more cluttered and frantic than some of the others. After that we refined the way that we write songs, usually writing individually or in pairs and bringing that to the group.

Henry co-writes all the lyrics with either myself or with Will, before he left. Sometimes I'll write in isolation and sometimes I will call the other guys up to send me a beat or a guitar part of loop or whatever which I'll integrate into the demo, but the magic really happens when we all get in the same room together. With four hearts, four brains, four sets of hands all working at once - whole new possibilities become unlocked.

What album or artist inspired you the most when you were first starting out, leading you on the journey you've been on as a band?

There were so many. The first King Crimson record, Pink Floyd's 'Piper at the Gates of Dawn' and 'the Wall'. The first Smiths album, Kate Bush's 'Hounds of Love', Talk Talk's 'Spirit of Eden', the first Coral record, The Cure's 'Three Imaginary Boys', The German industrial group Einstrürzende Neaubauten (Particularly in regards our live shows), Patrick Wolf's 'Lycanthropy' and of course an honorary mention to The Libertines' 'up the Bracket'.

When you're a young band, you wear your influences on your sleeve with pride. The same way you scrawl all your favourite band's logos on your pencil case at school. What I've found interesting as time goes by, you become less compared to other artists and more your own work. That's kind of a trip, but cool I guess.

There's a lot of bands that were around when you started but have since disappeared, why do you think that Mystery Jets have stood the test of time?

Maybe because we never tried to be 'current' or found ourselves chasing a fast ascent to being the coolest band in town. Ultimately next month it's going to be someone else, and you'll be yesterday's news. A lot of bands can't handle that drop in attention, it eats them away. We've been dropped three times and been signed 5 times! You have to be resilient and learn how to bounce back.

We've always very much existed in our own bubble, a bit part of that is having my dad Henry in the band, he makes everyone feel part of the family. A family never ceases to be, you may fluctuate between feeling closer and further apart over time, but if you've ever played in the Jets you're always family. No one's in it for the money.

What are your plans for the future?

To make albums until there are none of us left. Actually by that time probably most of our kids will be in the band so maybe they'll carry on without us, I'll leave it to them to make that decision.

Make sure you catch Mystery Jets on their tour! Grab your tickets below.