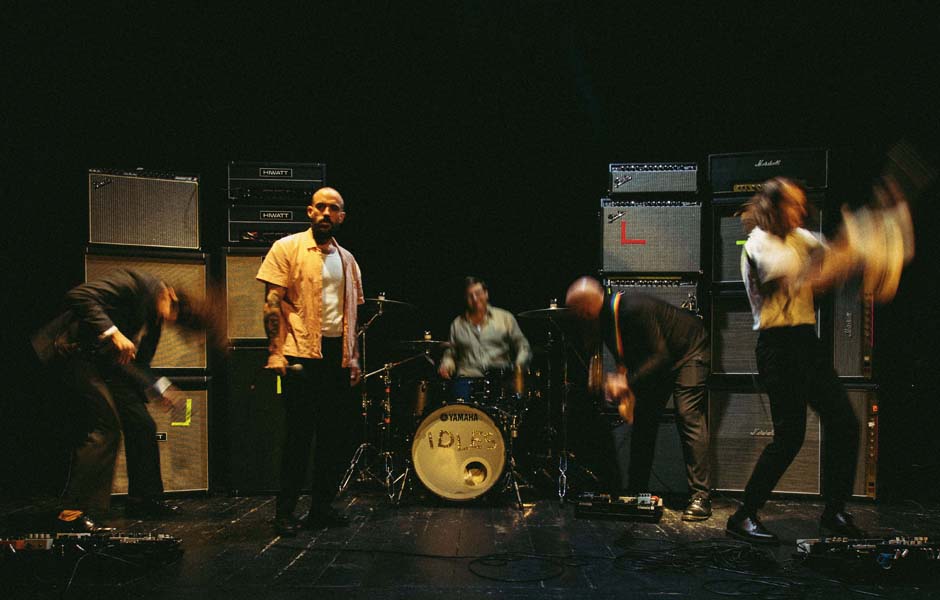 On the brink of releasing their third album 'Ultra Mono', punk-rock five-piece IDLES have solidified themselves as one of Britain's biggest rock bands.

Since their breakthrough debut album 'Brutalism' in 2017, IDLES have always been at the forefront of political issues. Whether it's the UK class system, toxic masculinity, Brexit, or feminism, they're guaranteed to have something to say about it; it's no surprise why these punk powerhouses are so loved for their honesty on such polarising topics.

But it's not just politics the band have got their finger on the pulse, they're not afraid to scrutinise, tear apart and expose their own personal struggles. It's this sense of vulnerability as armour which resonates with their audience, and so much so that earlier this year the band released profound documentary Don't Go Gentle, about "finding strength in vulnerability", to critical acclaim.

Since their first album, the last three years have seen IDLES sell out venues across the UK, their second album 'Joy As An Act Of Resistance' nominated for a Mercury Prize Award, nationwide critical acclaim - including BBC Radio 6 Music's Top Album of 2018, supported Foo Fighters, won a multitude of awards and so much more.

With a third album, 'Ultra Mono', due for release later this month (25th September) and a mammoth UK tour announced for 2021, we can't wait to see what the next era of IDLES will bring.