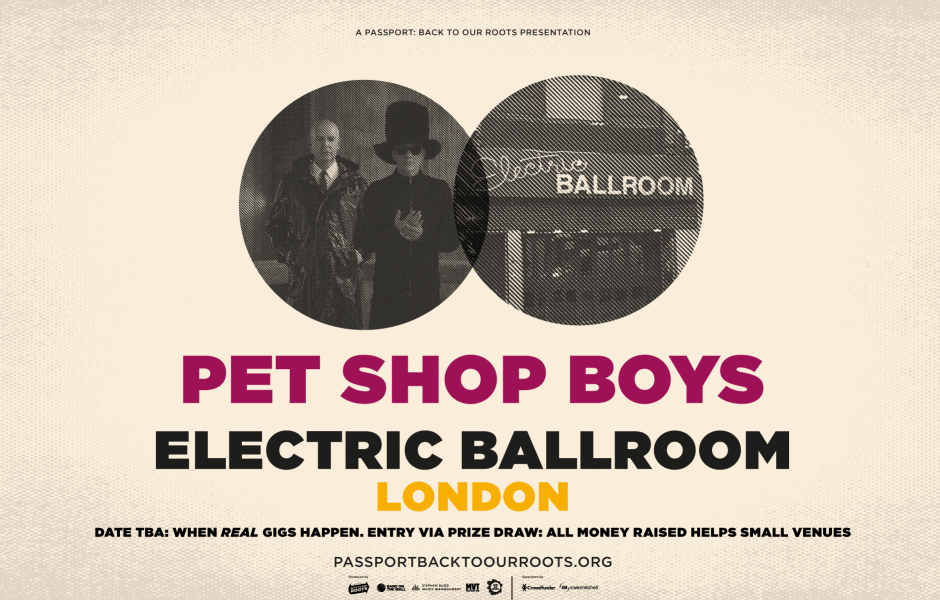 Pet Shop Boys perform a one-off, intimate show at the Electric Ballroom to raise money for independent grassroots music venues as part of the Passport: Back to Our Roots project.


Passport: Back to Our Roots is a nationwide series of one-off intimate gigs by the UK's biggest artists, supporting the independent grassroots venues that form the foundations of the UK’s live music scene.

This is your chance to watch the biggest artists play their smallest gigs – live and in person like they should be – while making a huge difference to the UK’s crisis-stricken grassroots music venues, who need urgent help due to COVID-19 closures.

The gigs will be happening as soon as real shows can happen safely - these are not socially distanced, compromised experiences. Prize draw entries for each gig will be open for two weeks, and at the end of each campaign, all proceeds go to support these venues who need the money, right now. By making a £5 donation you’ll be entered into the prize draw to get into the show you and a friend!

Produced by Band on the Wall, the Music Venue Trust and Stephen Budd Music (creator of War Child's Passport: Back to the Bars & Passport: To BRITs Week series).