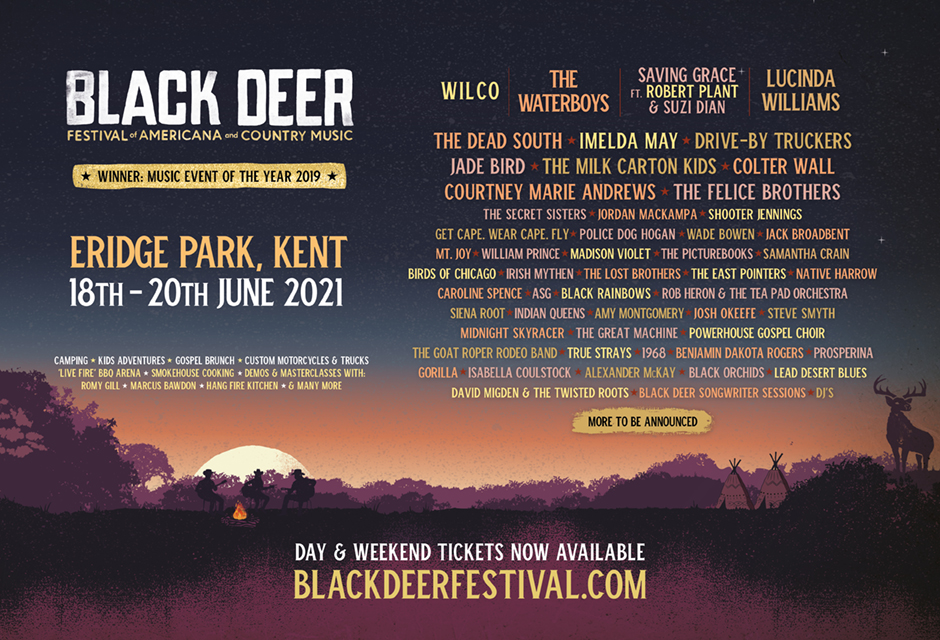 The Kent-based independent Americana festival have announced Nashville living legend and three-time Grammy Award winning singer-songwriter Lucinda Williams, along with politically-charged US heroes Drive-By Truckers and Colter Wall to a line-up already including Wilco, Robert Plant and The Waterboys.

Alongside the music, Black Deer Festival are once again cooking up a storm in their Live Fire Arena. Promising even more mouth-watering delights. Jon Finch and Ben Merrington - founders of Grillstock, the largest authentic BBQ festival outside of the US - are back pioneering the Americana barbecue scene. They will be joined by a culinary line-up of BBQ pros and innovators, sharing live fire cooking techniques harnessed from personal experimentation and travels far and wide.

Full weekend tickets and day tickets are on sale now!